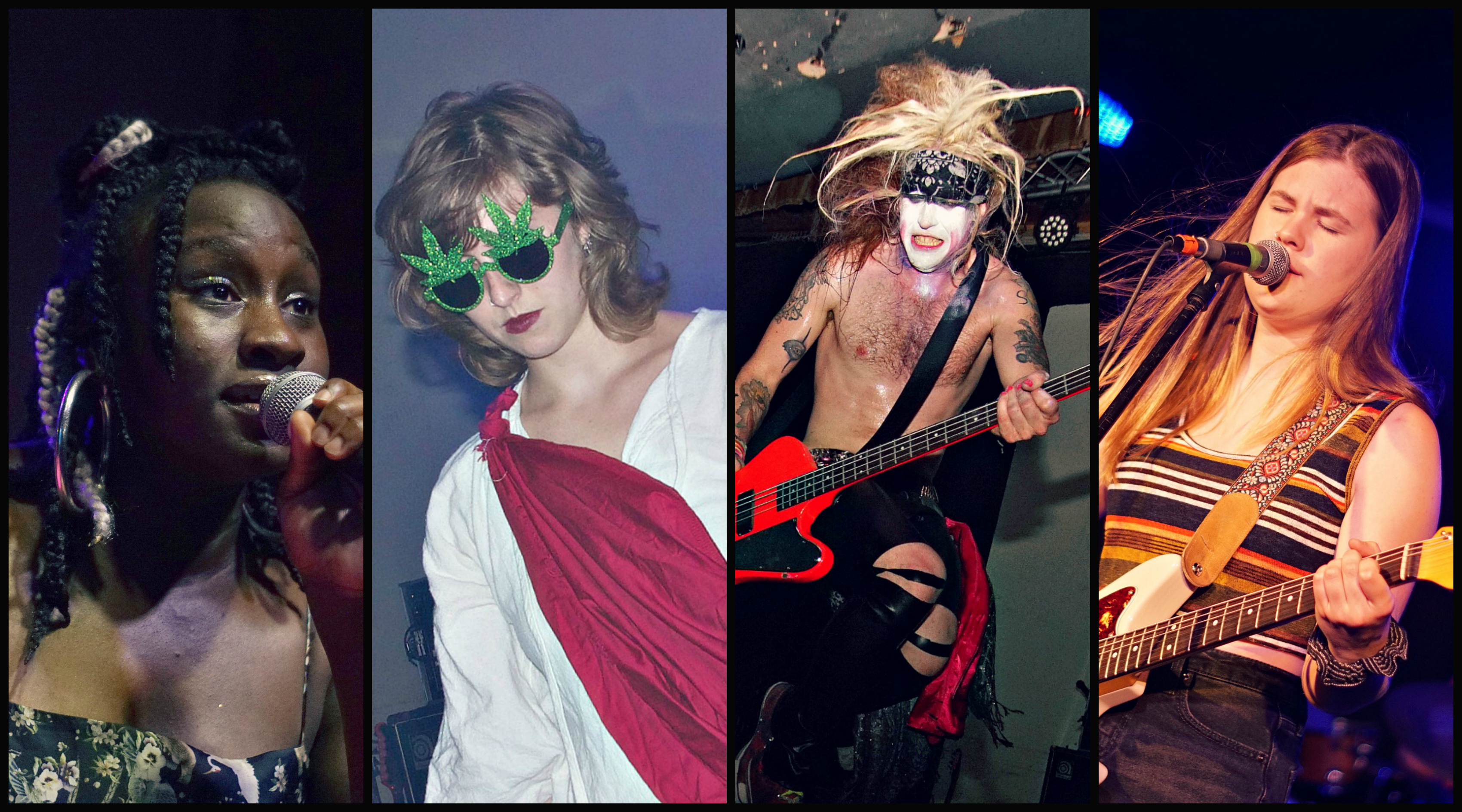 We came. We saw. We blazed with Jesus.

Friday was one for the goths, wastoids, and gays as Lawrence Field Day Fest delivered a night of dramatics and fanatics. The audience at the Granada spent much of the night picking their jaws up off the floor after witnessing what The Midnight Devils brought to the stage (and off the stage). You wouldn’t expect the sexiest rock and roll event of the Summer to come from Nebraska, but here we are. The Omahotties furiously shredded their flying V’s against their glistening, bare chests with hair was as high as our emotions.

Other notable moments at the Granada came from JC and the Nuns’ religious themed drug-doting ballads, while Serene Fiend flexed hard for the cautiously emerging goths in Lawrence. Over at Lucia, Collidescope provided serious grooves, while the Band that Saved the World brought AAAAALLL the funk with their horn ensemble. The Bottleneck, which doubled as an ice box away from the Summer heat, saw a wide array of teen angst thanks to Oxford Remedy and Iris Elke. Vibralux, in stark contrast, lured everyone to the valley of the dolls and province of plastic bitches.

Photos below via Fally Afani and Mike Wade.