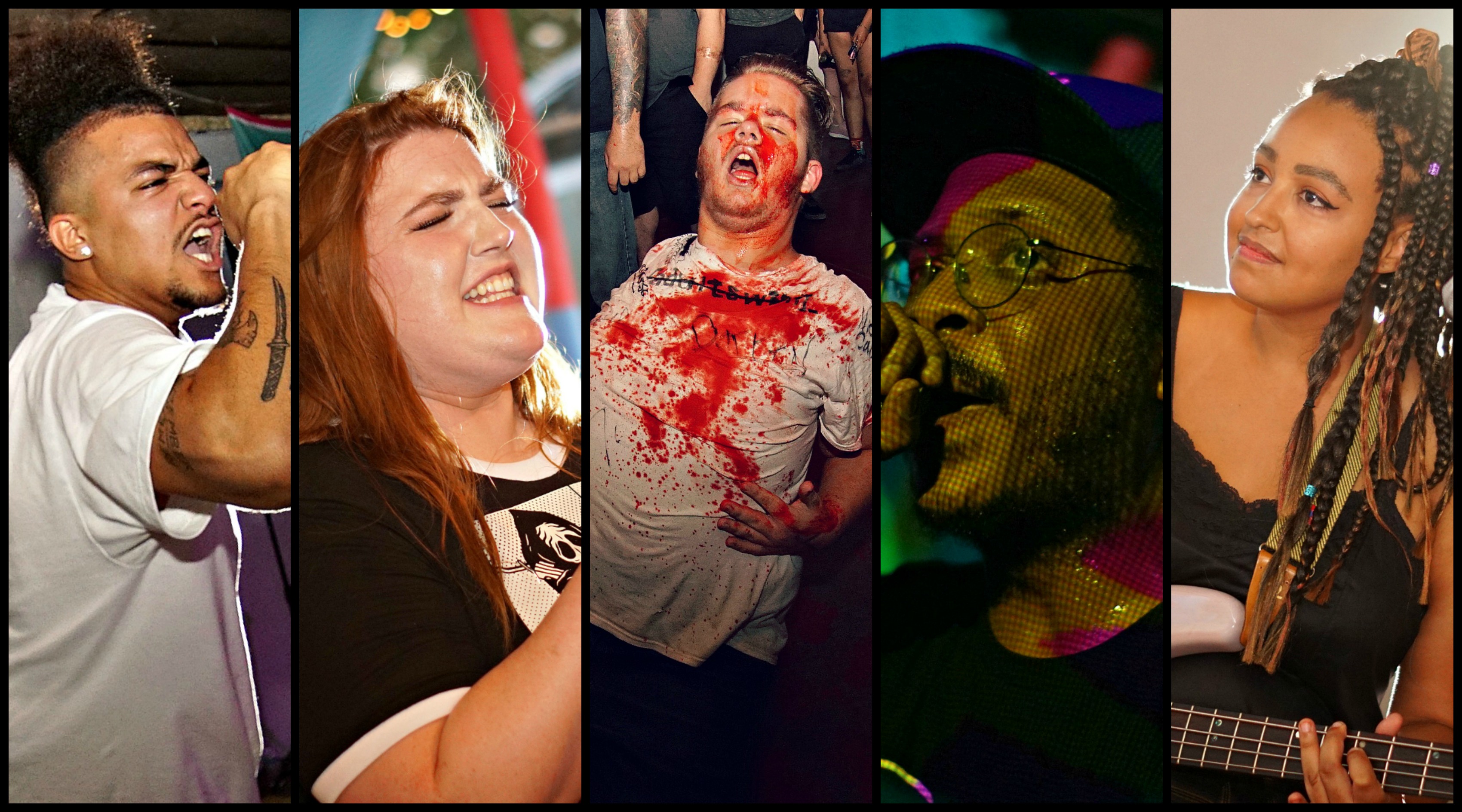 It’s safe to say out of all the Field Day Fests that have ever happened, this was the bloodiest one yet.

Topeka newcomers Final Girl and the Monsters are to blame. The gore-horror-terror-themed punks made an unforgettable debut in Lawrence at White Schoolhouse with major theatrics overflowing with violent imagery. They threw around a severed head in the same manner other festival audiences toss around a beach ball. They doused their fans in (fake) blood (you may get to see it splattered across the walls of White Schoolhouse the next time you head over for a show). But what really got the audience foaming at the mouth was when they threw a Trump-resembling doll into the audience. It took all but a few seconds for the moshers to dismember the puppet. When it burst open, hundreds of condoms spilled onto the floor. Art.

They were joined on the first day of Field Day Fest by Kansas City indie crooners Stary, who are just the dreamiest. The highly political (yet incredibly fun) rap duo FaceFace delighted with such a vivid light show, it shot images out of the windows and into the street.

The night had a strong finish with Young Mvchetes, whose intimidating stage presence only grows increasingly aggressive with every performance. Their feet hardly touched the ground as they bounced and thrashed all over the basement floor. They were so menacing that it looked like they were going to fight each other. Imagine two members of the same musical group, just glaring and screaming at each other from across the room! It was such a sight!

Photos from the thrilling night below. Field Day Fest continues Friday at the Bottleneck, Granada, and Lucia.