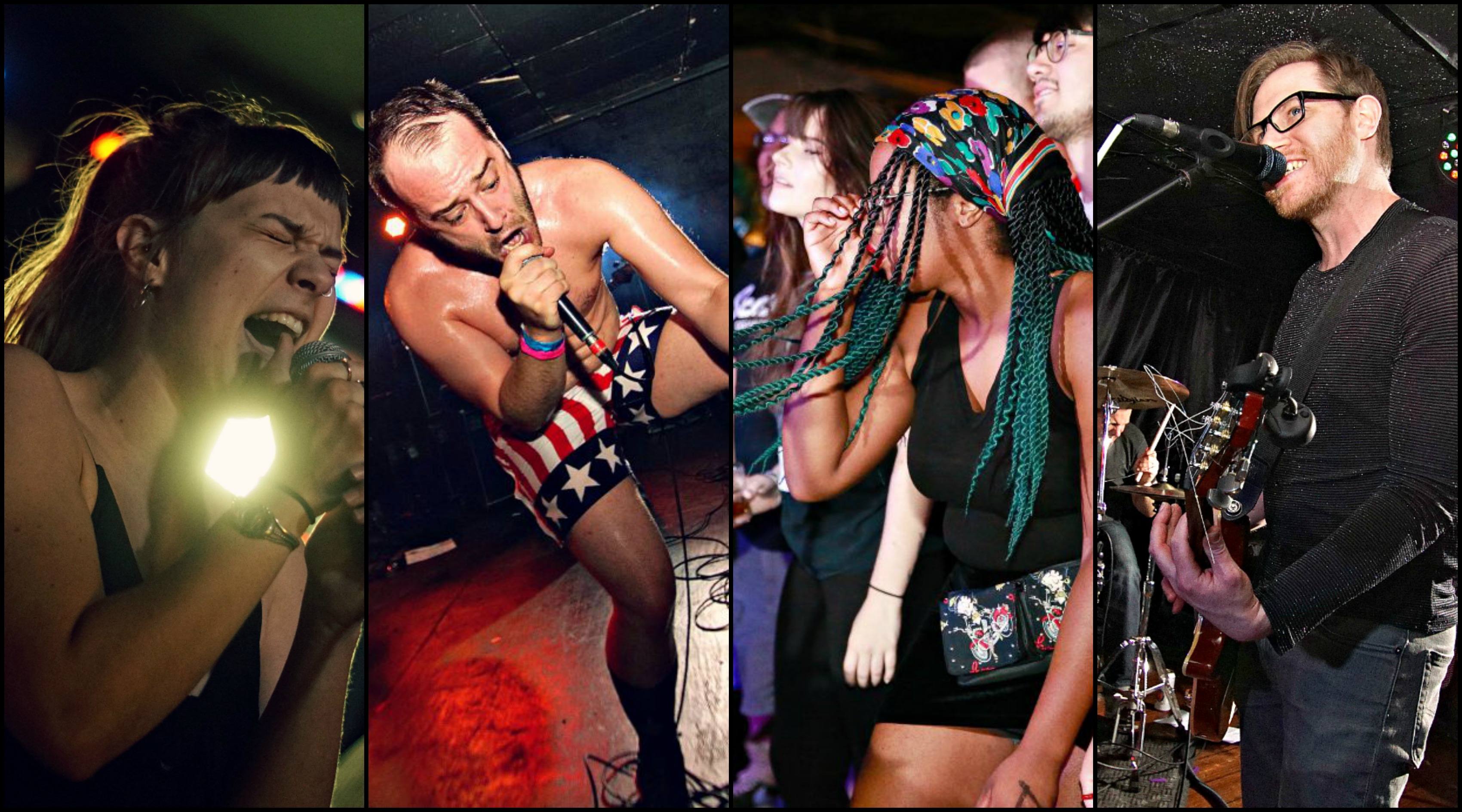 Facebook0Tweet0LinkedIn0Pin0
This weekend is the local music scene’s time to shine. Revelers will scatter across Downtown (and in North in Lawrence) for Field Day Fest to get a glimpse of what the next year in music could look like. This is a chance to see the new acts in town sharing stages with some pretty heavy hitters.

We talked to some local musicians playing the festival, now in its eighth year, to see what they consider can’t-miss acts at this year’s Field Day Fest (and be sure to check the schedule here).

“Kid Congo and the Pink Monkey Birds (LEGEND- member of The Gun Club, the Cramps and Nick Cave and the Bad Seeds) plus killer show and tunes. Also, Final Girl and The Monsters (what props will they use next?!).”

“So many memories, Travis of (Stiff Middle Fingers) with speedo and mic tearing up the Replay and Mass St, falling in love with the Mad Kings in the Taproom basement before I was in the band! Soooo many memories!”

Band/Act: Final Girl and the Monsters

“Asking me to choose is like asking which limb I’d miss the most. I can’t even begin to pick. Stiff Middle Fingers, Vibralux, NuBlvckCity, and JC and the Nuns have been my heroes for a minute. If you hear of something wild going on it’s usually involving one of them. They know how to have a good time and make their audience feel really special and connected. I can’t even believe we get to be somewhat involved with bands like that.”

“I’ve been under a rock and never had the joy of being able to attend. I look forward to the shenanigans and adventure that will be this weekend. I know I’m about to make some incredible memories all three days.”

“Make multiple versions of yourself so you can go see all twenty-three bands. Keep an eye and helping hand out for one another. Do one random act of kindness. Don’t be afraid to get to the front. Jump. Scream. Hydrate.”

Which act do you recommend everyone see at Lawrence Field Day Fest? Why?:

“If you like crazy, high-energy, noisy rap then go see Young Mvchetes. I met Kody at KU and he’s pretty cool. Also, make sure you can check out Iris Elke, we played a show with her and she’s wonderful.”

“Last year, which was my first FDF, I remember getting a couple free drinks from the bartender cause they really loved my music. Also, a few people from my Lawrence supporter base came to see me. It was special.”

“If you have any reservations about having a good time, don’t come. We create a vibe like non other and you will be forced to party!!!”

“JC and the Nuns are a delight.”

“My favorite LFDF memory was when Raymond wore that dope Gnarly Davidson crop top or when Fally brought me a birthday cake on stage.”

“I’d recommend Oxford Remedy because ‘Fake’ was a fiiiiiire single.”

“I’ve only previously been involved with one FDF but my favorite part was getting to hang around downtown & check out what every venue had to offer.”

“Check out things you wouldn’t normally! It’s a great opportunity to see bands you might not otherwise be exposed to.”

Which act do you recommend everyone see at Lawrence Field Day Fest?

“Um… every one of them? Personally, I am VERY excited to see the newer younger acts that I have not had a chance to see yet… but I am also excited to see old friends again!”

“I moved to DC a year and a half ago and I NEED SOME LFK MUSIC… STAT! The energy and the performance of Midwestern outfits is UNMATCHABLE. Believe me, I have been trying!”

“Even though every single one has been a BLAST, the first year when we got to play with Drag the River and Stephen Egerton of the Descendents and ALL still takes the cake.”

“Stay hydrated, plan your schedule out and see as many acts as you can! Especially since its ALL AGES and FREE this year.”