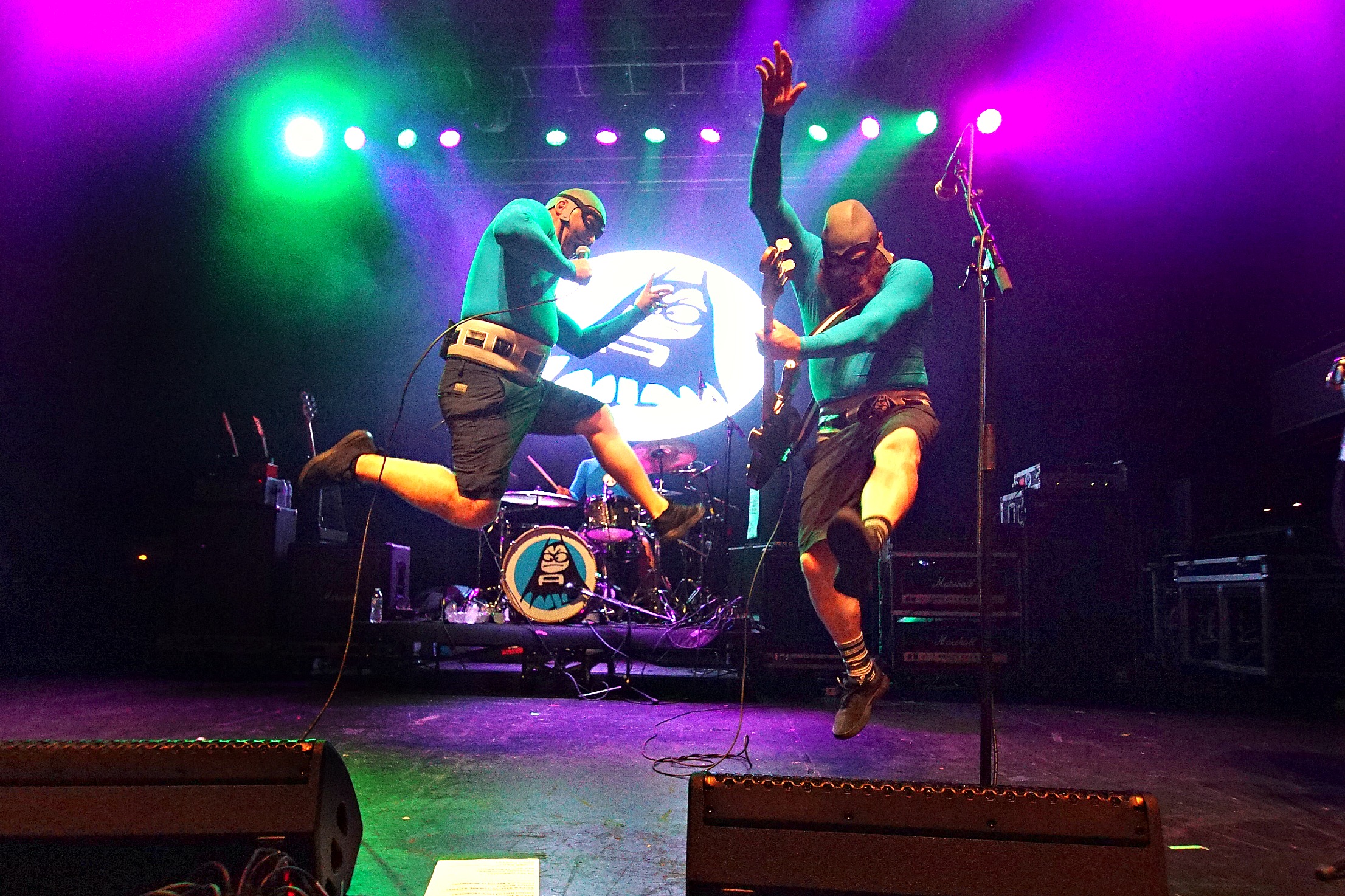 On Friday night, there was absolutely no better place to be a kid than the Uptown in Kansas City. This is where Aquacadets got to party with their costume-clad heroes, become Shark Fighters, battle two-headed cats, and surf giant slices of pizza. Believe us, NO ONE ON EARTH had a better time than the kids who surfed the pizza during the Aquabats set (video below).

The band co-headlined a tour with the ever-skanking Reel Big Fish, who came touting songs off their latest release, Life Sucks, Let’s Dance. Local ska punks Six Percent, who may be one of the longest-running local ska acts, opened the show.