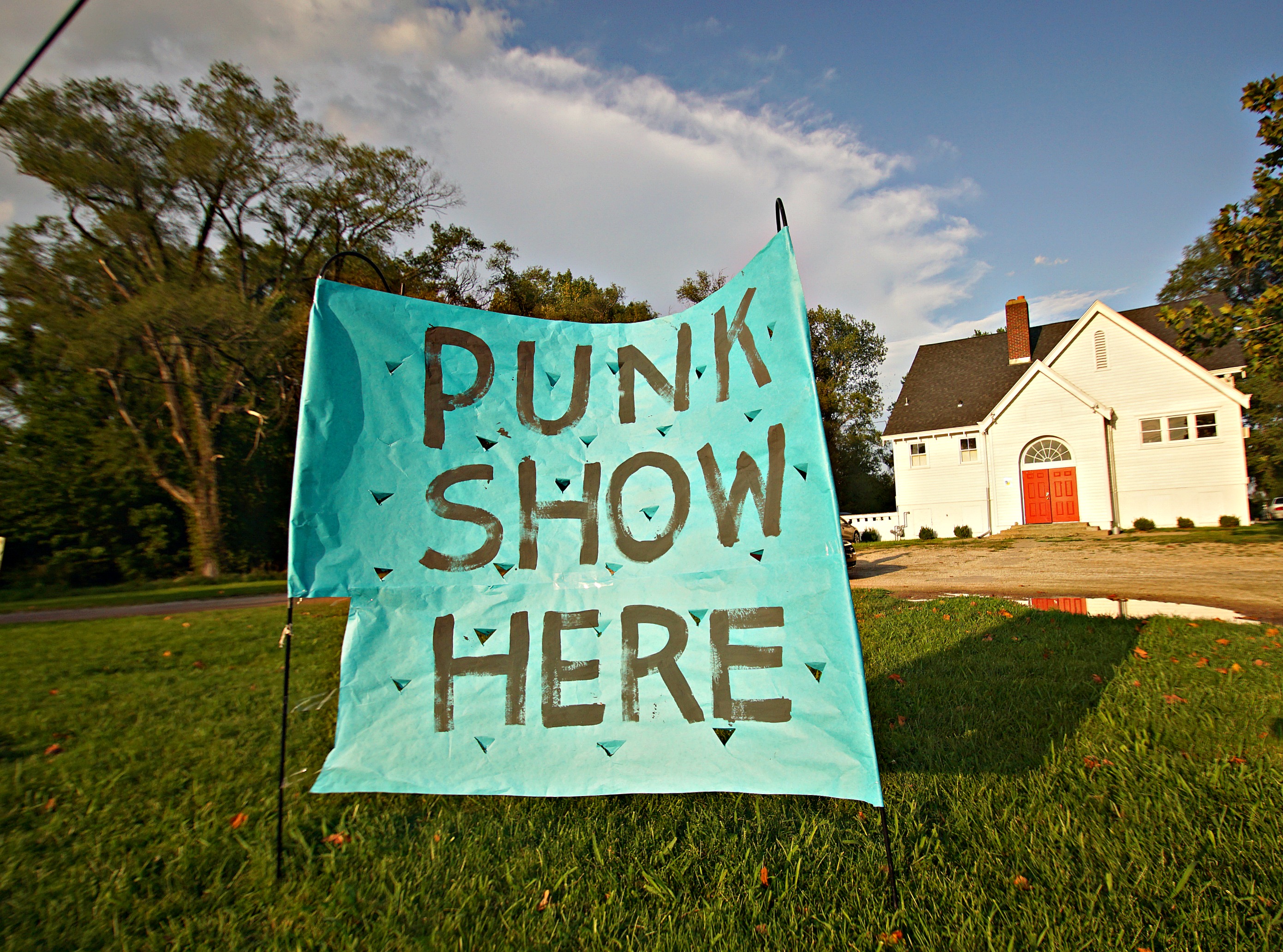 ‘Tis a thing of beauty when the youth corral together for a cause. In one particular case, Lawrence’s underage bands couldn’t quite find themselves at home in the Downtown bar scene. So it’s no surprise that they’ve been flocking to White Schoolhouse for gigs over the last couple of years. From Chess Club’s album release show to LK Ultra opening for Diet Cig, the teens have found an inviting space on that red cement basement floor of the Schoolhouse. This is why they’ve banded together to raise money for a PA system for the DIY venue. On Saturday, January 26, four underage rock bands (and their fans) will pack into the Schoolhouse for a benefit show at the cozy North Lawrence DIY venue. We asked them about the extent of impact the Schoolhouse has on the Lawrence music community.

Why do you believe it’s important to have an all-ages space in Lawrence?

Lily Pryor, of LK Ultra: “I believe it’s important to have an all-ages space in Lawrence because it provides a safe space not only for minors, but for femmes and trans people and people who may be recovering alcoholics who still want to be a part of the music scene without being around alcohol.”

Griff Nelson, of Chess Club: “Without all ages venues, I probably wouldn’t have started playing shows as early as I did. I began performing live when I was 13, and without a place like the Jackpot in Lawrence, my bands wouldn’t have anywhere to go. It’s an outlet for young musicians to get their foot in the door, and that experience is super important to obtain as soon as possible in one’s career.”

Sydney Aldridge, Oxford Remedy: “To us it’s very important to have an all ages space for gigs in Lawrence. A lot of the time we aren’t able to see some of our favorite bands because the venue is 18+ or 21+ and that can be a large chunk of a younger audience lost. All ages should be allowed to enjoy live music. We started our band when we were all 14-15 years old and it’s a real bummer when you’re not able to play certain venues because of your age, not to mention a lot of musicians start off pretty young. So basically, as young people who enjoy music it blows not being able to see/play certain shows.”

What would you like to see happen to ensure all-ages performance spaces in the future (even long after you turn 21)?

Dorryen Wilson-Lewis, of Redroom: “It would be amazing to drop 21 and 18+ so all the local venues could be inclusive. Also having more venues that aren’t bars so minors can feel comfortable without having to deal with drunk people.”

Pryor: “I feel that it’s very important for all-ages spaces to be as inclusive as possible. That means gender neutral bathrooms, ramps, wheelchair accessible bathrooms, free earplugs, sitting spaces, and free water. Venues also need to stop prioritizing alcohol sales over the safety of younger people/femmes/trans people at shows. For me, that means no alcohol at shows, or at the very least a drink limit.”

Nelson: “The way these spaces stay open is by having people who are willing to go to shows, without knowing every band that’s playing. It’s important to be willing to try out new bands and acts. These spaces can thrive off of having a die hard crowd that come from all walks of life.”

What do you, as a minor and a music lover, look for in a show?

Aldridge: “We love to see people having fun. Genuinely having a good time. Getting into the music. It’s really awkward when people just stand around and look at each other. We love to see energy in the crowd as well as on stage. That’s a big thing for us. It’s also nice to see the audience respect the bands playing, vice versa.”

You can watch these bands and raise money for the Schoolhouse on January 26th.

The Middle Tell brought a provocative puppet show to the Replay