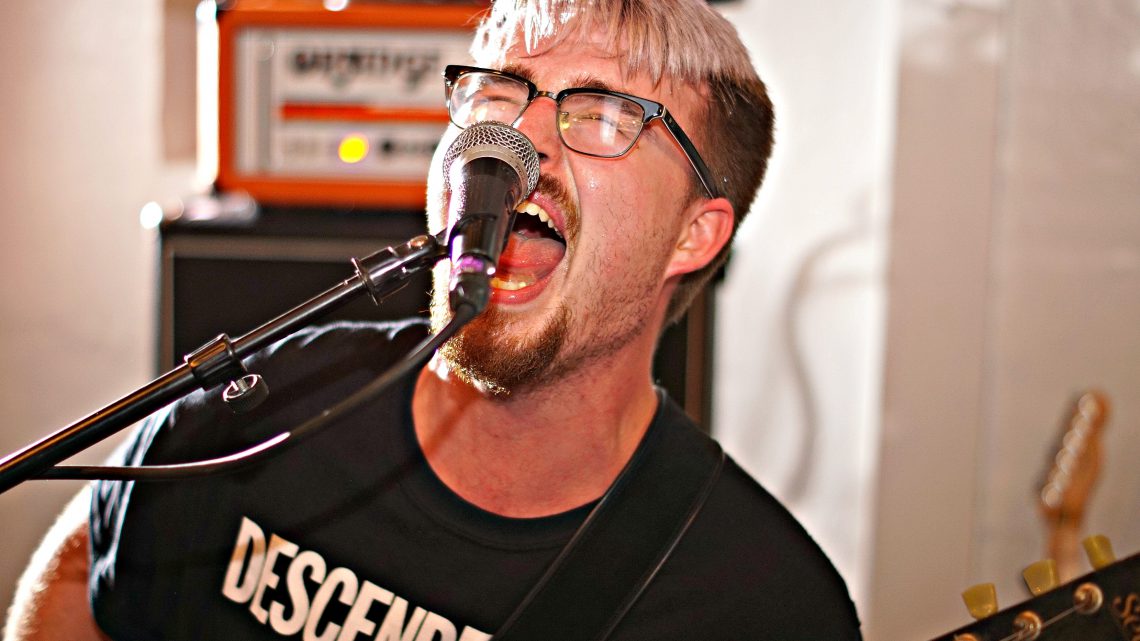 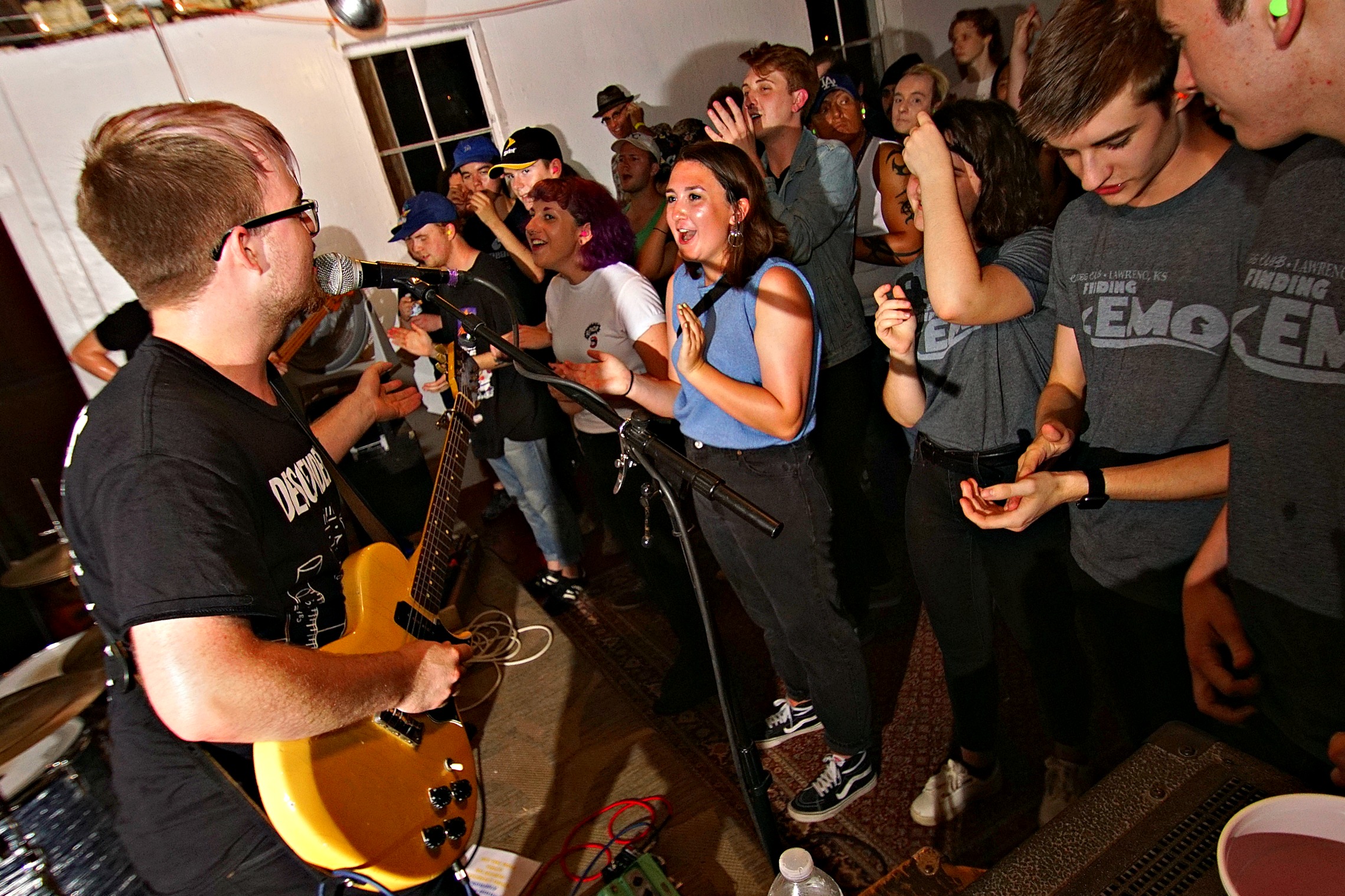 Chess Club’s a band that is wise beyond their very young years.

We first noticed the band in their teen years at Field Day Fest. Their energy and preciseness won audiences over quickly, and since then every one of their maneuvers has been a well-thought calculation ending in triumph. Their album release show at White Schoolhouse on Sunday was no different, as it ended up becoming an event showcasing the future of the rock scene in Lawrence.

All bands on the lineup, including post-rockers Libations and the super-mellow-summery-jam Dodging, gave us a glimpse into what’s to come in local music. They, along with hard rockers Bummer, packed into a thick and humid basement on an already sweltering day, and powered through impressive sets that never faltered. We know Chess Club are destined for great things in Lawrence, but on this night the audience enjoyed them the way all young bands should be viewed: packed into a sweaty basement, playing to 50 of their closest friends.

Photos from the night below. You can check out their album, Hit the Ball over on their Bandcamp page.