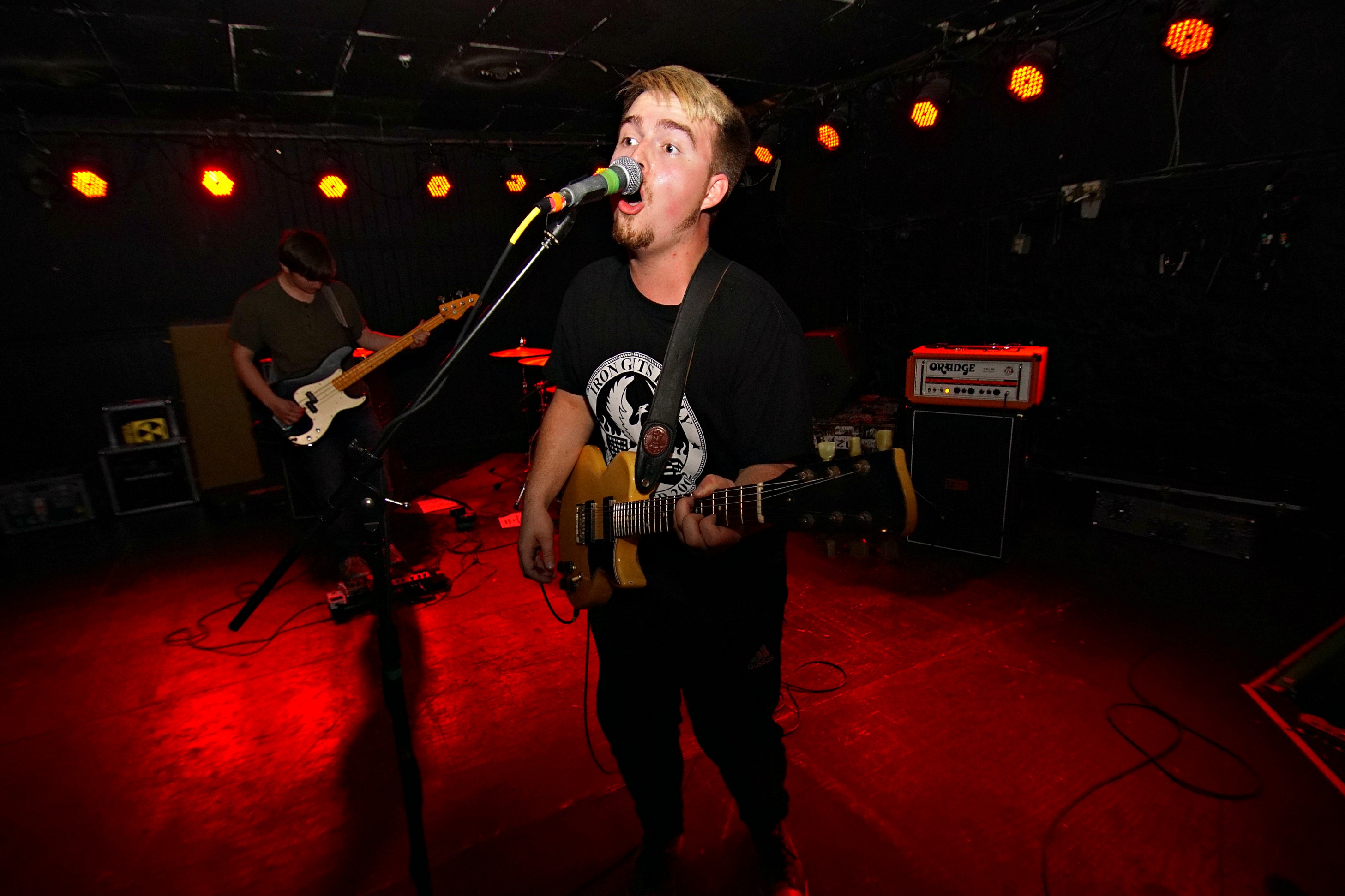 If nothing else, you should at least go see Chess Club to see some of the fastest fingers in Lawrence.

Normally, emo doesn’t really excite us, but there’s something about Chess Club’s approach to it that is worth getting worked up over. You can’t limit them to a genre, because their songs dabble in punk, math rock, and everything in between. That, along with a ferocious stage presence, could be why their fans are so devoted, consistently coming to their shows and screaming lyrics back at them.

We caught them at the Bottleneck on Saturday, where the three-piece ripped apart the stage. The entire event served as a benefit for ALS, and featured a fantastic lineup with Glue Chords, Iron Guts Kelly, and Hipshot Killer. This is important, because not all bands can organize a benefit while simultaneously bridging together new and established acts from Lawrence and Kansas City.