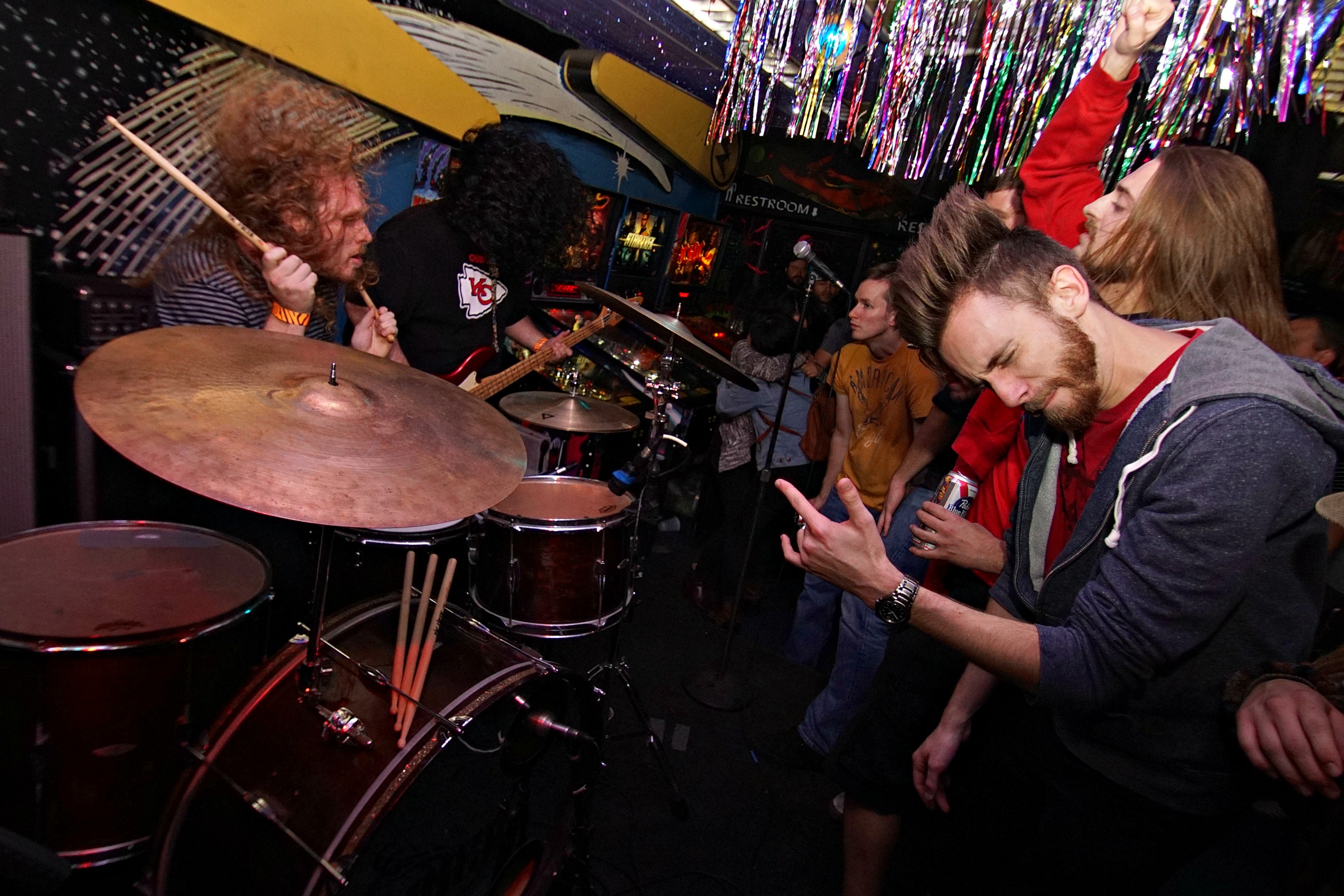 Just a few days after Halloween, music fans found another energy reserve to party at the Replay with three venue favorites. The fans were so involved with all three bands, it’s almost as though they were a fourth act on the lineup.

The Sluts debuted mostly new songs off an upcoming EP, set to come out next year. Stiff Middle Fingers fans continued to showcase their roughhousing nature, particularly when the band dived into a series of covers (a throwback to their early days with strictly covers sets) and invited anyone who knew the lyrics to sing along. The resulted was a hoard of enthusiastic fans rushing the mic– and this wasn’t the only time in the night they rushed the stage. Bummer’s ear-piercing set was so outrageous, onlookers (many of them first-time Bummer-viewers) couldn’t hold their emotions and rushed the tiny Replay stage at the end of the night.