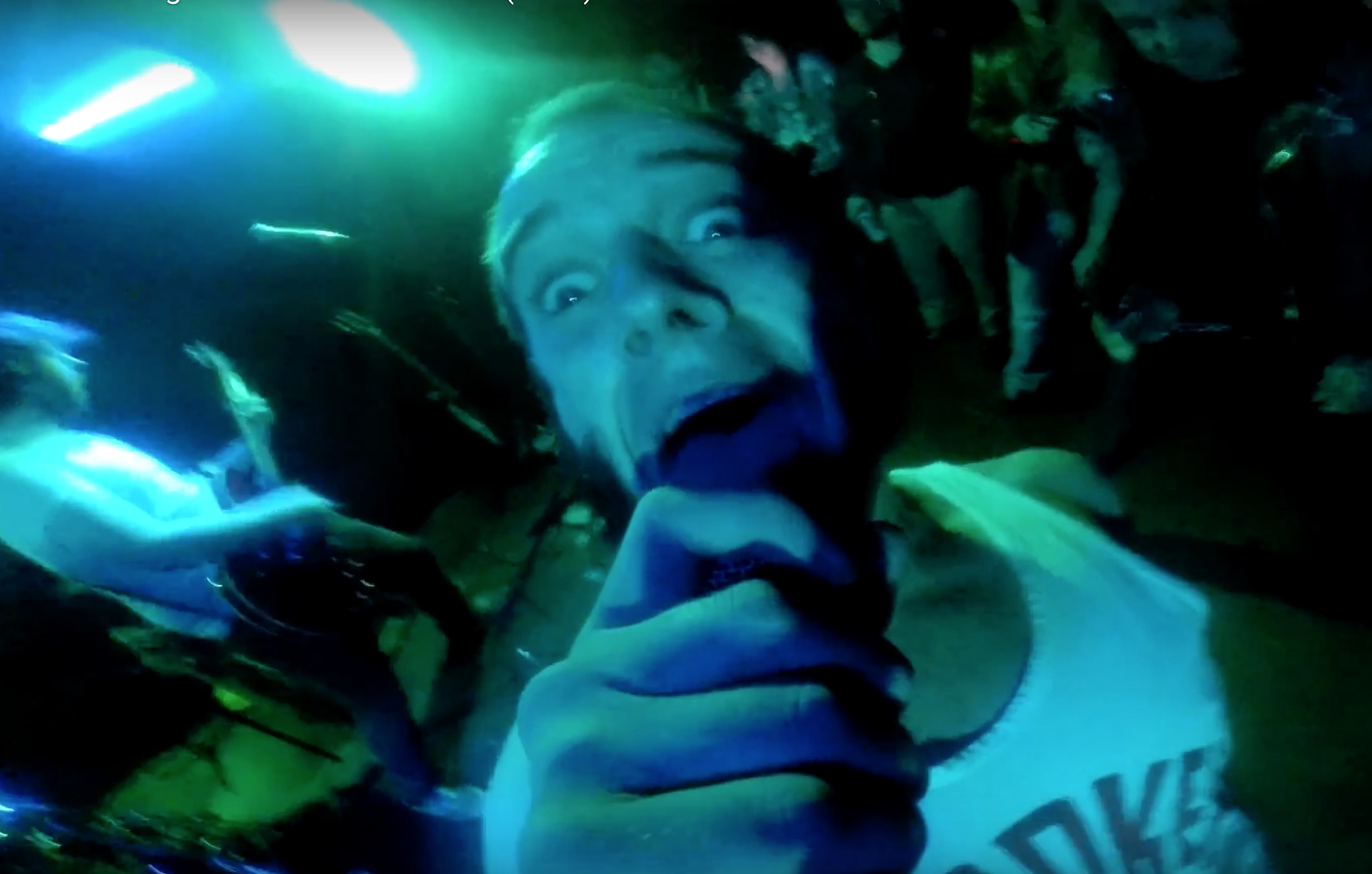 Facebook0Tweet0LinkedIn0Pin0
If you weren’t aware of Stiff Middle Fingers’ wild shows, here’s one way to get familiar. In anticipation of their upcoming album (set to come out early next year), they released a new track (“Persona Au Gratin”) accompanied by footage from their live shows. The band spent the last year recording hours and hours of footage via a GoPro attached to the singer’s microphone (you may have noticed the camera in several of our photos of the band over the last year). We previously reported on their affection for GoPro footage back in February, and it seems that they’ve expanded upon that fondness for the versatile camera.

Stiff Middle Fingers is one of Lawrence’s most visible punk bands, and it shows. In the video, you can see footage from several of their live sets, from Manhattan and Topeka to Austin. In true Stiff Middle Fingers fashion, they kick in with “Go Fuck Yourself! Fuck off and die!” and continue a stream of angst and frustration while fans can be seen closing in on wild-eyed vocalist Travis Arey from all directions. You can watch the video below to spot yourself or your favorite venue, then see their outrageous and obnoxious live performance in person when they play the Replay on Friday, November 4th.