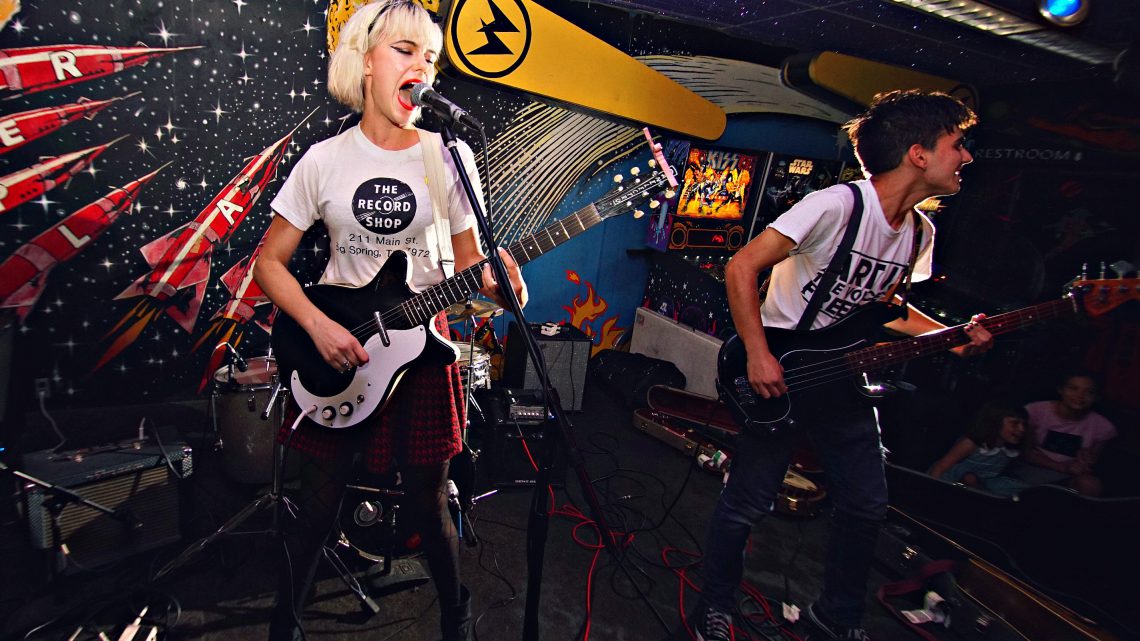 On Sunday evening, The Mudd Club made their big debut to a saturated crowd escaping the downpour at the Replay. The Mudd Club shares two members with The Arsonists, who just played White Schoolhouse’s benefit with Harry and the Potters a couple of weeks ago. Townies might recognize guitarist Sadie and drummer Julian as the children of Mike and Katie West, of Truckstop Honeymoon (who later headlined the evening).

Sadie, Julian, and bassist Giovanni all took turns on the mic. We were a little taken back by how advanced they sounded for a new band (even a punk band), but not surprised considering their consistent musical lifestyle (the West family spend much of the year on tour in the U.S. and overseas). When the crowd wasn’t captivated by Sadie’s shredding and Giovanni’s explosive onstage presence, they were smitten with the punk rock screams coming out of Julian. This wasn’t his first tussle with the drums, though– around this time last year, he played along with Truckstop Honeymoon at an in-store performance at Love Garden.

You can watch The Mudd Club below, and keep an eye out for more shows from both Mudd Club and the Arsonists in the future.

Next post Album Review: Vigil and Thieves - “Make Sure They Hear You”