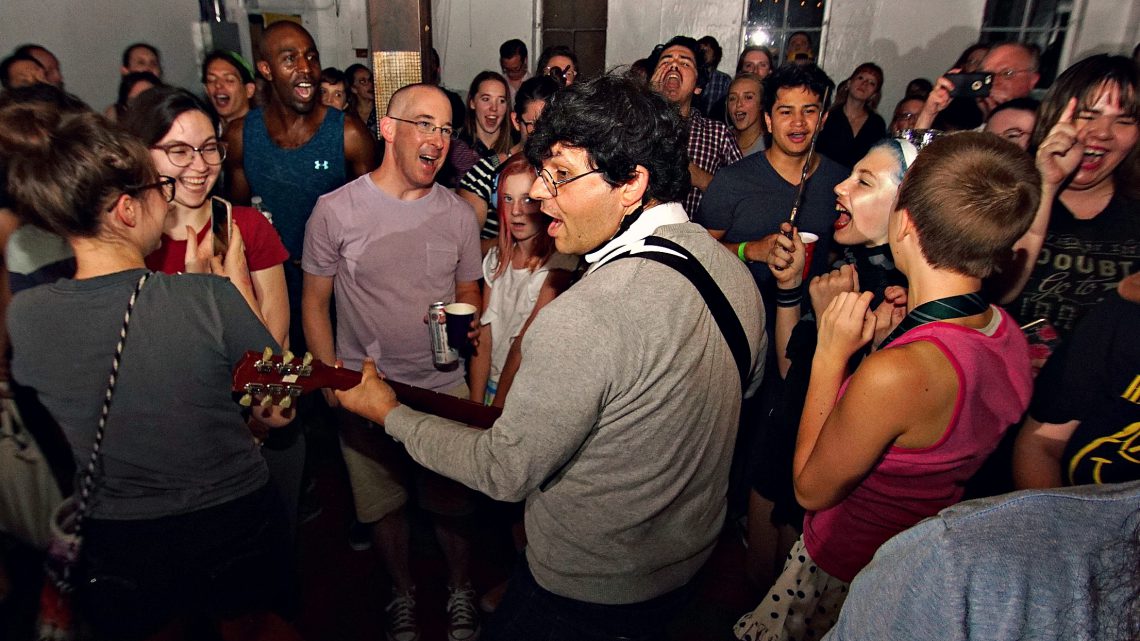 Harry and the Potters at White Schoolhouse / Photo by Fally Afani 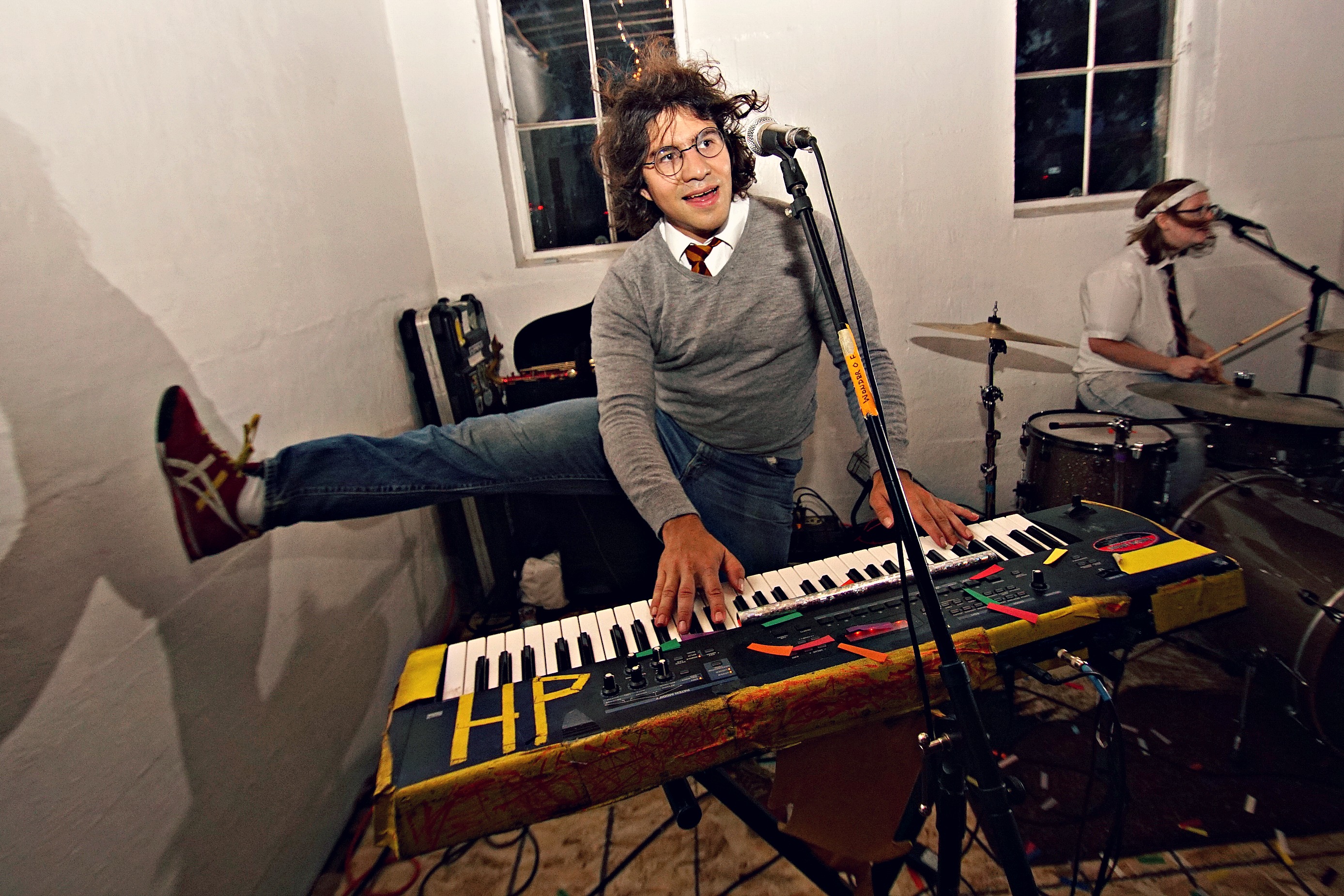 Harry and the Potters at White Schoolhouse / Photo by Fally Afani

You can never accuse Harry and the Potters of throwing a boring show. The band, named for the literary hero, is damn near the definition of fun. Even in a sweltering hot basement, the merriment was high as wands were raised, confetti was thrown, and snakes were tousled with.

The nerdcore rockers (and longtime supporters of the White Schoolhouse) threw their full support behind the Monday night show that served as a fundraiser. They, along with a host of other bands that played open mic style, performed book-themed songs to raise money for the Schoolhouse’s new sound system. Shout out to Life Coach’s Hannah Novaria, who stepped in as a Weasley twin for the night. The band stayed completely in character the entire time, with the DeGeorge brothers only referring to each other as “Harry Potter,” and preached love and positivity while the crowd gleefully sang along (and small children tried to hoard and gather as much of the confetti as possible). The festivities fell close to the one-year anniversary of the Schoolhouse, which has so far emerged as a shining beacon for all ages bands, underage fans, and femme-heavy lineups.

If you were unable to make it but would still like to support the venue, you can reach them through their Facebook page here. You can watch Harry and the Potters play a song about the price of wands below:

Next post Photo Gallery: The Psychedelic Furs / Liz Brasher at the Granada