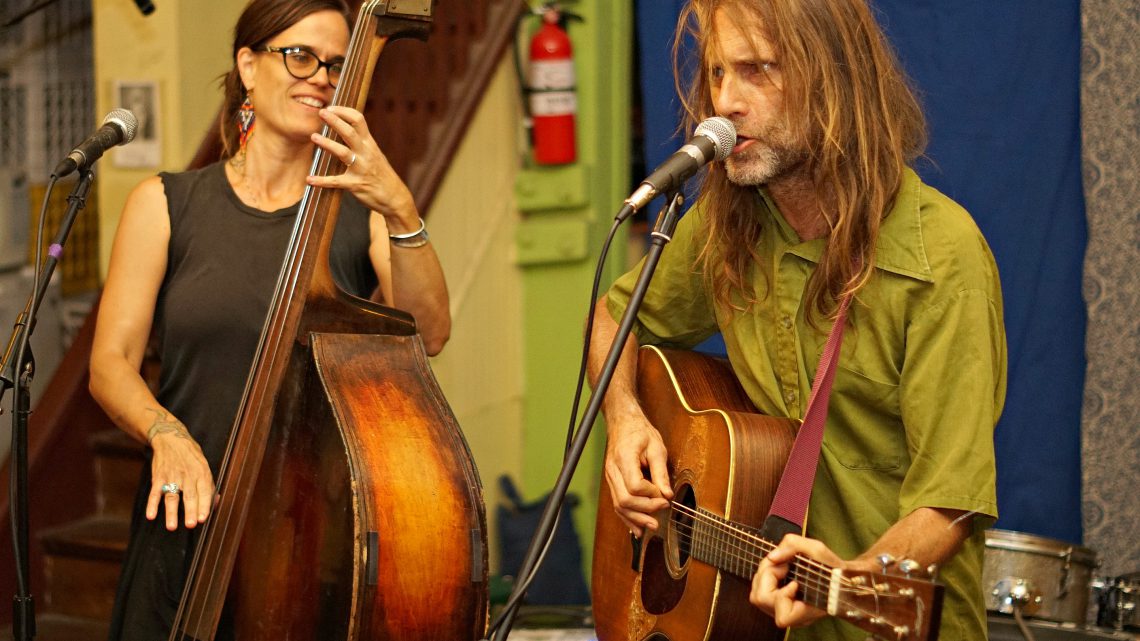 If you’ve ever felt like the world was changing around you, you’re not alone. It seems every time Truckstop Honeymoon comes back from one of their many tours throughout the year, something’s different in LFK– anything from a new building Downtown to a shake-up in the Kansas political landscape (rendering their just-released song on the Governor of Kansas already “outdated,” though still very relevant in many ways).

But the music industry seems to be moving backwards at times– specifically the vinyl resurgence. Truckstop Honeymoon recognizes this ridiculousness, and wrote a hilarious tongue-in-cheek song about it. “I thought we were done with this long ago, but here we are doing it again,” they charmingly croon on “L.P.” Even the digital age of music is proving to be a disservice to the working musician, as Mike and Katie West note when they sing “You can’t survive on .0009 cents from Spotify, we gotta step back into the 80’s, it’s what we gotta do to get by.”

“L.P.” was one of many songs they performed at Love Garden Friday evening to celebrate the release of Big Things and Little Things. It was a breezy and carefree affair, dotted with laid-back bluegrass fans who swayed and sang with the music, beer to fit the theme, a hat that their daughter passed around for some busking donations.

You can watch them sing “L.P.” below, and enjoy a bonus clip where their son Gus joins them on drums for “Strawberry.”

Next post From Brazil to Bowie: Seu Jorge brings "The Life Aquatic" tribute to Liberty Hall