Photo Gallery: Closet Witch / Arc Flash / The Central / This Is My Condition

Photo Gallery: Closet Witch / Arc Flash / The Central / This Is My Condition 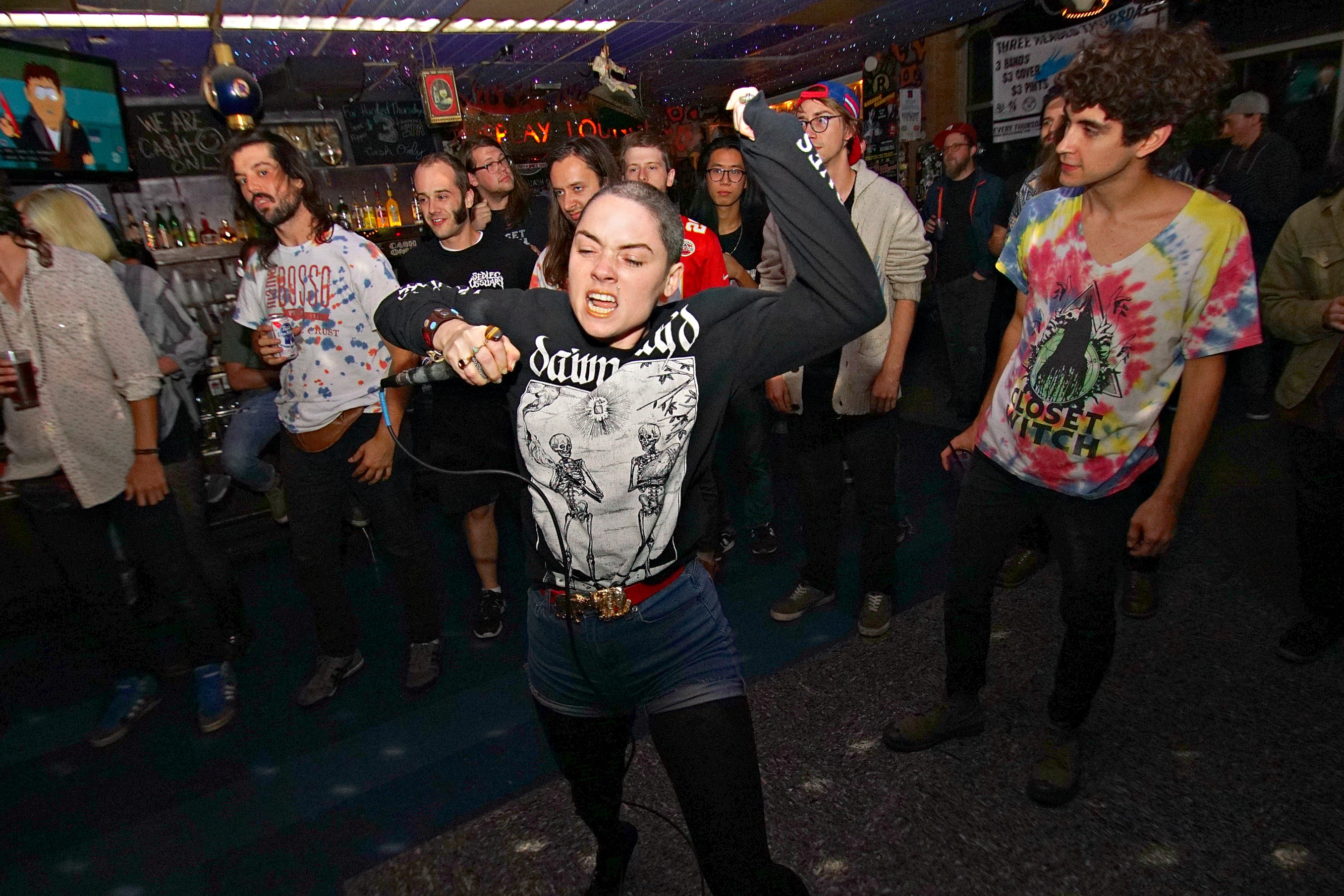 There was a lot of anticipation for Closet Witch’s show at the Replay on Thursday night, and boy did they deliver.

The Iowa group brought all the calamity to the stage (although much of their performance was spent offstage). From the moment they fired up their set, the vocalist threw herself into the crowd, wildly hurling her body back and forth as hard as she could while screaming bloody murder. Everything about this band was fantastically destructive. The bassist never stood up straight, constantly bending and contorting, even thrusting his bass into the air. The drummer would get so worked up, sometimes he ditched his little stool and stood up in an emotional fit while he played (at one point he just curled up fetal-style on the ground with his hands covering his face). It was a hot mess and the Replay was there for it, you guys.

The Central, out of Wisconsin, joined Closet Witch for this tour. The duo sound like a screamy version of Japandroids that gave zero fucks about traditional time signatures. They provided a manic rock frenzy that didn’t just take you for a ride, it locked you in the trunk and took you on a disorienting jaunt down the road.

Arc Flash made a return with the time travel suits (haven’t seen those getups in a while) and closed out the night, while This Is My Condition brought something new to his performance. The one-man-band generally beats on a drum set (and a guitar) with his sticks, but he’s recently been performing sans drums and opting for a homemade device consisting of a plank of wood and strings (honestly, this guy will beat on anything if he can get some good noise out of it).

Watch: CS Luxem sing in a field of sunflowers