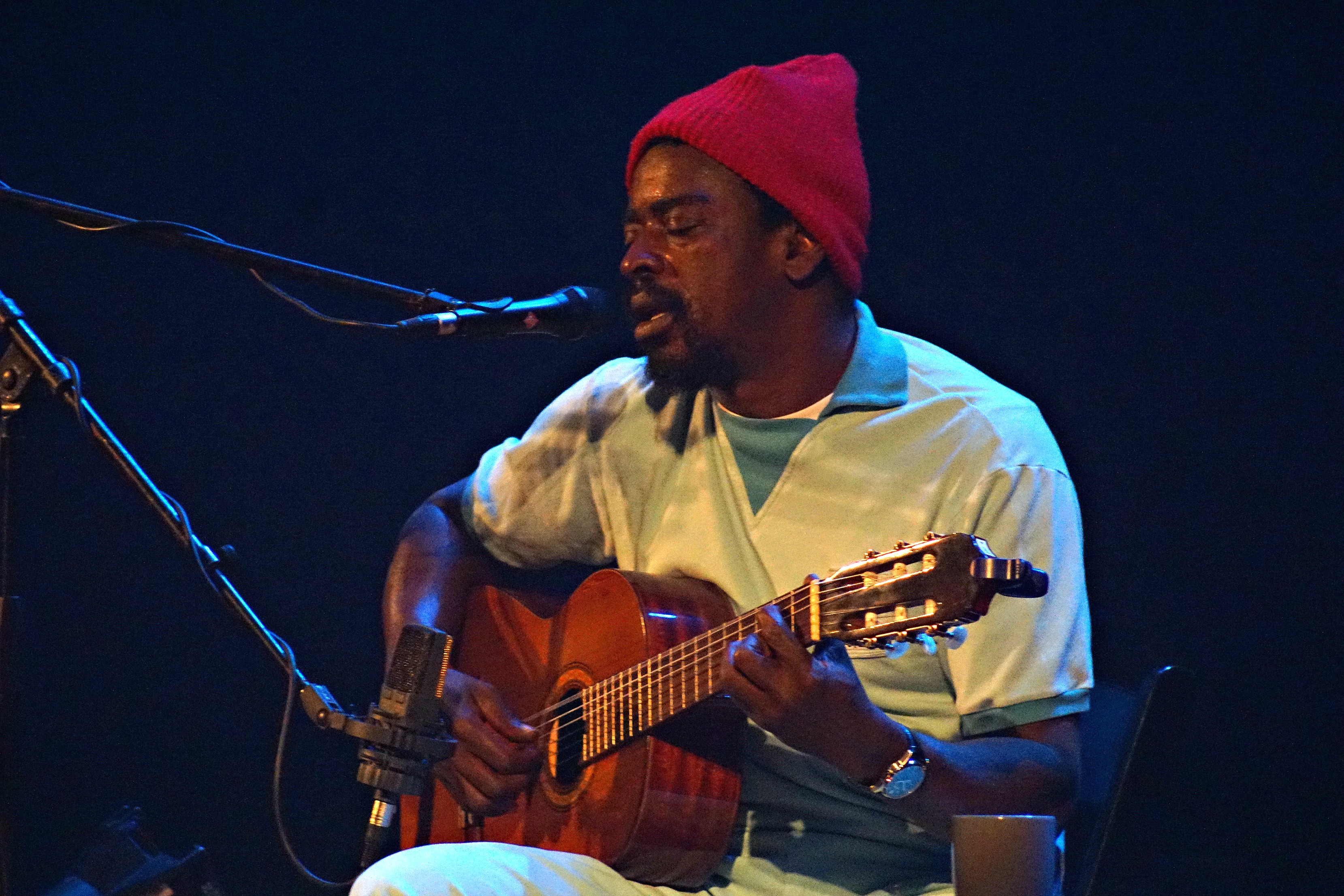 Very rarely can just a single performer hold an entire venue full of people captivated and in complete awe of their pure talent, but Seu Jorge tugged at everyone’s heart strings when he played an emotional tribute to David Bowie at Liberty Hall on Monday night.

Jorge is more famously known as the Brazilian crew member aboard The Belafonte in the film “The Life Aquatic with Steve Zissou.” Throughout the movie, he softly strums along reinterpretations of David Bowie’s songs while singing strictly in his native language, Portuguese. This month, he’s on tour across the U.S. performing songs from the movie in tribute to David Bowie.

The stage was decorated in theme with the film, with nautical props scattered from one end to the other. Jorge planted himself just behind the Captain’s helm, engrossing the fans (many topped with bright red Zissou beanies) in his elegant renditions of the tunes. Jorge himself was in his Team Zissou speedsuit and beanie, while his tour staff donned shirts that read “Unpaid Intern” across the chest.

“Rebel Rebel,” “Starman,” “Ziggy Stardust,” and a host of other recognizable hits were performed against an absolutely mesmerizing and dramatic light show. It was like watching his scenes from the film come to life in front of your very eyes. After every song, he rambled and recounted tales from working on the film (including his humorous mixup between David Bowie and Billy Idol). When he first arrived on set, his English was poor and he remembers the very “chic” Anjelica Huston helping translate directions to him in French. Between sips of tea from his mug, he detailed the intimidation he felt having to learn “Rebel Rebel” on the spot, as well as how “inspiring” he found Cate Blanchett. But it was his story of David Bowie’s death that impacted the entire room. Both Bowie and Jorge’s father died within the same time span, so he dedicated his very touching rendition of “Life on Mars,” a performance that echoed his emotions to every member of the audience. Everyone felt it, and returned his sentiments with a standing ovation.

A more upbeat demeanor returned for the encore, which featured clips from the film and marine life animations projected behind him. He ended on a rousing rendition of “Queen Bitch” before they cued up Bowie’s “Let’s Dance” at full volume, leaving Jorge scooting and shimmying onstage (while fans danced along in the audience). Just before disappearing offstage, he punched his fist triumphantly into the air with as much vigor as a man set out to kill a shark that ate his friend.

Serene Fiend debuts at the Replay