Truckstop Honeymoon wrote a song about the Governor of Kansas

Truckstop Honeymoon wrote a song about the Governor of Kansas 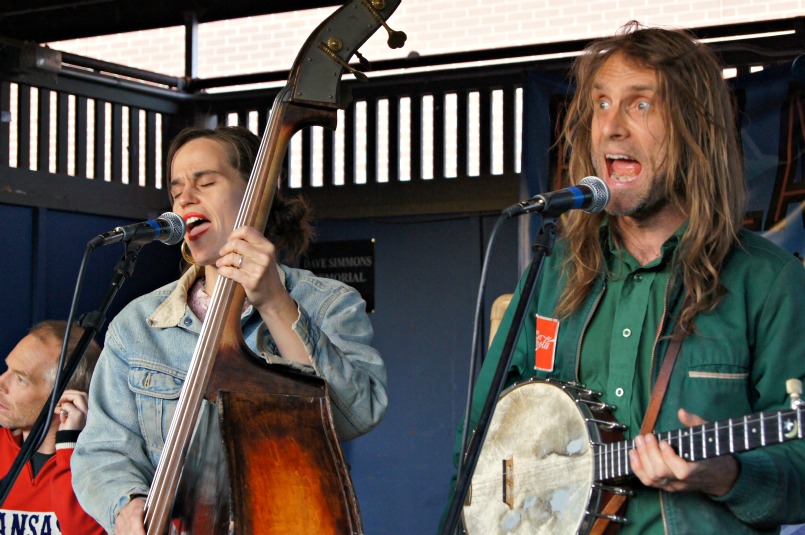 There is no band in the area more adored than Truckstop Honeymoon, and no one person more loathed than Kansas Governor Sam Brownback. So when the two forces collide, you get a lovable tune about one of the most despicable citizens in Kansas history.

“The Governor of Kansas” is the third track off of Truckstop Honeymoon’s upcoming Big Things and Little Things. The album is full of those tongue-in-cheek lyrics and feel-good toe tappers that we’ve come to love from the bluegrass duo. But their ode to the man draining the state of all things good is one of the album’s standout tracks. In it, Mike and Katie West sort of “pity” the Governor, who “ain’t got two nickels to rub together,” so “he gonna have to close our schools.” Throughout the song, they detail all the things the Governor tries to take from the people of Kansas… but there’s one thing he can’t seem to get his hands on.

Big Things and Little Things doesn’t come out until April, but you can hear some of those songs when you see them this Friday at Frank’s North Star Tavern in North Lawrence. You can also see Truckstop Honeymoon lead the annual Mardi Gras Parade through Downtown Lawrence on Tuesday, February 28th (highly recommended).