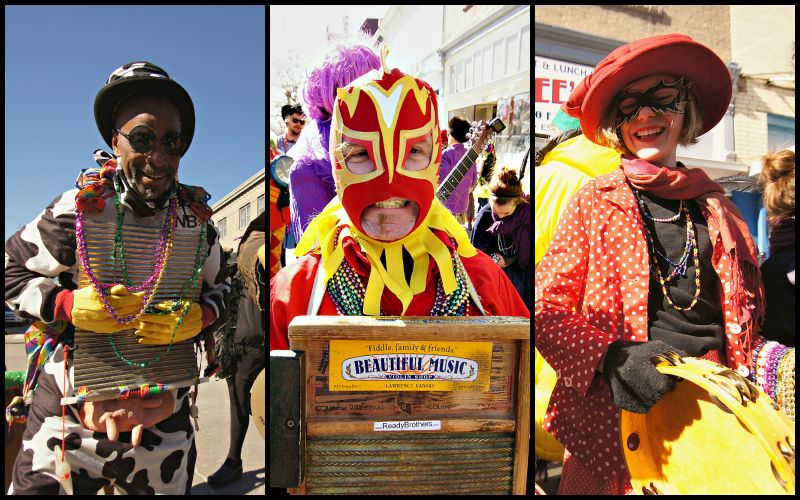 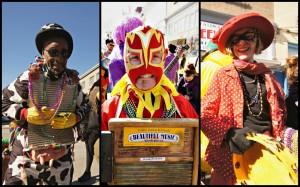 Mardi Gras has made a name for itself as the most colorful time of year in Downtown Lawrence, and this year’s holiday was no different. The parade, spearheaded by Truckstop Honeymoon’s Mike and Katie West, seems to grow a little larger (and a little longer) every year. The vibrant affair kicked off at Aimee’s Coffeehouse on Tuesday, but changed routes right away and landed the band at the very fitting Jazz – A Louisiana Kitchen (a business new to the Downtown area last year).

The parade ceremoniously blared down Mass Street, entering restaurant after restaurant, blaring tunes like “Down by the Riverside” and “I’ll Fly Away,” for more than two hours. It ended with a full performance at Free State Brewery where a crowd, drinks in hand and clad in Mardi Gras beads, had gathered in anticipation of the Brass Mob Brass band’s fantastic finish.