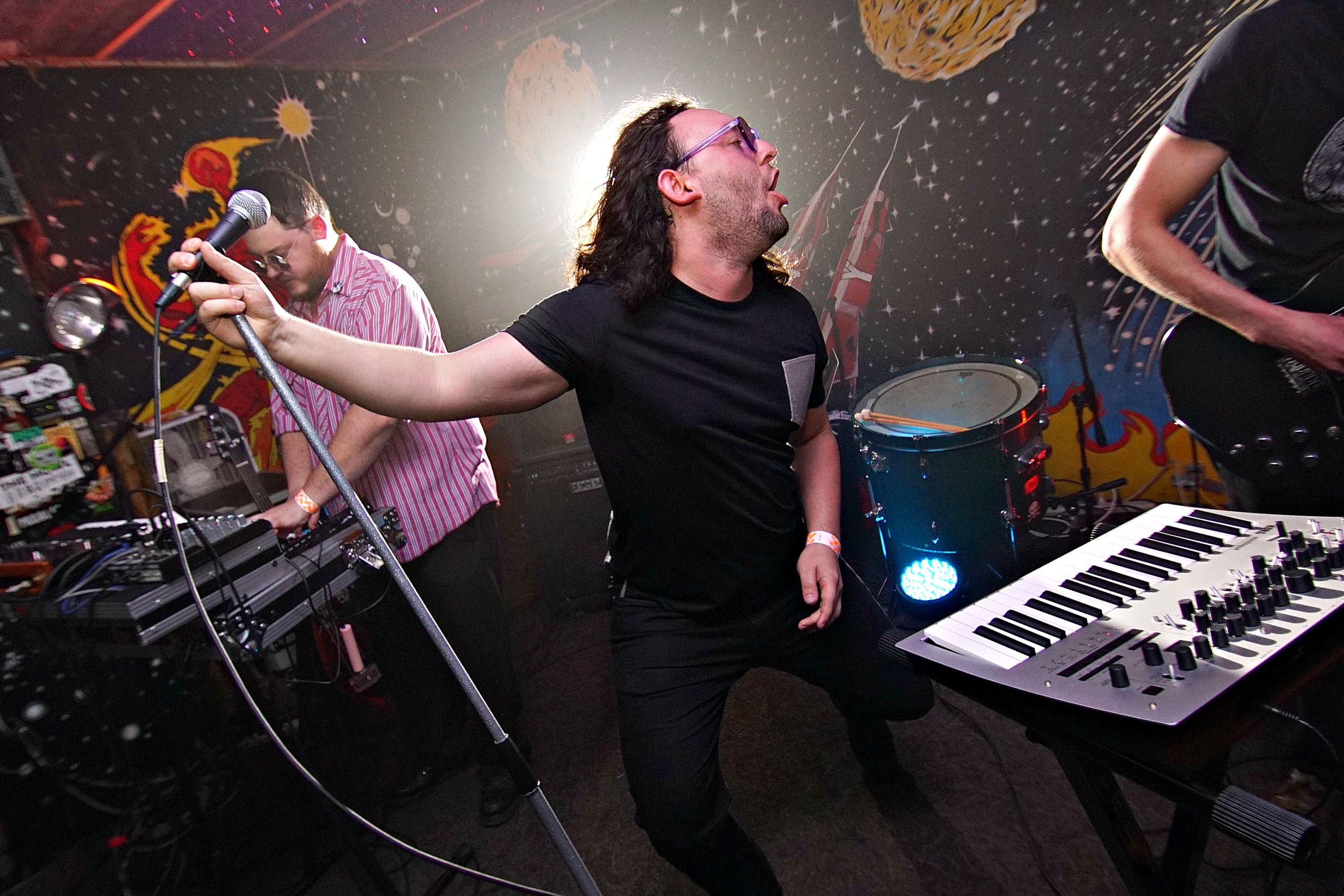 It was a fairly goth affair when Serene Fiend and JC and the Nuns teamed up for a double release show at the Replay Saturday night. Half the bands on the four-act lineup had deep roots in industrial and goth, so naturally the crowd was a sea of black getups with smudged eyeliner.

The night began with UltraVivid, who still hold the reigning title of synthiest band in Lawrence. Their sound was notably tighter, leaning more towards what Depeche Mode would’ve sounded like, had David Gahan been a tenor. They were followed by Jesus emerging from the fog when JC and the Nuns filled the venue with groovy psych rock and so much smoke, you could only see the green lasers shooting through and bouncing off the windows. Serene Fiend, the other synthiest band in Lawrence, brought a lineup change that resulted in a much bigger sound. This act, reminiscent of NIN, has a presence that’s larger than life with a soundtrack to match. Add in those powerhouse vocals from Joel Bonner, and you can expect them to be on your local music radar in 2018. Lincoln Marshall closed out the night with their signature hip-hop and offstage camaraderie, featuring the feel-good rap stylings of Approach and MilkDrop.