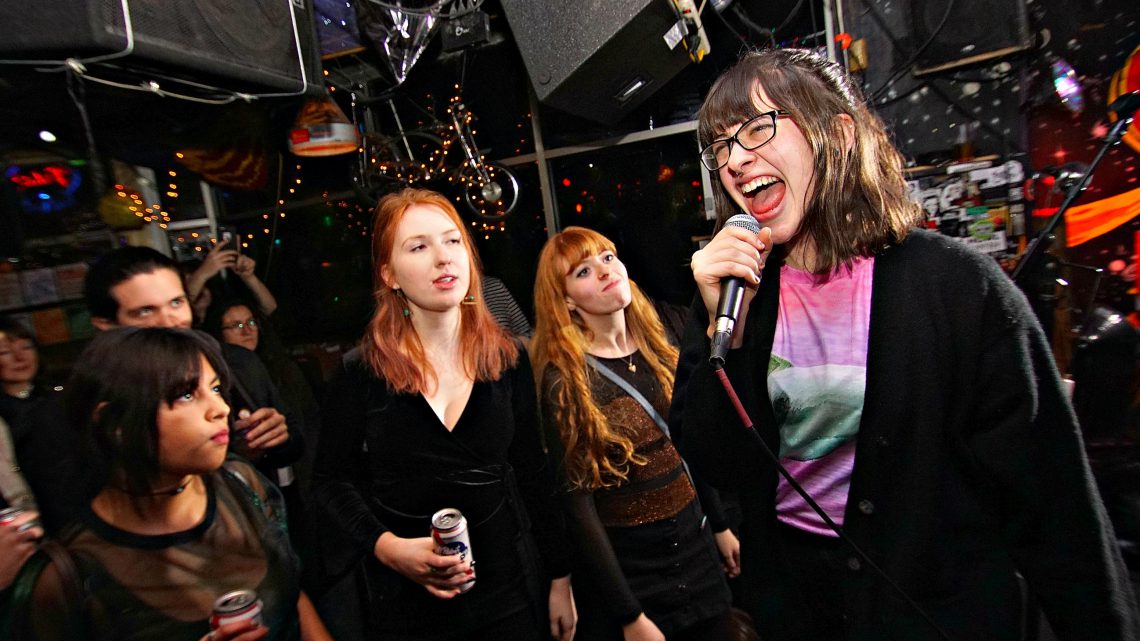 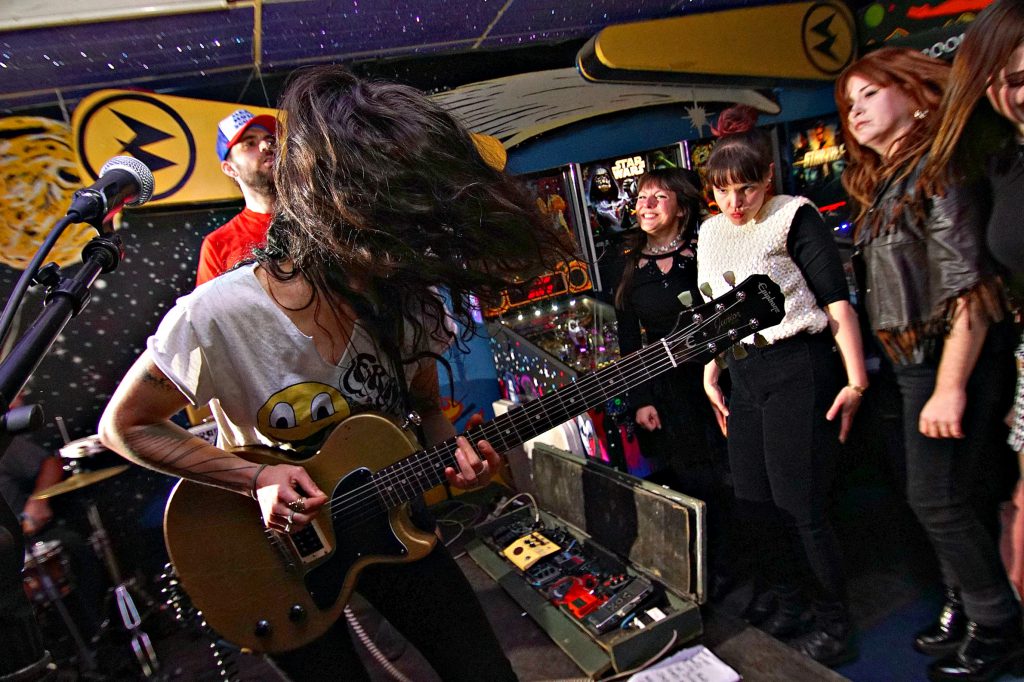 It’s been a bit of a slow week for live music in Lawrence, but rock and roll was still going strong Downtown over the weekend. The Replay hosted a night of garage and psych rock, culminating with the ever-growing popularity of Pale Tongue‘s wailing guitars. They were joined by The Savage Blush, a Denver-based band, on their final night of tour. The trio, fronted by Rebecca Williams’ thrashing guitar, provided the kind of garage rock you could dance the night away to with a steady beat reminiscent of Thee Oh Sees. Wendy Moira opened up the night with new tunes that got the crowd so worked up, they fogged up the glass in the venue right away.

Next post Photo Gallery: MLK Day on the KU Campus