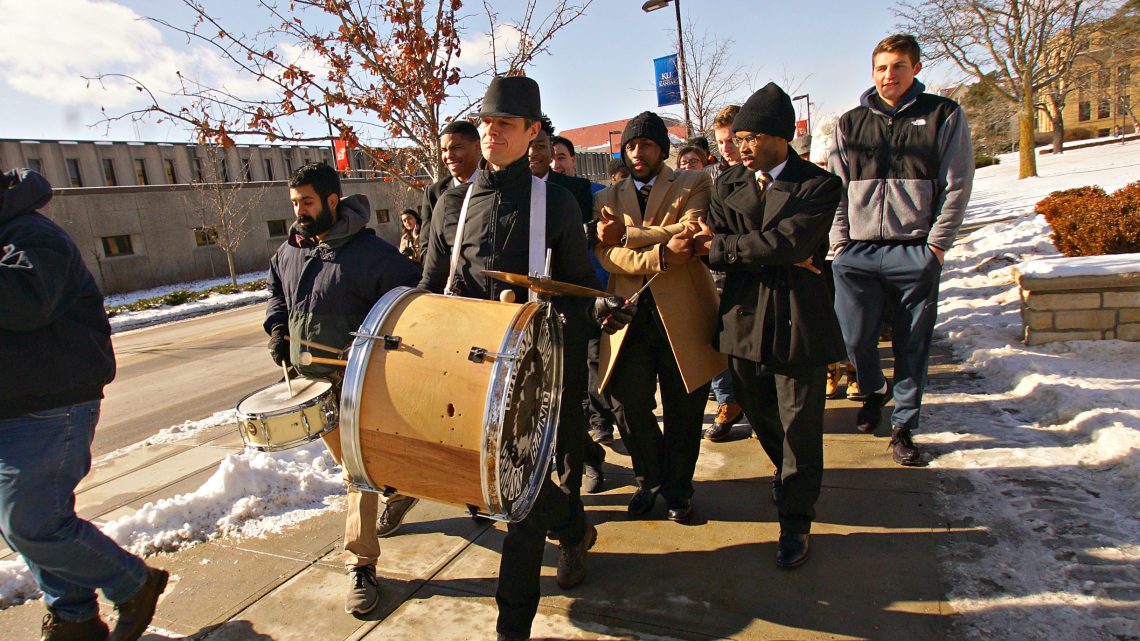 Frigid temperatures didn’t keep the Lawrence and KU community from joining together in solidarity on campus Monday afternoon. The Second-Line Brass Band, who you may recognize from the annual Mardi Gras parade, helped lead the march from Strong Hall to the Kansas Union in celebration of Martin Luther King Jr. Day. After a brief statement from the Chancellor, marchers linked arms and shuffled across the ice down Jayhawk Blvd in honor of the activist. Temperatures for the march were so cold, even the band had to fight the weather when it forced parts of their instruments to stick. But they were rewarded with a performance from local rapper Cuee, who was waiting for them in the Union along with some hot chocolate to cap off the afternoon. Photos from the event are below: