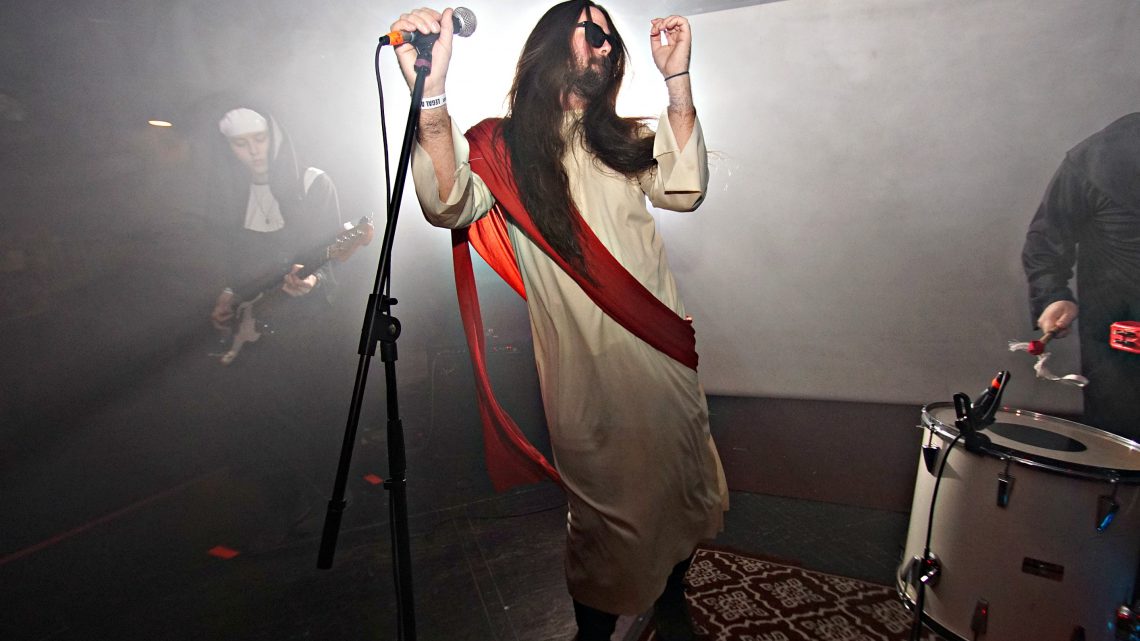 JC and the Nuns / Photo by Fally Afani 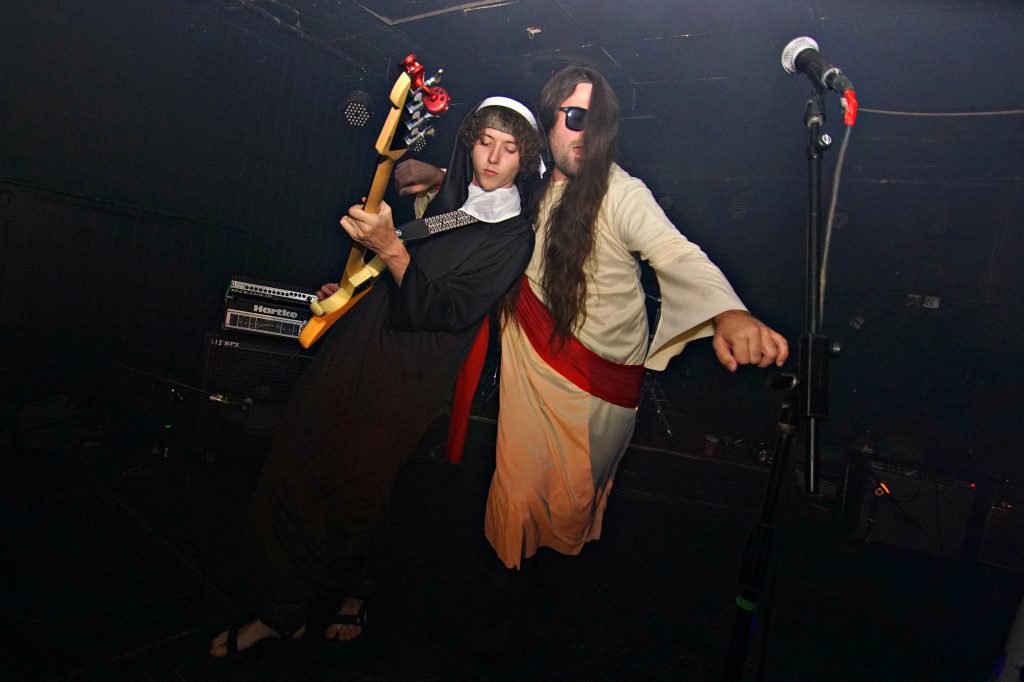 JC and the Nuns / Photo by Fally Afani

I have been truly blessed to write reviews for I Heart Local Music for the past five years, but this may be the first case in which a review earns me an actual blessing, dear reader.

JC & The Nuns are a four piece band including three habit-clad musicians and a lead singer who looks a little familiar… But the comparisons stop with the holiness there and instead veers toward “holy shit.” Jeez, their six-track release, starts with a low buzz that builds to the surf jam of “Psych’s up.” The vocal reverb echoes chillingly before the guitar splashes over it. From there they only get grungier and more fuzzed-out on the stellar “Sally Field” (who famously played The Flying Nun, after all). The balancing act of growling guitar and JC’s (Matt Hammond) howling vocals gives us a six-minute back-and-forth jam to just chill out to, before the sleaze-rock of the next song kicks in. The title track is a blissed-out, almost goth anthem the group just knocks out of the park. “Surf Nuns” gets nice and rowdy, before closer “Psych Burn” blows the whole thing to kingdom come. Jeez is the perfect way to get down and dirty with the JC & The Nuns.

On one final note, the group’s bandcamp page offers a bible verse after the tracklist. Feel free to look it up, because it isn’t fit to print here (it even caused me to blush, dear reader). Amen.

Editor’s note: You can see JC & the Nuns preach this Saturday, January 20th, at the Replay for their album release show.

Next post Review: Momma’s Boy - “Want Me Back” Single