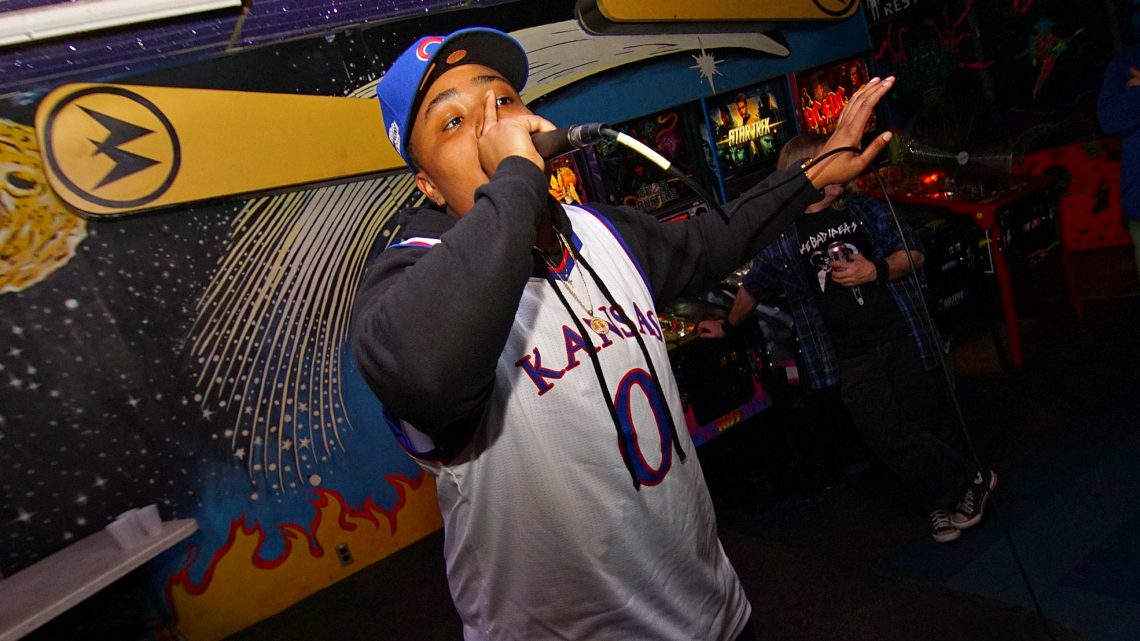 If there’s one artist who has come up very quickly through the scene this year, it’s Cuee.

She was relatively unknown just a few months ago, hitting up open mic nights for the most part. But throughout the year, the KU community grew to love the rapper and her infectious energy at live shows. The charmer left a pretty big impact at Farmer’s Ball, and this weekend she’s back at the Replay with another hip-hop powerhouse, Stitch81Classic.

This month, she released a new EP, Master’s Cap. This is her second mixtape, capping the end of her Master’s Degree program at KU (she just graduated with a degree in Higher Education Administration). As with her previous work, the tracks are well-produced (they were recorded in Chicago). She’ll likely be hitting the road soon, but not before making appearances at the Replay and at Lawrence Field Day Fest. In the meantime, you can listen to the EP below, and catch her at the Replay on Friday.