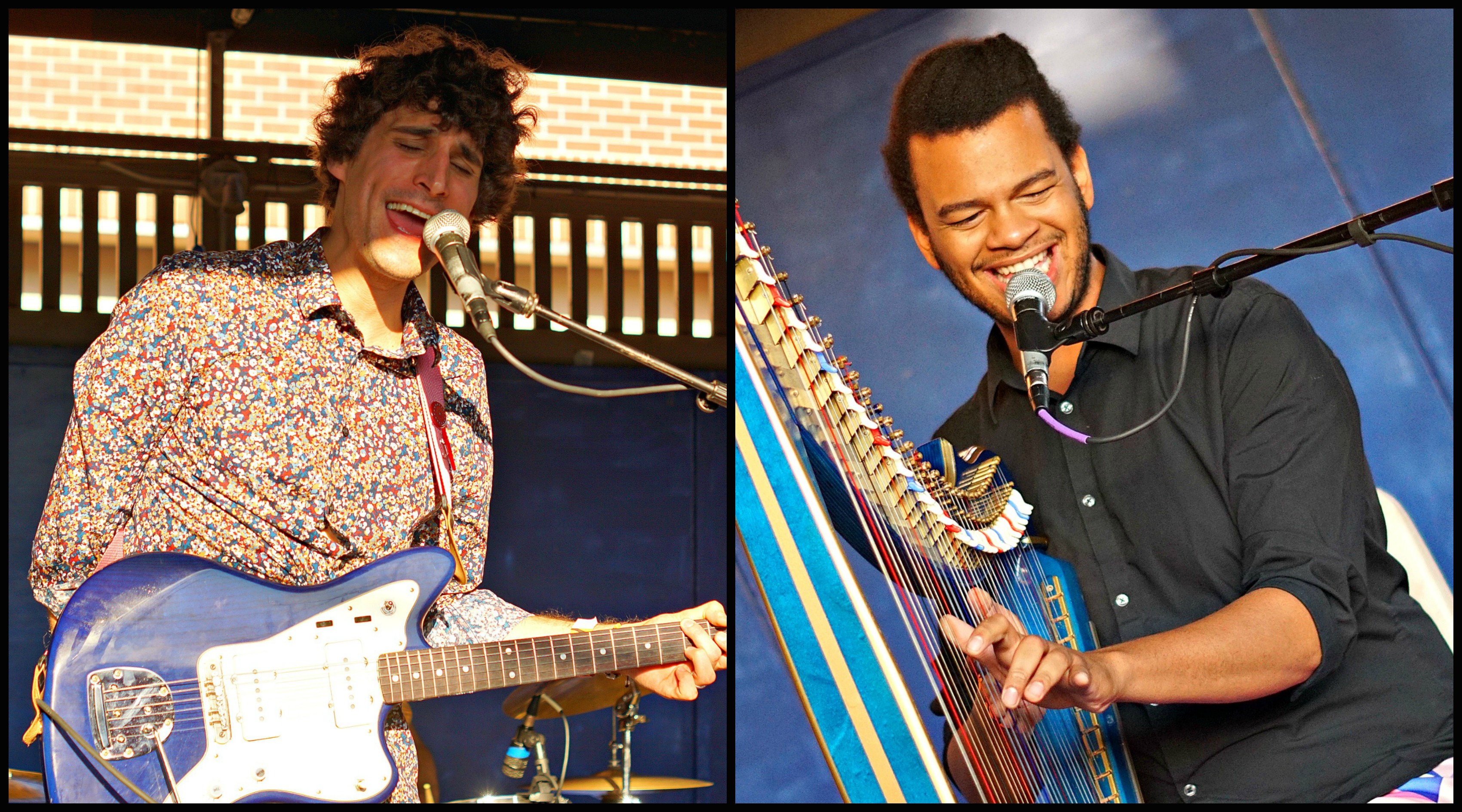 It was one of those moments that brought an entire room full of strangers together in one moment.

On Friday evening, while much of Lawrence was scuttling about from block to block across Downtown Lawrence for Buskerfest, the Replay hosted an entrancing early show. Kansas City sweetheart harpist Calvin Arsenia returned for a set on the patio, where he won over the hearts of brand new fans throughout the evening with his beautiful harp work and falsetto vocals.

If you looked up at the audience during his set, you heard the glasses stop clinking and saw the guy at the door and the bartenders stop working while remaining fixated on what Calvin was doing onstage. Then, slowly, with everyone completely focused on the music, the phones slowly started rising up and everyone hit “record” to capture the magic while the once-exciting sounds of Buskerfest became a distant memory at this point. By the end of his set, they were demanding encores (Calvin very humbly obliged).

While he played songs off of his latest release, Catastrophe, he also mesmerized with several covers. He attributes a lot of his inspiration with the unique instrument to harpist Joanna Newsom. He covers her song “Bridges and Balloons” below:

Calvin was joined by Wild Eye, previously a solo act from singer-songwriter Ross Williams. Wild Eye is a trio now, and the result is a far more psychedelic sound throwing back to Williams’ time in his previous band, No Cave. He still sports some of the smoothest vocals in town, but gets to do more work on the fret now that his band has expanded. Wild Eye’s groovier pace is perfect for the slower and lazier days of Summer, and we’ll likely hear more from them soon.