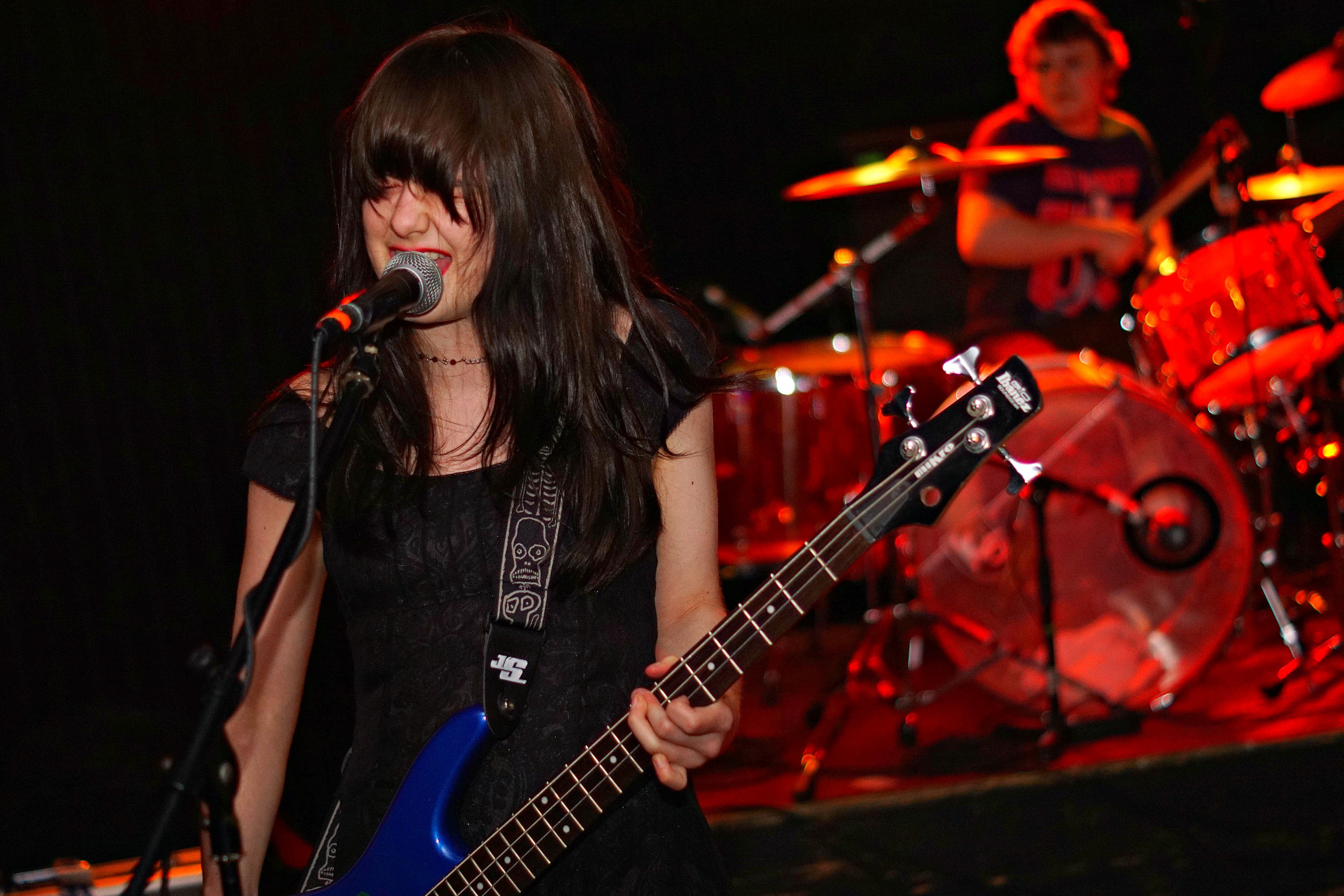 It had to have been one of the fiercest lineups to hit the Bottleneck all year. Kickstarting a grand weekend full of nonstop live music, Skating Polly returned to Lawrence after a long hiatus from the city. The Oklahoma-turned-West Coast sister duo of Kelli Mayo and Peyton Bighorse also came with a new sound, most notably amplified by the addition of another sibling, brother Kurtis Mayo, on drums. This has allowed the band to come across bolder and more raging than before.

They were joined on this jaunt through the Midwest by familiar faces Bruiser Queen, a St. Louis garage rock duo well-known (and adored) in Lawrence. Local punk rockers The Sluts and Wendy Moira opened up the show.