Introducing: JC and the Nuns

Introducing: JC and the Nuns 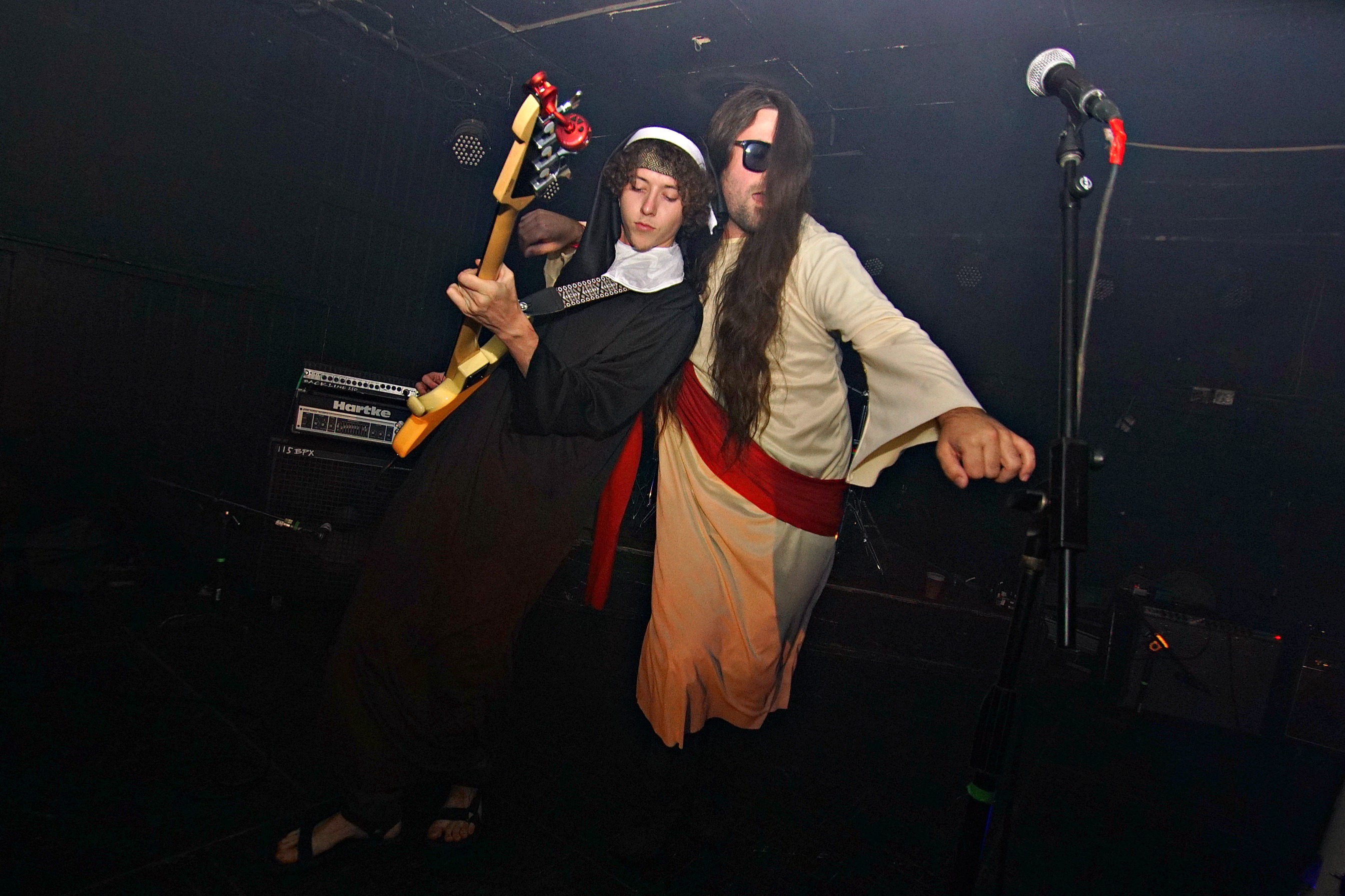 No, really. Jesus Christ. Onstage. At the Bottleneck. With his posse of psychedelic nuns.

On Wednesday night we joined his followers into this new, far out kingdom. The band, JC and the Nuns, is already comprised of some of the greatest masterminds in Lawrence’s psych rock scene. Featuring members of Stone Grower and Bloom (whose vocalist already gives off the Jesus vibe with that gorgeous mane of his), watching their groovy tunes could very well be a religious experience for you. Jesus’ Eddie Vedder-esque growls and screams will put the fear of God right back in you. Oh, by the way, that’s BaioWolf’s Sean Wilson on drums wearing a headband that says “Nun Of Your Business.”

But beyond the costumes and flair, JC and the Nuns is psych rock at its rawest and most perfect. If you weren’t into Lawrence’s psych rock scene before, this may make you a believer. While Lawrence has had its ups and downs with the genre over the past few years, both Stone Grower and Bloom have been just an absolute joy to watch. Their tunes are thrilling, their style timeless, and their talent unmatched… and they’re both represented in this band. Just this once, you can go ahead and let JC (and the Nuns) into your heart for a rocking good time.

If you missed out on the sermon this week, Jesus will rise again on Tuesday, June 20th, at the Replay.