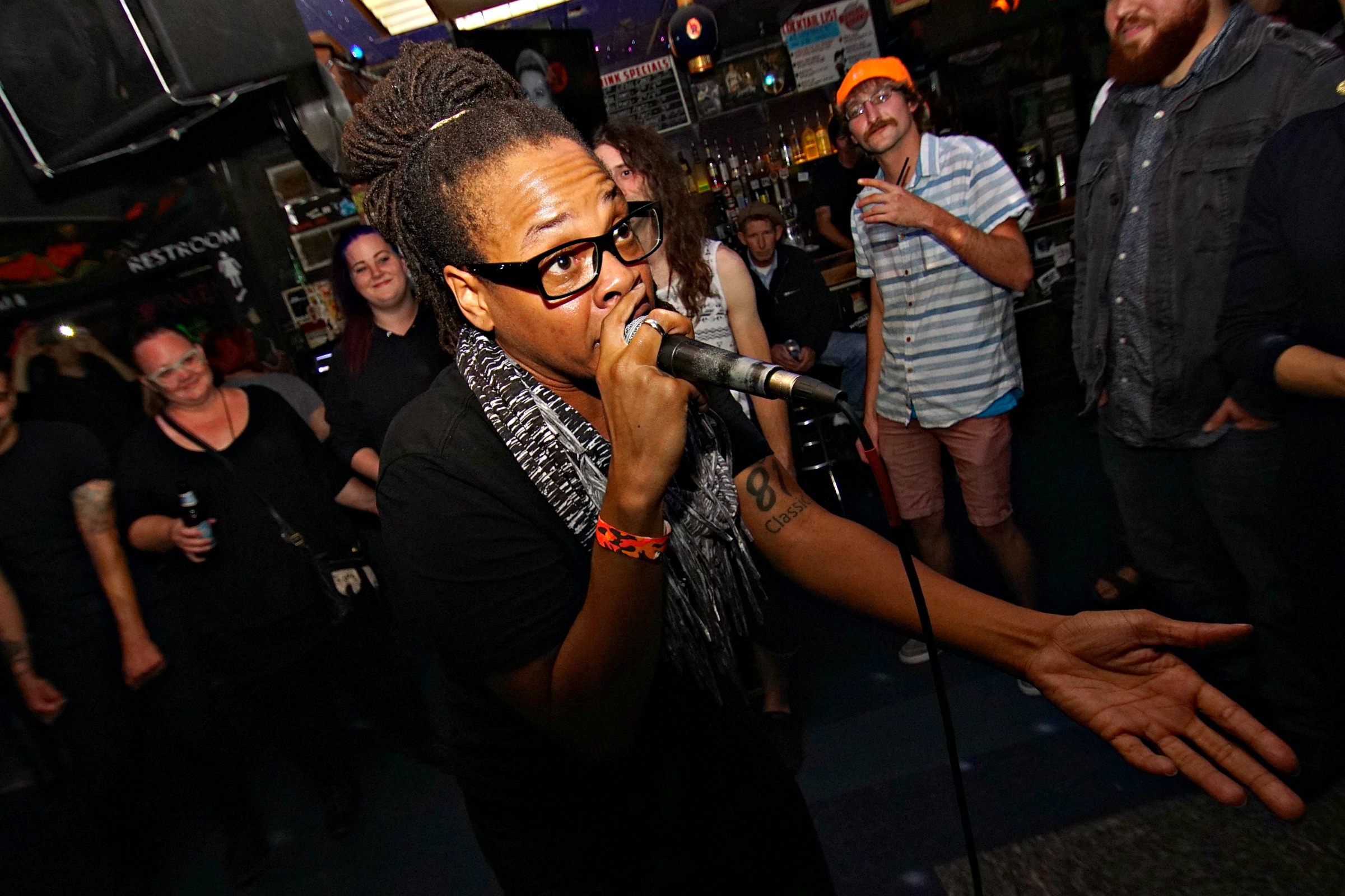 If you like “good music, sex, and marijuana,” then you’ll probably love Stitch81Classic. When the rapper finally returned to Lawrence over the weekend, no one was safe. This is a woman who is completely fearless, positively bold, and wonderfully intimidating. She got up in everybody’s face (as in literally, walked right up to everyone’s faces and performed there).

Stitch81Classic is likely one of the most confident performers out there, and she made sure you knew it. If you were within the vicinity, you were forced to come face to face with her incredible skill and the emotions that come with confronting such a force. It’s hard not to, when someone is actually in your face asking if you like good music, sex, and marijuana (clip below). Her sets are ones where you learn right away what you’re getting into, and whether you’re strong enough to face her.

She was joined on this night by Lincoln Marshall, the duo comprised of Approach and MilkDrop. They held up their reputation as party animals, and somehow found even more ways to instigate fun.

It’s always a little startling when a room goes from zero to 60. Where did all these people suddenly come from? It’s as though whenever Lincoln Marshall appear, a party crowd just manifests. They certainly get the party started— and with that much personality in one act, you’d have to be fairly dull not to join in.

Ricky Roosevelt, another one of those rappers who just oozes personality, opened up the night. By now, Jarred Morris has become so light on his feet. His rich baritone barely quivered as he hopped about the stage and the dance floor while Alex Calhoun laced his rhymes with beautifully produced beats. Ricky Roosevelt is “never flexing” and “never doing it for the camera.” He’s one of the more genuine lyricists out there, with words that speak of staying true to one’s self. As one of the more relatable artists in the scene, the younger generation is sticking to him like glue. Also, he’s just fun to watch (in the clip below, every time he raps about hiding in the back, he literally walks over somewhere and hides in the back).

Photo Gallery: Phantogram at the Midland