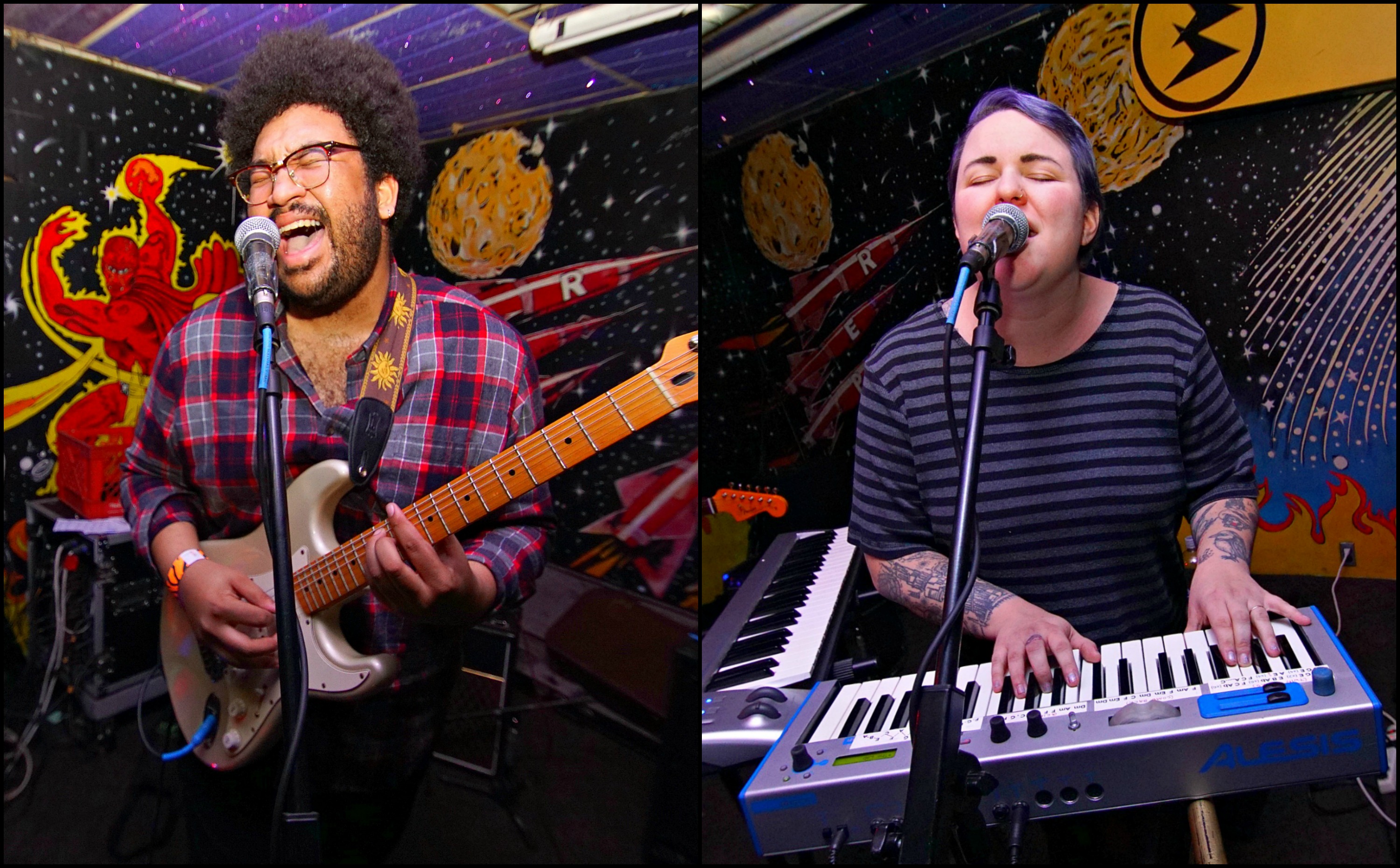 The Replay’s infamous Three-Headed-Thursdays became a Four-Headed-Thursday when indie crooners and rockers took the stage this week. The event celebrated a tour kickoff for one of Lawrence’s busiest musicians, La Guerre (Katlyn Conroy), who ditched the band and is going forward as a two-piece for now.

Both La Guerre and Pale Tongue developed their approaches to their respective genres, with Pale Tongue leaning more towards psychedelic and La Guerre accomplishing a fuller sound as a two-piece than when they performed as a full band. Surrounded by keyboards and computers, Conroy put her vast synth knowledge and skills to work and really created something new and trendy… and dare we say, dancier? It’s a new vision she’s been working on towards the band, shifting from dark and brooding to something you can tap your toe along to.

Real Adults’ Garrett Marsh also delighted with a slight change in his lineup, forgoing his rich sound with a full band and dabbling in solo work for the time being (don’t worry, he was still a hit with the fans). Rae Fitzgerald, from Columbia, MO, delighted with indie pop numbers and vocals so smooth they simply had you melting the week’s stress away. Even with the heartbreakingly emotional and, at times, macabre lyrics– Rae Fitzgerald still produced such a comforting tone akin to Tori Amos singing you a lullaby.