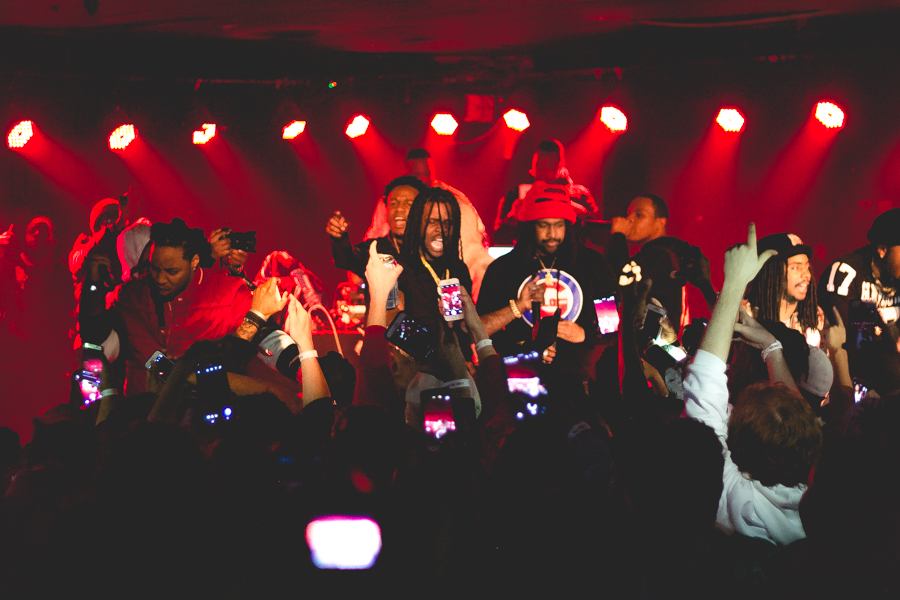 With zero tickets left to sell, The Bottleneck played host to the rabid fans and onstage antics of LA/Chicago rapper Chief Keef. Brooklyn tour mates Hoolie Gu, along with local openers Yung Grandpa and Ebony Tusks, opened up the show.

Although supposedly one of the hottest shows so far this year, the burners weren’t up too high with long times between acts and bored patrons. While Sosa did take the stage nearly an hour late, the fans– who didn’t take too kindly to the openers– were still charmed and captivated by his set.