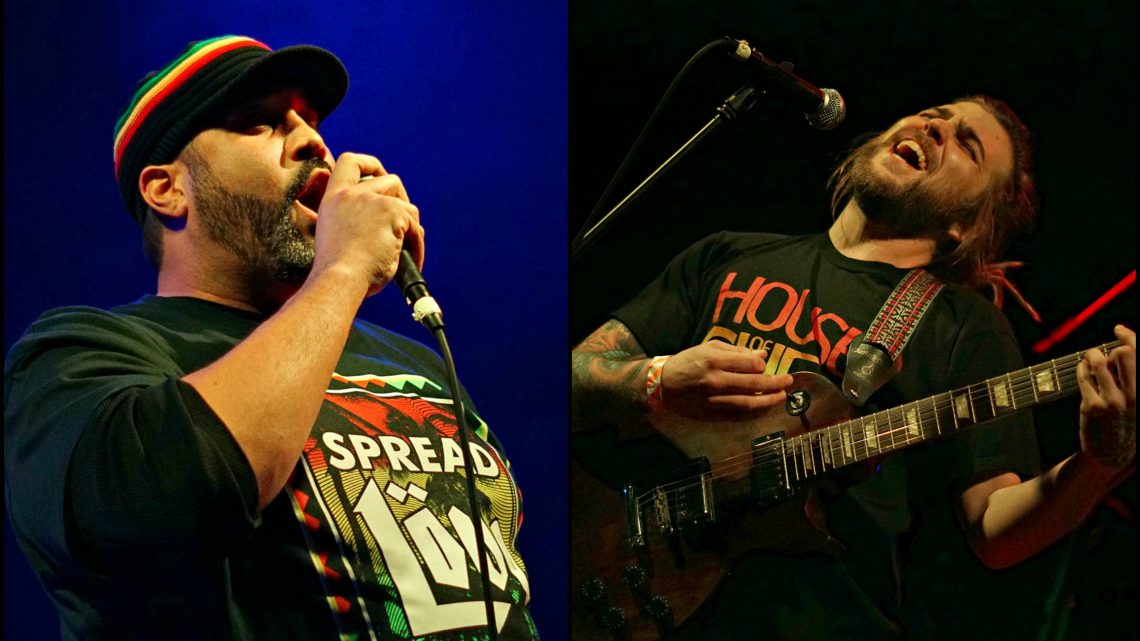 The first thing you noticed when you walked into the Granada on Saturday night was the smell. It hit you like a delicious ton of bricks. That’s because the venue had brought in G’s Jamaican Quisine, out of Kansas City, to help celebrate Bob Marley’s Birthday Bash with a couple of local reggae bands.

Everybody knows that the first rule of bringing people together is food. The second, of course, is music. On this night, the Granada had both– and that put the large number of fans who packed the venue in the best of moods. They were dressed to the nines as they filled the lower level of the venue to dance along with the music. Both Zach Mufasa and Soul Rebel and the Beast came with covers and originals, though the bands are mostly known for endless originals laced with big band harmonies and perky horn sections. We were fond of Soul Rebel’s incorporation of rap and hip hop into their act. With a genre that has deep roots in activism and protest music, Soul Rebel urged the fans to “spread love, not hate.” It was, unsurprisingly, completely fitting for today’s political climate and received well by the fans who came with open minds and open hearts.

Soul Rebel and the Beast, out of Topeka, is a must-see act for local music. They’re frequent visitors to Lawrence (usually at the Jazzhaus), but you’ll get to see their thrilling live show and exhilarating stage presence at Lucia on St. Patrick’s Day.