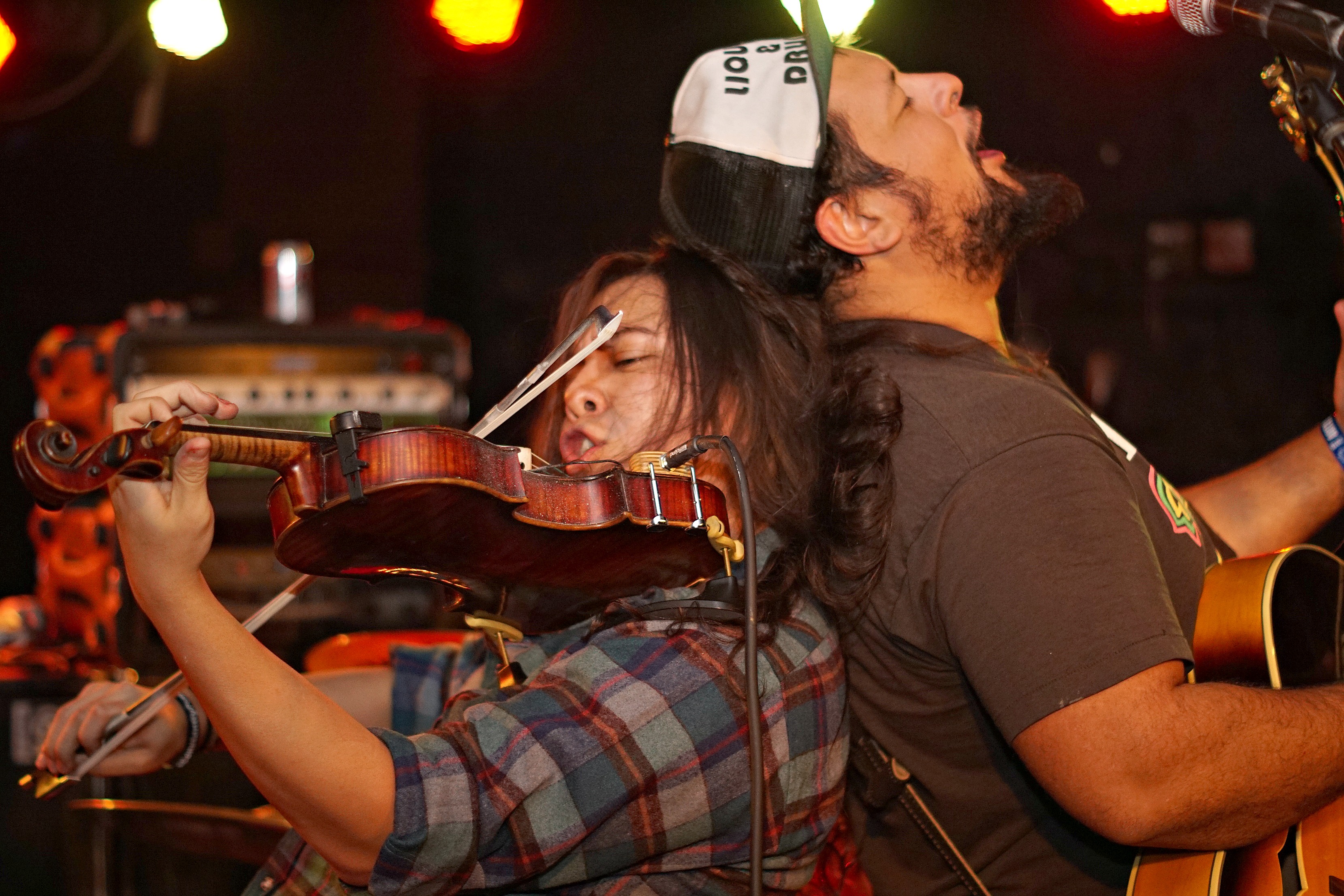 We’ve seen what madness looks like, and it resides with Feast Ov Fools.

The self-described “gypsy death core” band is brand spanking new, and the fools played their debut show at the Bottleneck on New Year’s Eve when they opened for Split Lip Rayfield and MAW. This band sounds like Gogol Bordello on speed. They are absolute animals. They stormed the stage, held their beers up in the air, and yelled “We are Feast Ov Fools, motherfuckers!” and ripped into some of the fastest-paced songs we’ve ever heard.

The band started when a hodgepodge of musicians got together for a random 30 minute set at Winfield (that’s where miracles happen, people!). Featuring members of Sugar Britches and Cowgirl’s Train Set, many in the audience were familiar with the band’s personalities and were already fond of their work. But nobody expected them to be so hardcore. Even the drummer, who you’ll recognize as DJ Kimbarely Legal, was vicious with her steady drum beats and menacing Alanis Morisette hair hanging in her face.

But the belle of the ball was Sage, a fiddler who Lawrence became familiar with after watching him busk. We even did a short story on him, and to date it was our most popular story of 2016. The guy was a beast and broke the hairs on his bow right away. When the bassist screamed with her mouth wide open, it felt punk as fuck and helped us fend off death. Also, they howled like wolves (second clip).

Needless to say, Feast Ov Fools’ debut was a hit. They played so fast, we’re suspecting they have stove pipes for forearms with all the muscle it took to pull it off. They’re the punkest thing in the local bluegrass scene next to Split Lip, and this will pay off with a wide variety of fans spanning several genres.