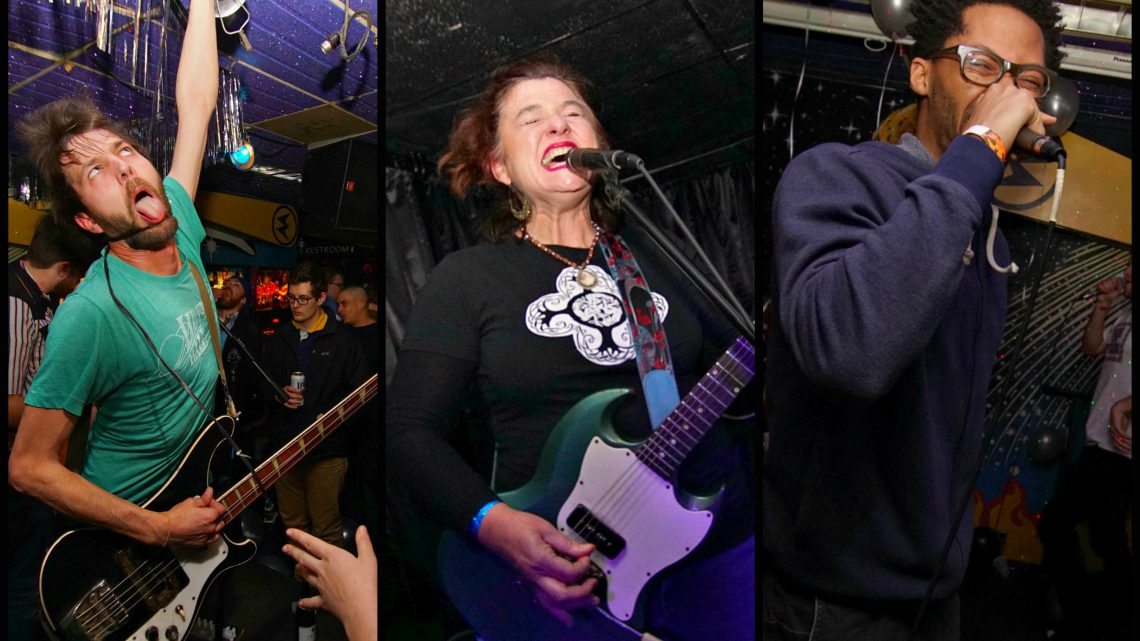 The Lawrence music scene certainly sent 2016 out on its arse over the weekend. Bands celebrated in style at The Bottleneck, The Replay, and The Jackpot. The Replay was the most highly decorated of the three. There were streamers from balloons just everywhere, brushing up against your face, caressing your hair, and occasionally dipping into your drink.

Here are some notable moments we witnessed from bands:

The Jackpot has only had a handful of shows since the remodel. One of the things they did was make the stage beautiful and patched up the ceiling (formerly destroyed by Arcade Fire when Win Butler stabbed the tiles with his instrument). But when Vedettes took the stage, they rocked so hard that dust started falling (even at a rapid rate sometimes) from the ceiling. Add this to our growing list of reasons Vedettes are going to rule this town.

Vivid Zebra is the future of music in Lawrence. Those kids have it down so perfectly, and the crew really pulled through at their Replay set (with special guest Sphinx, who you may know as Maybe Not’s Alex Chanay). Raymond has the voice of an angel, Ricky Roosevelt has become even more animated and spritely, and alccalh is the glue that’s going to hold all these acts together (his beats are to die for). Everything these guys produce is trendy, genuine, and gorgeous– and this is most definitely where music needs to be going with the younger generation of musicians in this town.

Godzillionaire is really worth your time if it’s been a while since your last listen. They’re really becoming one of the more solid rock acts in the area, and their Jackpot set was the best one yet. You know that feeling when you haven’t seen a band in a while, then suddenly you realize they really must have been at it working hard on their act? That’s Godzillionaire right now. Pay attention, because their sound is a force and their members are proficient.

Feast Ov Fools was by far the most exhilarating part of the night, which is why they deserved their own post. So read it here.