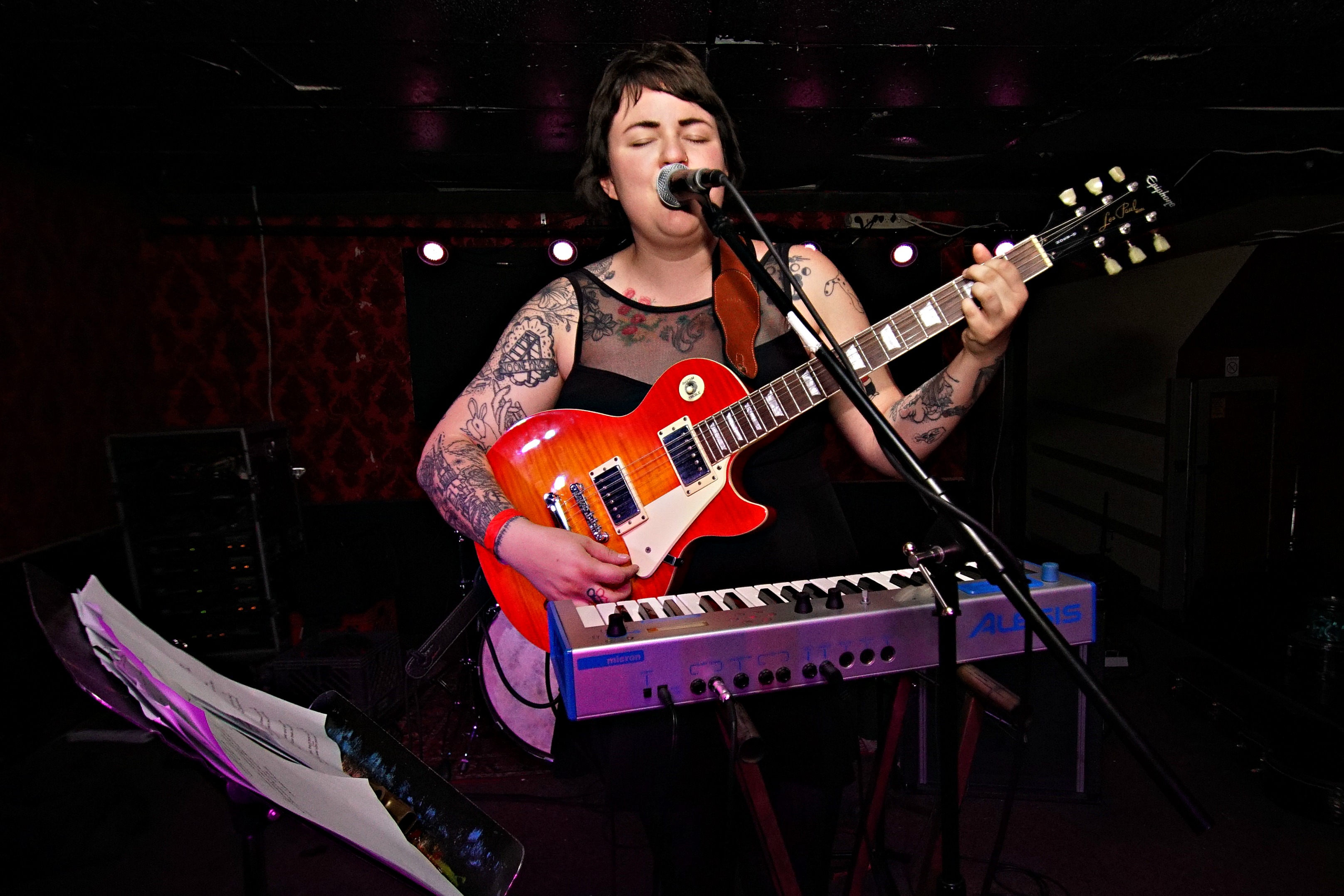 Katlyn Conroy, the siren-voiced musical mastermind behind La Guerre, has never been one to sit still. Just this year alone, she participated (actually, she slayed) in a David Bowie tribute, contributed vocals to at least two releases other than her own (Bonzo Madrid and Asterales), and has kept on top of her regular stint with La Guerre. This week, the busy bee is once again testing her harmonious limits when she teams up with Shawnee Mission North’s Orchestra to perform Conroy’s original music.

On Wednesday, at the school’s year-end concert, the musicians will be performing three original La Guerre tracks and one original song they wrote together. It started when students in a Songwriting and Arranging/Composition unit were allowed to choose an artist to work with, and Conroy says she didn’t hesitate to the partnership when they asked her. “I hope that through the work I’ve done with these students, they will understand my point of view as a musician
and perhaps be able to read more deeply into my music,” says Conroy.

This won’t be the only collaboration of the week for the Lawrence musician. She’ll be performing alongside Lawrence musician and Irishman Nick Carswell (of Carswell and Hope) at the Damien Rice tribute for the Kansas City Irish Center on Friday.

Conroy’s fondness for performances outside the usual stage show is why she jumped at both opportunities this week. But it’s the prospect of working with younger musicians, such as her time in the Girls Rock! Lawrence music camp, that seems to keep popping up in her life. “I know that every time I put myself out of my comfort zone, I grow as a musician and individual. Especially when you offer me a chance to work with the younger folks,” she says. “I think back to all of the people influencing me in school and I really want to be one of those inspirations for other up-and-coming artists.”

Watch: Amenaza at the Jackpot