“Not Your Groupie.” Girls Rock preps young locals for the music scene

“Not Your Groupie.” Girls Rock preps young locals for the music scene 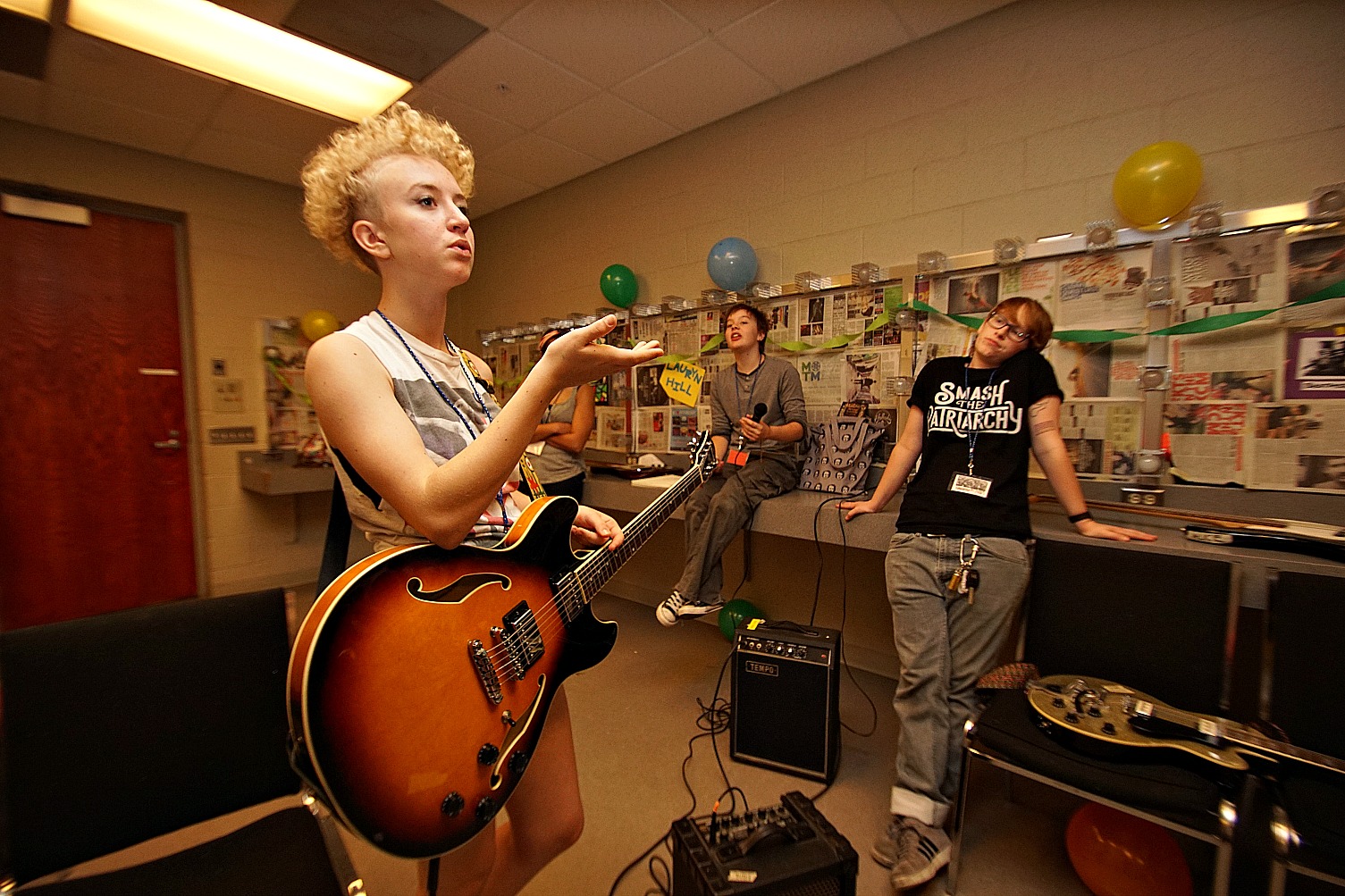 The Lied Center is all a-flutter this week. If you walk into any number of dressing rooms, you’ll find Lawrence’s future rock musicians hammering out tunes, crafting guitar riffs, and excitedly chatting with each other. Some are wearing braces, others are wearing Chuck Taylors. Many are wearing shirts that say “Not Your Groupie” and “Smash the Patriarchy.” Amongst the campers are some familiar faces from the music scene, as members of Youngest Children, The Ovaries-eez, Sister Rat, and more help the young women in their songwriting. This is a normal day for Girls Rock Camp, now in its second year in Lawrence. On Saturday, campers will hit the big stage at Liberty Hall and shred the night away for their final showcase

Although there are some new faces in the camp this year, many are returning for their second year. 14 year-old Macie Orr returned to the camp after finding a network there. “I remember how supportive everyone was,” she says. “I became a lot more confident. I don’t know what about it, I guess it’s finding out that I can make music. It helps me walk with my chest up and give me confidence… basically know that I’m going to be OK.”

Empowering campers like Macie has been the goal all along for organizers. Monica George, one of the songwriters behind The Ovaries-eez, joined several other instructors in an intense training session to learn how to guide the girls to their music goals. She believes the camp now only shapes the young women taking part in it, but also believes it’s an investment in the future music landscape in Lawrence. “We’ve already seen the music scene changing, and we’ve seen people coming out of the woodwork. Especially underrepresented women,” she says. “We’ve also had campers who are becoming gender non-conforming or trans, so I think this space is creating a safe environment for people and different types of sexualities and identities, and a safe place for people to explore them.”

While many of the organizers hope that the music lessons, self-defense classes, and brainstorming sessions help empower the girls, campers like Macie want to see more of her peers find this opportunity to grow. “I hope that a lot of people have the same experience that i had last year,” she admits. “I gained confidence, and I hope that everyone that participates in this camp gains confidence as well.”

You can watch the campers rock out at Liberty Hall this Saturday, June 11, at 6:00 p.m.