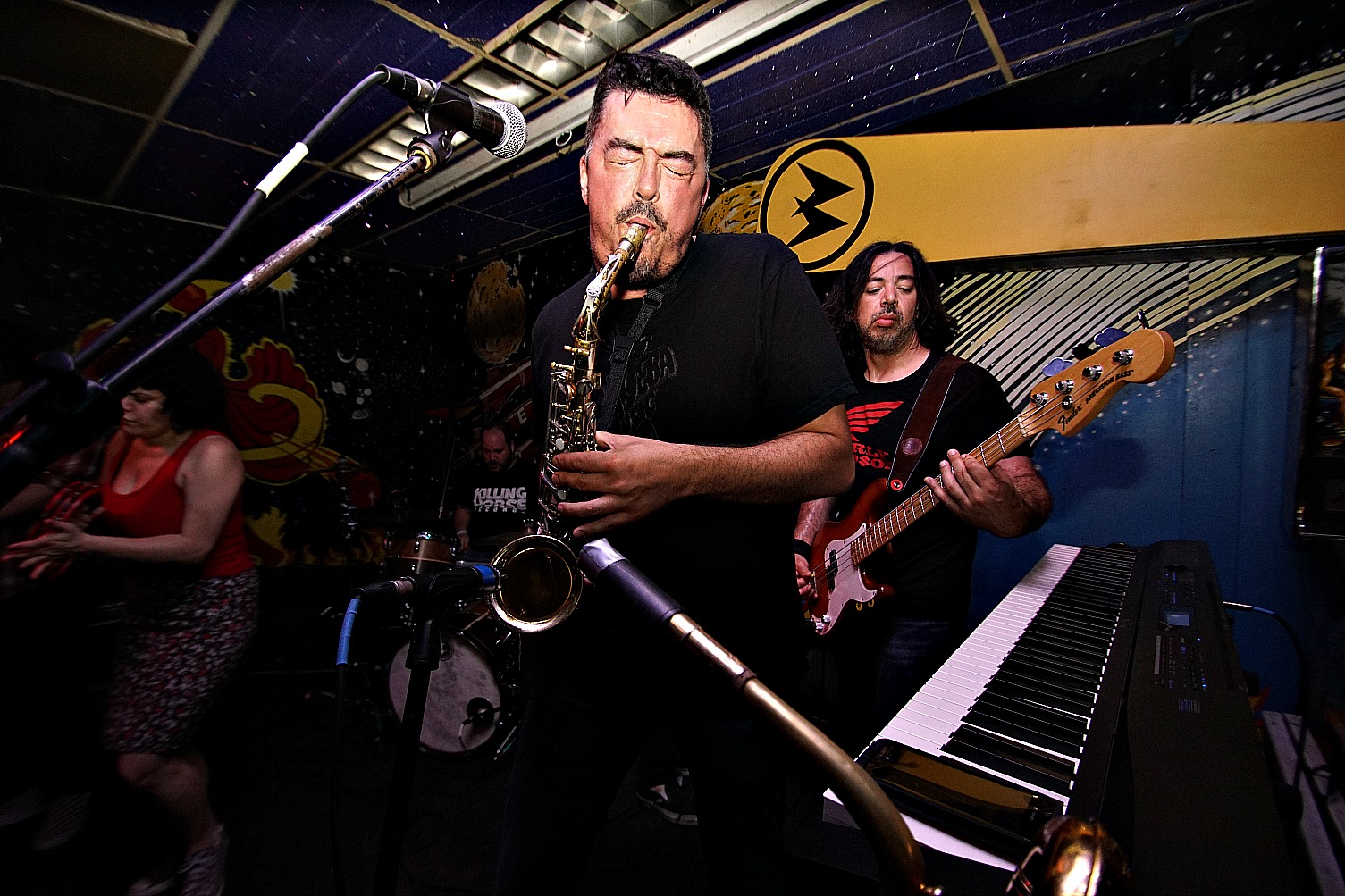 We’d like to think that any friend of Gnarly Davidson’s is a friend of ours, and The Everymen have been pretty good friends to them. It makes sense, considering they both participate in (and encourage) rowdy manners of fun via rock and roll.

The two bands spent a lot of time touring with each other over the last year, and on Friday they landed together at the Replay (not the first time that’s happened). The Everymen sport a large lineup, including the partiest sax in the biz. The many-membered music group will dance, run in place, and mess with each other during the show– the sax player even slammed his instrument into the drummer’s cymbals. They’ll do anything to conjure up a party, and it is damn effective. They’re the rowdy and drunken Jersey version of Arcade Fire, except Arcade Fire are pussies and The Everymen are Patrick Swayze in “Roadhouse.”

Most Replay revelers dig everything about them, which is good considering they’re not strangers around these parts. There’s a particularly unruly bond between The Everymen and Gnarly Davidson. For every “Hot Shit” Gnarly Davidson’s Sam Gunnerson yells out, The Everymen reciprocates it with a profound declaration of “Cold Shit!” Their turbulence goes hand-in-hand, and blends into a damn fine affair laced with loudmouthed profanities. This likely wasn’t the last we’ll see from one of New Jersey’s raucous acts.

"Not Your Groupie." Girls Rock preps young locals for the music scene