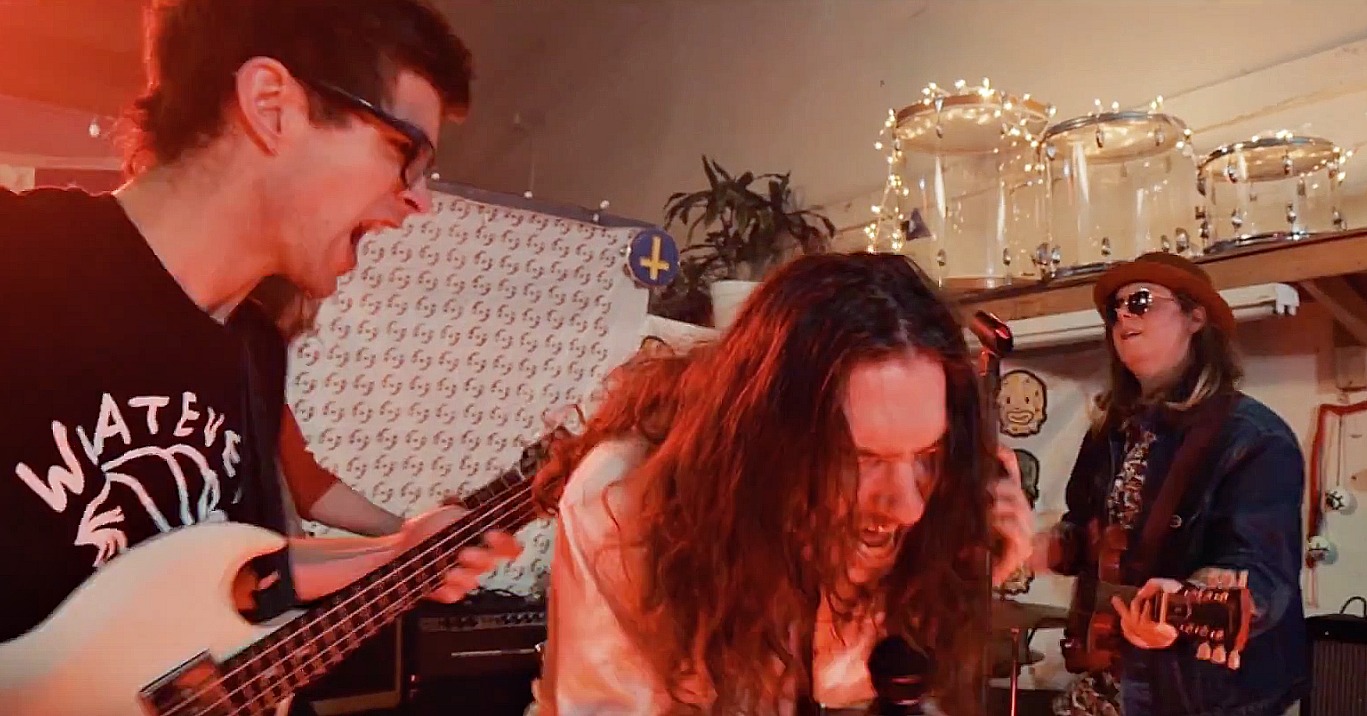 On the heels of their album release and theatrical release show, Psychic Heat continues releasing goodies to their fans with their latest work. The band premiered a music video for “Elixir,” which features frontman Evan Herd portraying an artist wandering through the winding halls and rooms of Studio B in North Lawrence. The art world is nothing new to the band– guitarist Tanner Spreer’s artwork is fairly remarkable and making more appearances in Lawrence, and Evan’s father is famed local crop artist Stan Herd (which is how the band came to access Studio B).

You can watch Evan set forth on the personal journey as various scenesters make appearances in the video. The band recorded the scenes earlier this year and recruited the help of several locals as extras.

Watch the video, created by Missouri filmmaker Michael Coleman, below. Then, catch them at their tour kickoff show at the Replay on Friday, June 17th.

Watch: Madame Groove at the Replay

"Not Your Groupie." Girls Rock preps young locals for the music scene