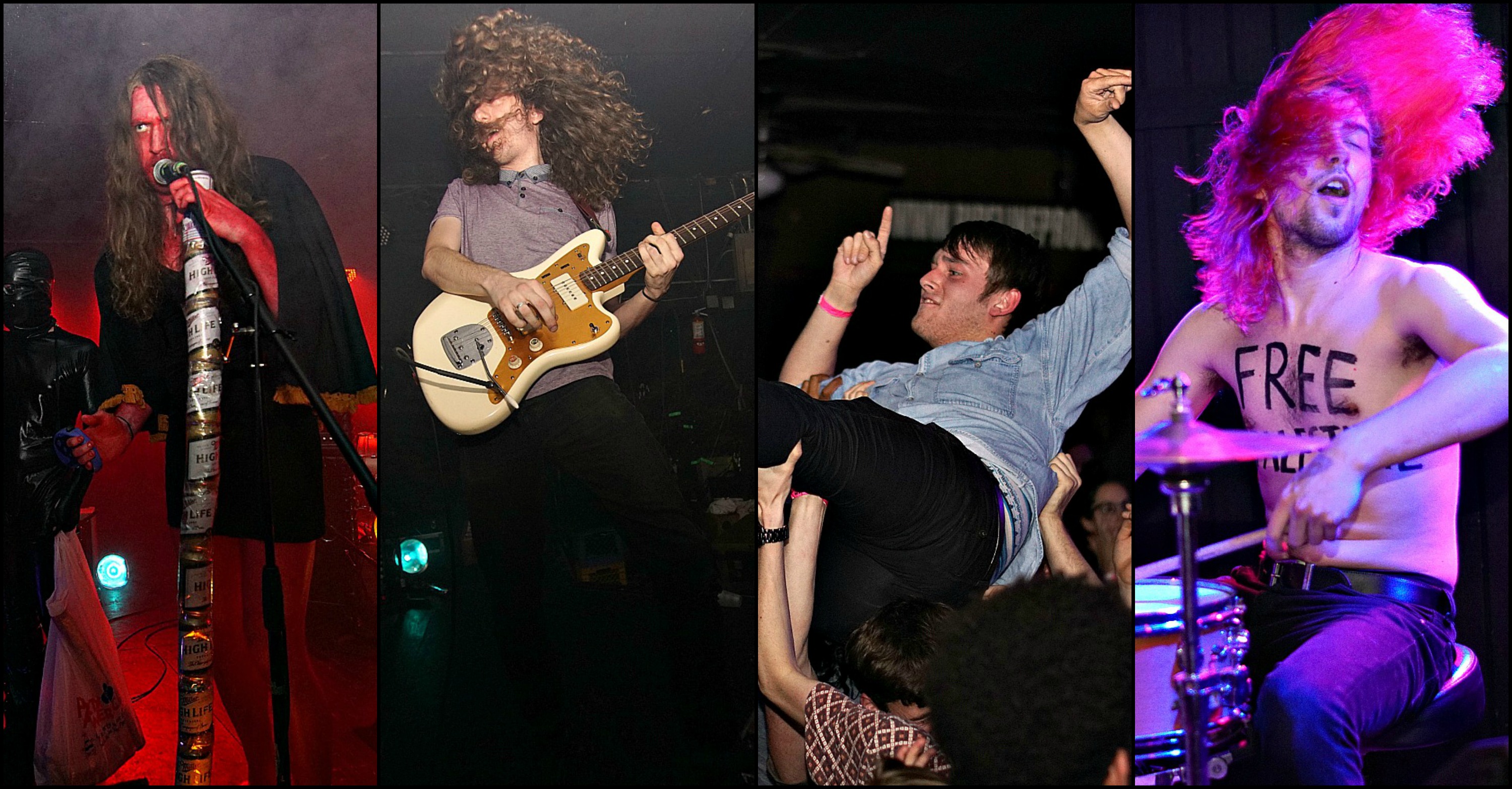 Nothing gets on our good side like a band that goes beyond their duties as entertainers to make a night special, and Saturday night’s show at the Bottleneck was a shining example of that.

The event was supposed to serve as Psychic Heat’s album release show, but it was so much more. Every square inch of this concert was saturated in surprises. The evening began with a performance from Lawrence’s favorite one-man-band, This Is My Condition. Craig Comstock is always a big draw due to his unique approach to music. He plays the drums with a guitar seated across his lap, and crafts wildly creative numbers by hitting both instruments with his sticks and running various noises through cables. But on this night, we were treated to a drum-off! Think of it as a walk-off, like in “Zoolander,” but with drums! Rather than playing on the stage, he played in the seated area near the front door of the venue. Seated right across from him was none other than Lawrence’s busiest drummer, Mark Osman (of Psychic Heat, CS Luxem, and Arc Flash). The two battled it out and created such a thunderous noise, you could hear it well down the block. The crowd formed a tight circle around the beat-makers, cheering them on and growing more worked up with every crescendoing drum line.

Continuing with a night of surprises, a formerly disbanded act came together for a rare reunion. We rarely dwell on bands that move away from the area, but we were fairly agitated when Paper Buffalo’s frontman left for the West Coast— we were just getting to know them when they called it a day.

The band, comprised of youngsters, is wise beyond their years with melodies that reminisce on older indie ballads. Therefore, this is a band that is popular across all ages in Lawrence. It is said that the band pitched in to fly their leader in for this show, and our opinion is that it was money well spent. Paper Buffalo’s fans were bursting at the seams. They moshed and thrashed to every single song. Let me tell you— when I say thrash, I mean they threw down hard. It didn’t matter if it was a slow song or a fast one, they were absolute maniacs. With a crowd that was barely able to contain their energy (or emotions), the fans ended up resorting to crowd surfing by the end of the set. Even the female vocalist couldn’t contain her excitement, and eventually dove into the crowd and moshed with them during the vigorous delivery of their final song.

Surprise! This Is My Condition had more delicious noise to crank out, and played an additional set by himself after Paper Buffalo’s set. This allowed time to set up for even more surprises before Psychic Heat’s set. One of them being a devil-clad character who introduced the band with many puns and a menacing fog erupting behind him.

One by one, the musicians took the stage. First, the bassist went on and played a slow bassline. Then, the drummer came on and ticked along with him. But before long, they sped up the tempo and were joined by the two guitarists (and founding members) of the band while the crowd starting jittering with excitement. With bulbous clouds of fog started erupting behind them, they dove into their set and kept the tempo high. With barely any seconds passing between songs, the popular psych-rockers tore through tracks off the new album while the crowd thrashed around in the dark. Psychic Heat has always been one for theatrics and setting the scene.

When they first started playing years ago as a young band, they would dog pile each other at the end of the set. They’ve since graduated to slamming themselves on their knees, flailing their long hair about wildly, while tearing through wailing guitar solos. It took a long time for Psychic Heat to get to this point. As a band, they started off with a recognizable talent and were immediately well-liked for months to come. It took trials, tribulations, tours, and lineup changes to stand as they were before the crowd on Saturday night— and in return, they filled the entire event with as much love as they were given over the past couple of years. Their album may have arrived a little late, but it arrived in style and was well worth the passage of time Lawrence had to endure to get it. This concert, and all the energy and talent that came with it, was absolute magic.