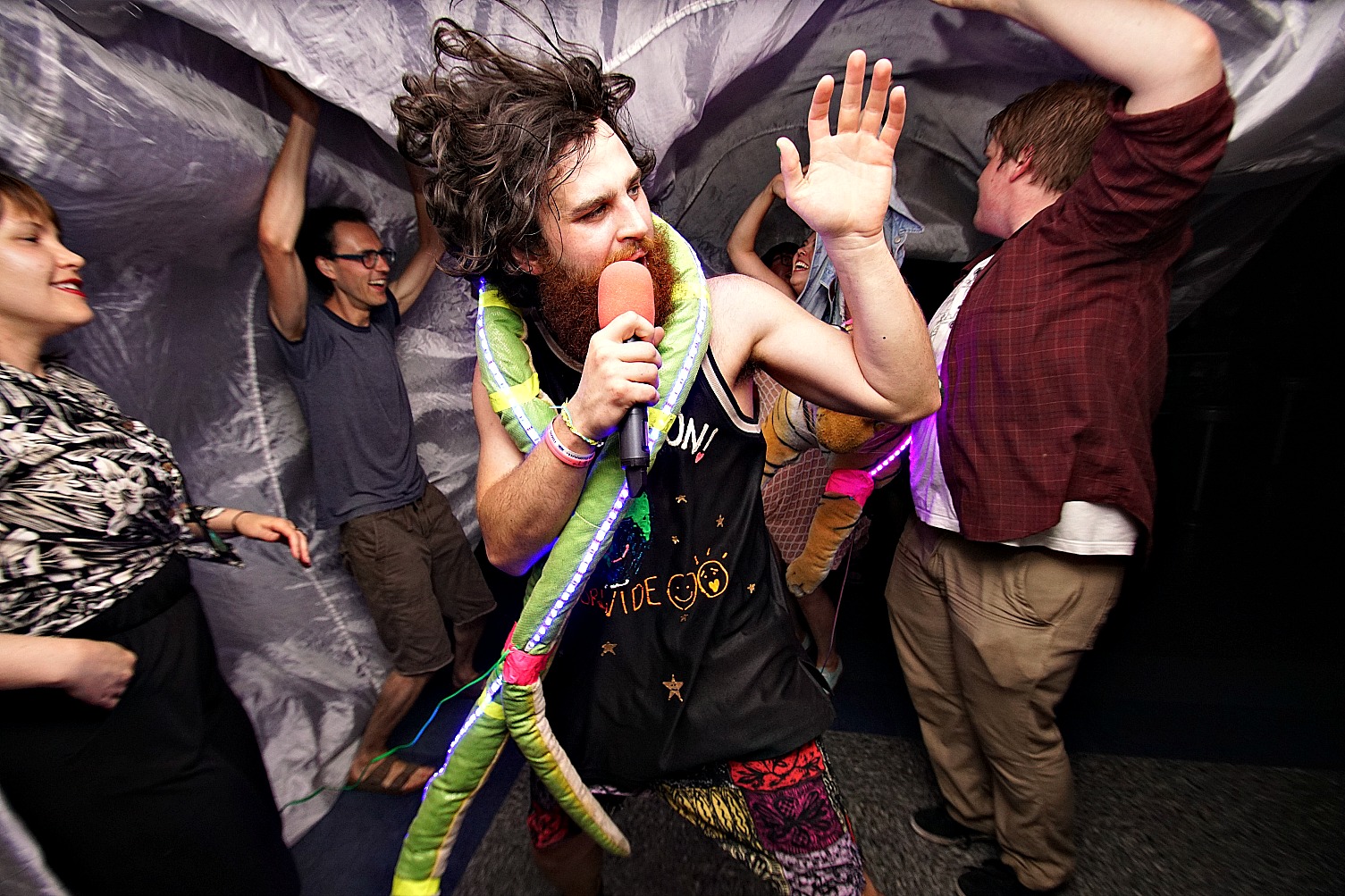 We’ve seen a lot of decor hit the Replay, but this one takes the cake.

When we step foot inside the small venue, it was hard not to get a little worked up over all the wild colors that were splashed about the place. Giant inflatable tubes, wrapped in fabric with hilarious prints, took up half the stage. Elsewhere, on the walls, large banners spelling out “Thanks” covered up the windows. If that wasn’t enough of an indication that a party was about to erupt, there were also large stuffed animals— such as tigers and snakes— black lights, and endless neon decor.

Terror Pigeon is the brainchild of Neil Fridd, a Nashville man sporting toe shoes, day-glo shorts, colorful nail polish, and a flair for theatrics. He screamed, he wailed, and he flailed. He was particularly fond of flinging his body all over, and even slammed himself onto the ground while pounding his fists. But what really draws Fridd’s shows together is the audience interaction. The inflatable fun was saturated with dance parties, conga lines, and a giant parachute he used to gather the audience under for a big finish. The audience, even on a stormy Wednesday night, was more than willing to take part and were often invited to storm the stage. It’s fairly impressive to know that one of the most oddball and LFK things to happen to the Replay came from an out-of-town act.

You can watch video of one of the songs below, and check out the photo gallery showing all the antics that went down.