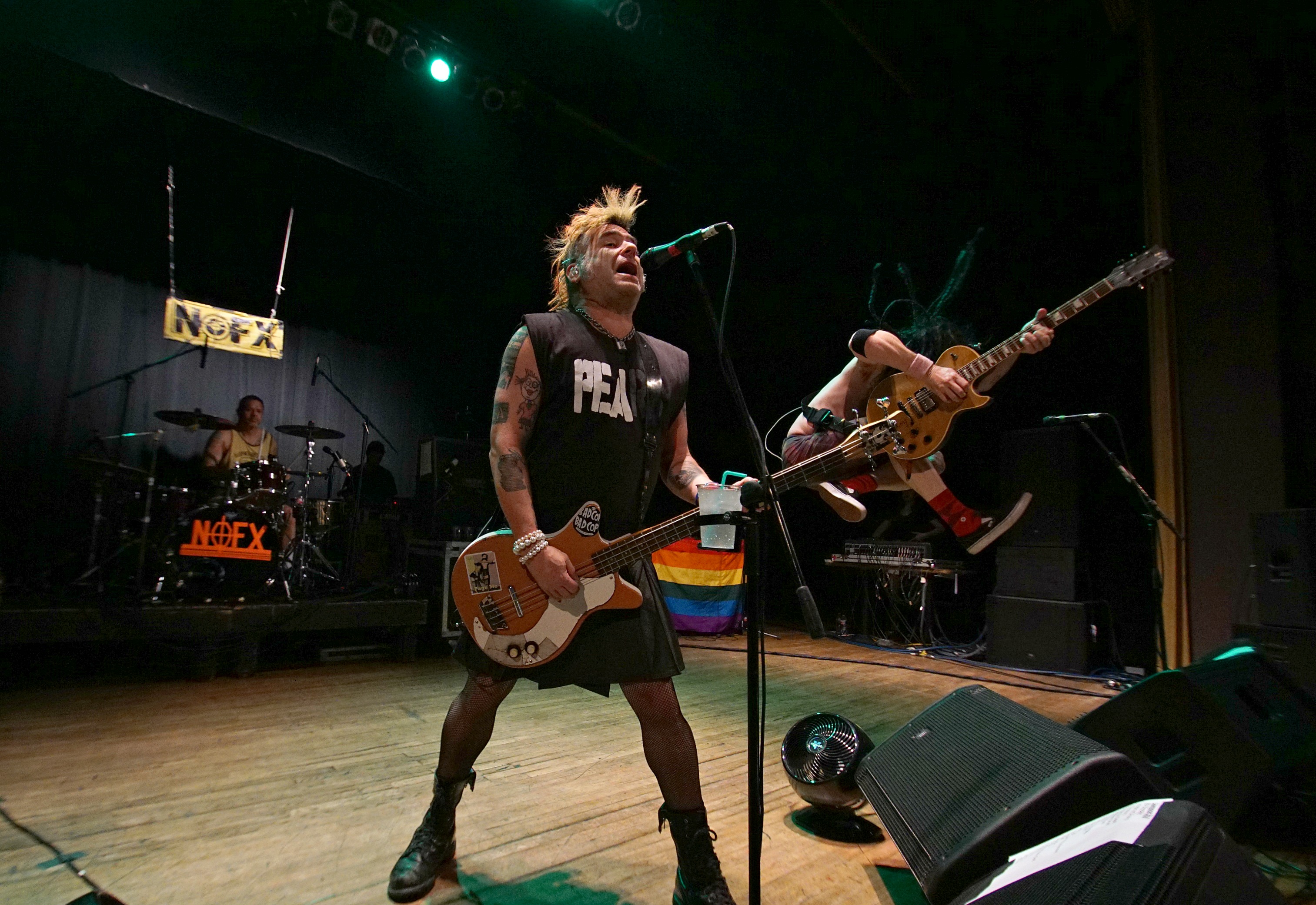 It’s been just over a week since the election that dramatically impacted the nation, so politics are still a hot topic everywhere we go. People are feverishly arguing (or mourning) the election results in every bar, venue, and coffee shop. But the best commentary comes from the stage (especially at punk shows).

NOFX is one of those acts that gives you quite a bit of transparency. The band’s songs become more brutally honest with every album release, and they give you a front-row seat into the inner musings of frontman Fat Mike. This is especially true with last month’s release, First Ditch Effort. The album deals with his experiences with getting sober, and he brought sobering messages to the stage. at Liberty Hall on Thursday night. The bassist noted that the evening’s set list was meant to reflect emotions regarding the recent election (so you can bet the punks got rowdier with every tune). It’s important to note that he also scored points with the locals by giving nods to legendary punk venue of yesteryear, The Outhouse.

They were joined by Pears, a New Orleans-based band featured on Fat Wreck Chords (the label started by Fat Mike). This band was so damn entertaining, you couldn’t look away. The vocalist was half Gumby, half lizard person, and slinked around the stage like Iggy Pop. The band reminded us of what would happen to Stiff Middle Fingers if you gave them a shot in the chest, Pulp Fiction style. They were at 110 percent all the time, constantly contorting and working the crowd into a frenzy.

Useless ID, out of Tel-Aviv, opened up the night by furiously plowing through their fast punk numbers. Then, they announced “OK, we’re going to play the fast ones now” and blew everyone’s brains right out of their skulls. Previously, their songs had been around two minutes. Now, they were under a minute. The politically-charged band also sympathized with those mourning the recent election, and invited the audience to identify with them based off experiences with their government leaders, “Idiots leading us into war.”