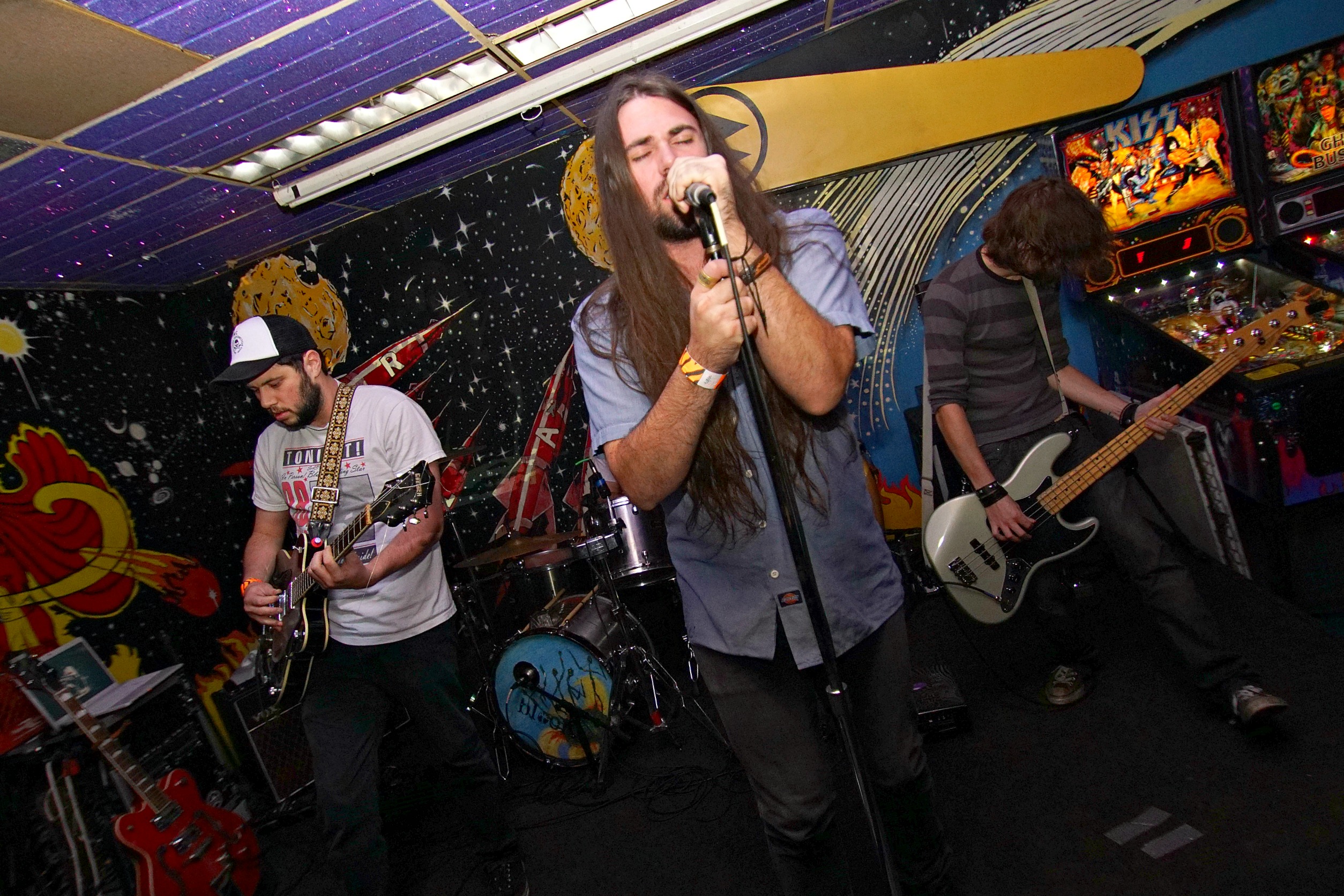 After the NOFX show last week, we sprinted down to the Replay to catch a longtime Lawrence act. Bloom is a band that sports a down-to-earth rock and roll sound, with a bit of 90’s influence peppered in. Their vocalist sounds like every 90’s grunge singer you’ve ever liked, backed up by a throbbing bass and trembling guitar.

Bloom gets around. They’ll generally join forces with local bands to play around the state, even as far as McPherson (where they originated about seven years ago). We don’t see them in Lawrence too often, but they produce a sound that would pair well with so many of the hard rockers here. They tend to churn out faster numbers, but here’s one of their slower and sludgier songs:

You can catch them again just before Christmas when they play the Replay with The People’s Punk Band and Godzillionaire. That noisefest kicks off December 22nd.