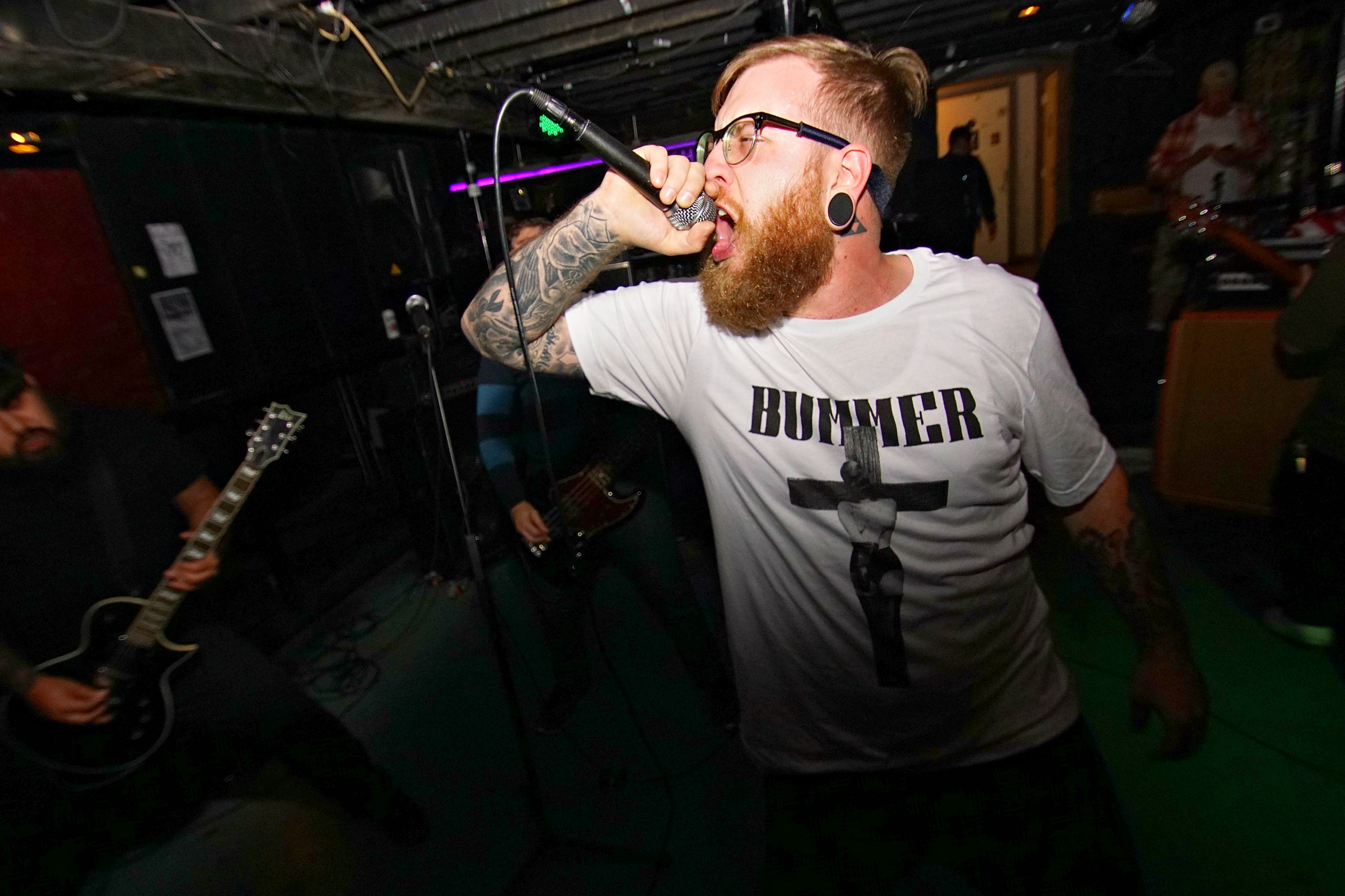 In a grand stroke of luck, three of the region’s most insanely loud bands discovered their schedules lined up for a Friday night rock show.

Set in the old cockfighting ring in the basement of Frank’s in North Lawrence, fans lined up against the rails as though they were about to watch a wrestling match. The bands delivered, and threw down one angry and angst-filled number after another. The People’s Punk Band is never short on political commentary, and Young Bull paused for a moment during their rhythmic ranger to dedicate a song to Sharon Jones (RIP). Headbanging for the entirety of a Young Bull set really ought to be a rite of passage for Lawrence music fans. Short Circuit, out of Joplin, opened up the night with crude jokes and roaring rock.