Watch: KD Kuro at the Taproom

Watch: KD Kuro at the Taproom 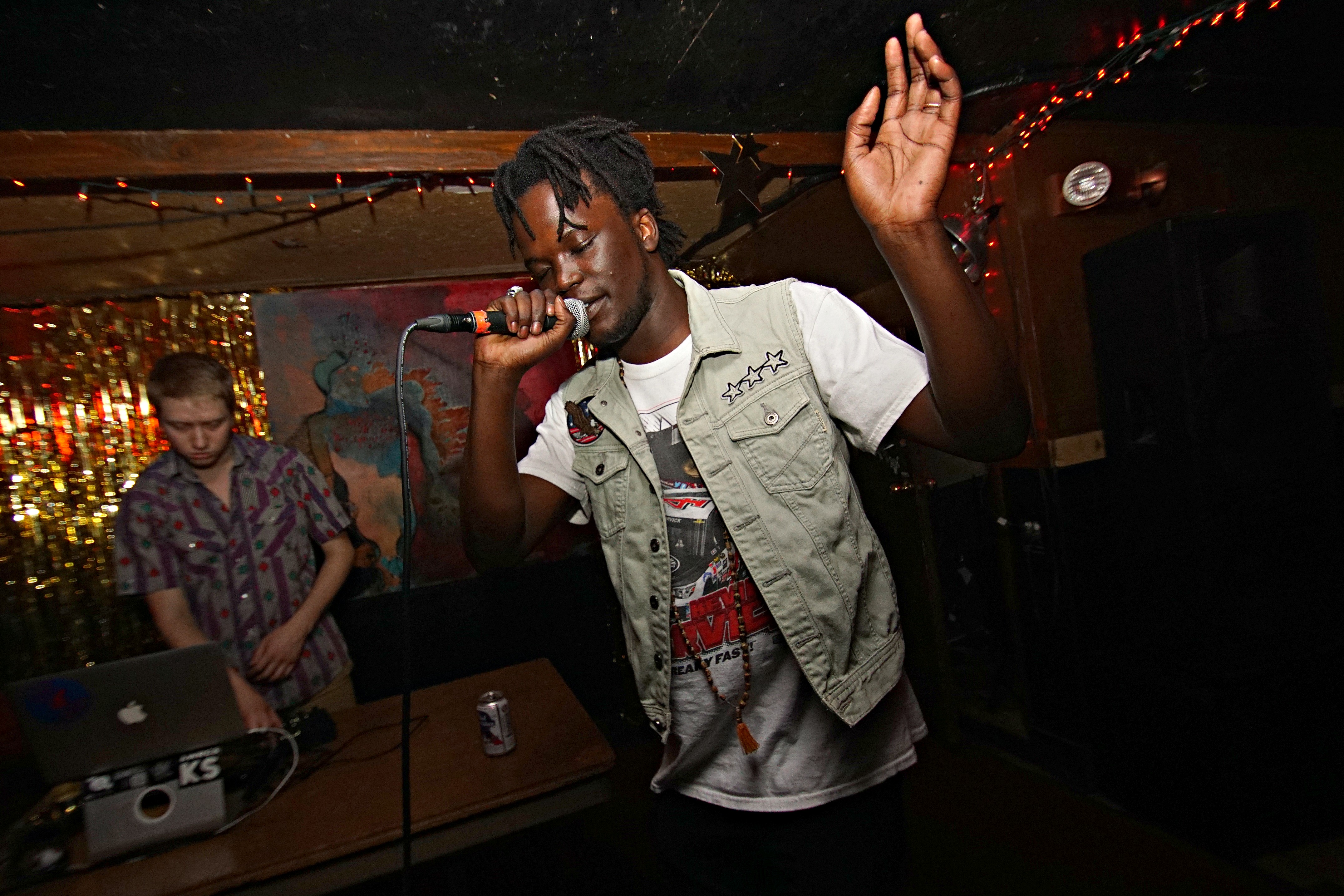 We can’t help but have a good chuckle when KD Kuro’s around. The Kansas City rapper has such a dry humor about him, it inevitably comes spilling out when he’s onstage.

The anime fan-turned-rapper has an internal monologue that generally comes out in fine form for his songs, touching on all the taboos and mental struggles that tend to erupt when you go toe to toe with yourself. But, there is a bit of cheekiness to his presence thanks to that dash of wit he can’t escape from. He can go from solemn to gregarious in the blink of an eye, and nobody knows what to do with that. So the possibilities are endless in his songwriting book.

Here’s a bit of what he sounded like on Thursday. It’s important to note that two-thirds of Ebony Tusks produce his songs, so he’s got a strong network backing him up.

Also, we absolutely cannot get enough of this track he recently released: