Photo Gallery: Easy Fruit / Schwervon! / Karen Meat and the Computer / Something and the Whatevers

Photo Gallery: Easy Fruit / Schwervon! / Karen Meat and the Computer / Something and the Whatevers 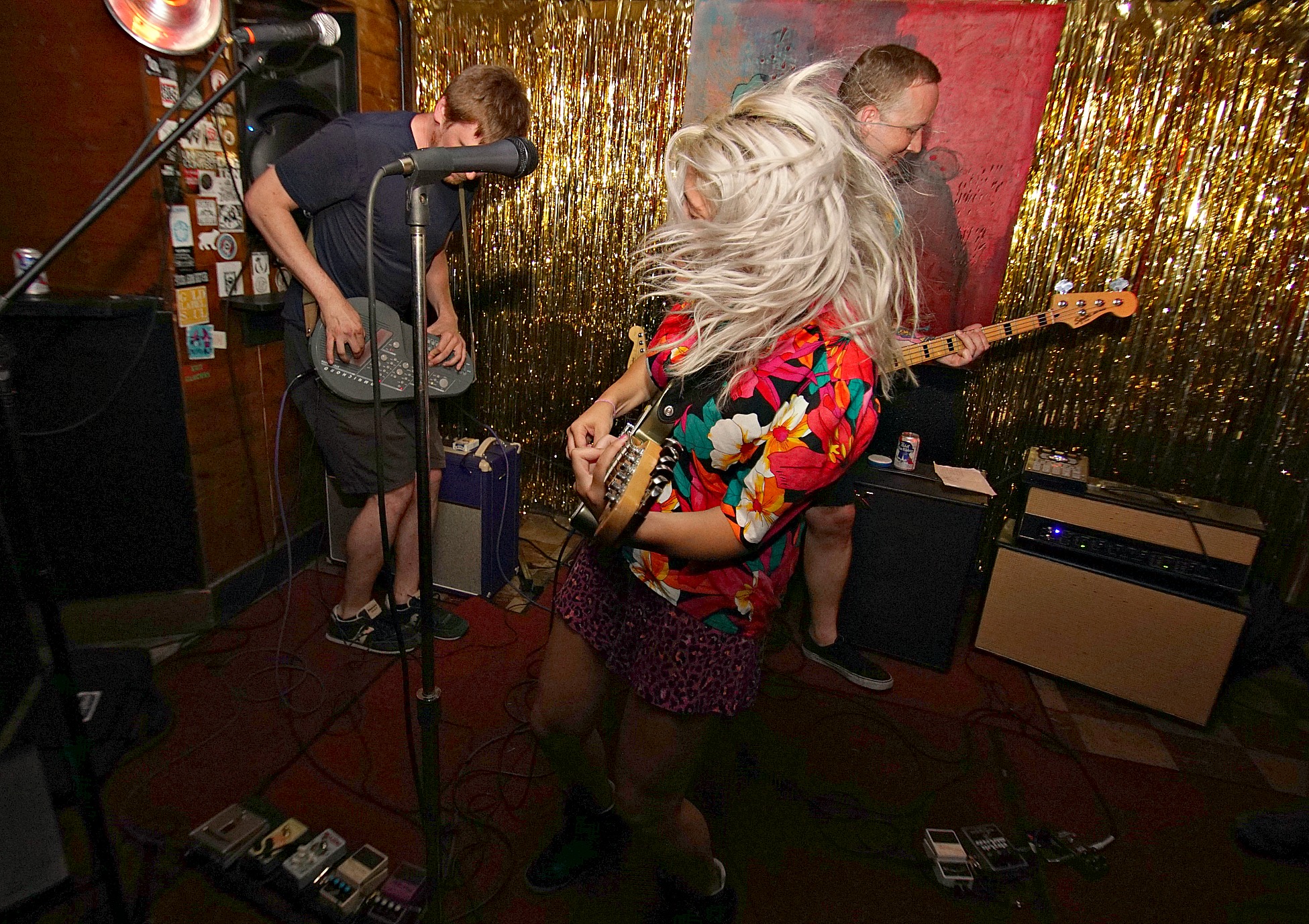 The Taproom was a fun place to be on Tuesday night due to a selection of upbeat and peppy bands, with half the lineup hailing from Des Moines. Easy Fruit, a band that played rapid numbers fast and furiously, were louder than your average rock band but kept the momentum high with a tempo that never faltered. They brought along Karen Meat and the Computer, a sing-a-long and danceable act that featured two vocalists who bantered back and forth with each other during their songs. They were joined by everybody’s favorite Kansa City duo, Schwervon! They came loaded with effortless talents and delightfully catchy songs (as well as drummer Nan’s spontaneous dance moves). Something and the Whatevers opened up the show, where they continued to explore themes of mental instability, dying alone, and other relatable failures.