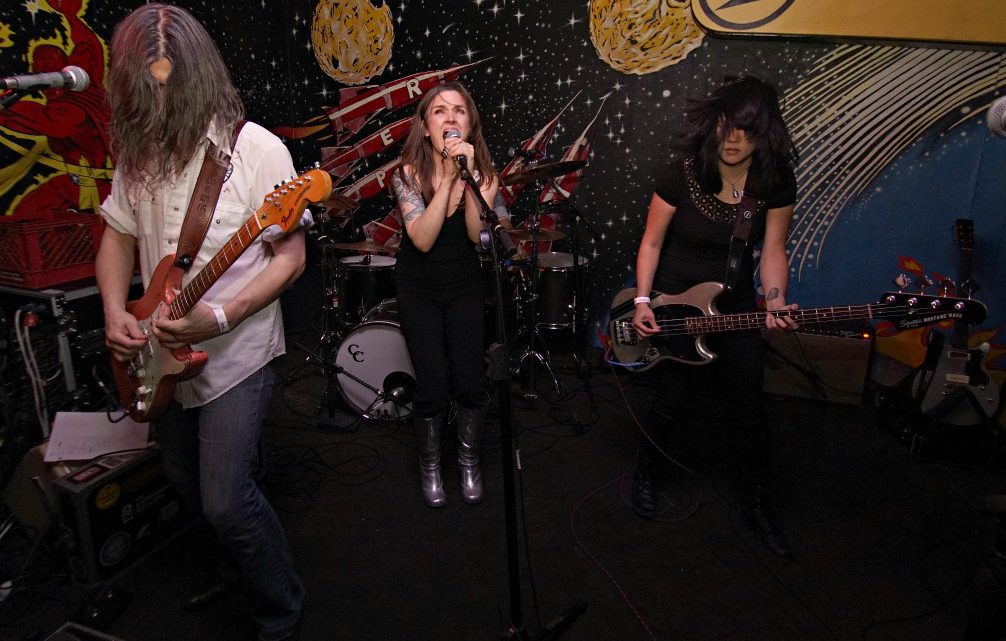 The Philstines celebrated the release of their fiercely psychedelic album, The Backbone of Night, at the Replay Thursday evening. They brought along thrilling guitar solos, vicious vocals, and plenty of booty-shaking. They were joined by Magnet School, a band out of Austin that brought a week’s worth of volume and fuzz. Stiff Middle Fingers opened up the show, where the punk rockers continued to wage a war against pants.

Previous Article Photo Gallery: Easy Fruit / Schwervon! / Karen Meat and the Computer / Something and the Whatevers