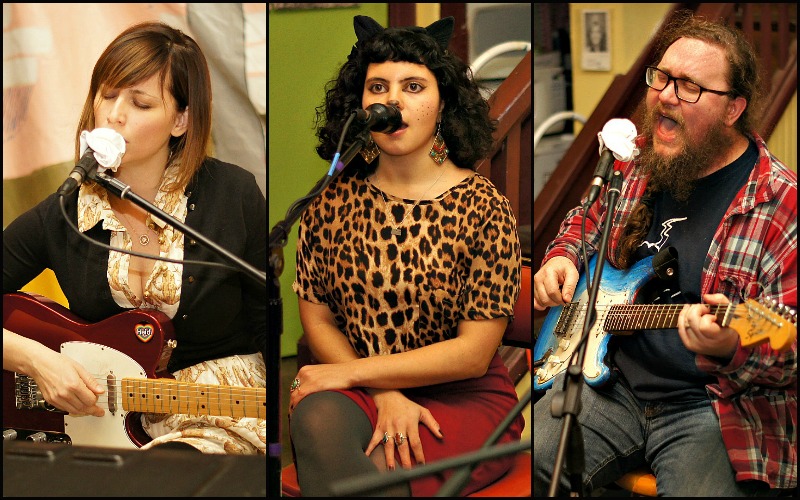 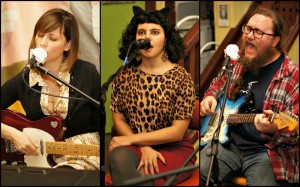 You could call it one of the more delicate events to hit Love Garden.

The Ovaries-eez, a band known for pitch-perfect harmonies and gentle calls to action, began their CD Release show by requesting that everyone take a seat on the ground. With a relaxed atmosphere in full effect, the band dived into their precious tunes bursting with nature, environmental, and feminist themes. Attendees were encouraged to dress up in homage of their spirit animal, so various members of the audience donned whiskers, pointy ears, or animal prints (as did Invisible Public Library and Heidi Gluck, who both performed that night).

The theme and requests matched the quirky and creative demeanor that tends to come from bands on the Whatever Forever music label. In this case, the label nurtured The Ovaries-eez from scratch– helping to form a bond between three creators who couldn’t have been more perfect for each other (both musically and intellectually) and encourage their musical journey over the last two years. The result is a community event that drew members from all parts of the scene out in support. The punk rockers, the indie crooners, and the experimental explorers were all in attendance– and later on, loyally followed the band’s march from Love Garden down the street to Wonder Fair to debut their music video.