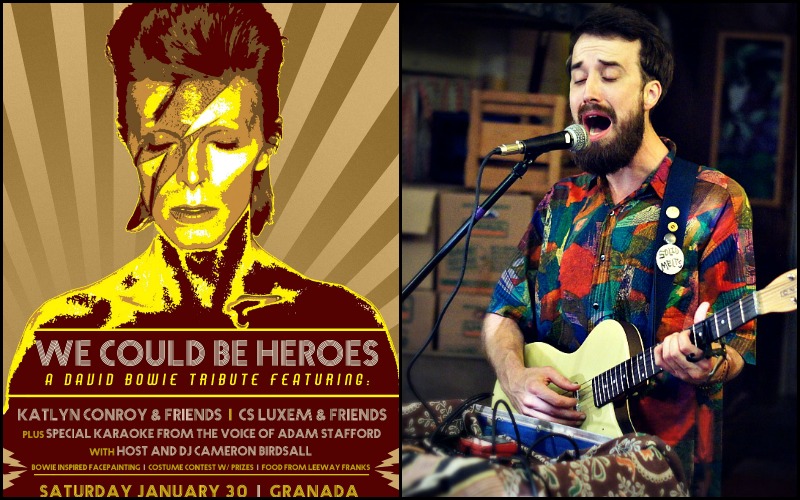 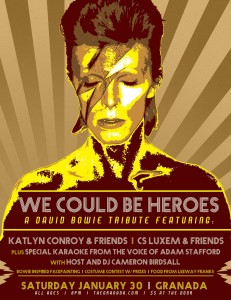 You could say Chris Luxem has been a lifelong fan of David Bowie. When he was in 2nd grade, he used to go over to his friend’s house and listen to Ziggy Stardust. When he grew up and moved to Chicago, he watched Seu Jorge— a musician who introduced his unique Bowie covers in the film “The Life Aquatic”— perform those songs in Portuguese. Luxem says that album was “pivotal” in his mind on how to cover songs.

Now, as a professional musician, he calls upon Bowie’s songwriting as inspiration in his own work. His love for the artist is one of the reasons why he’ll be hitting the Granada stage with a host of other local musicians for a David Bowie tribute this weekend. “I felt a rebirth of wanting to play his songs and go back and visit his songs,” Luxem says. “I just want people to enjoy themselves and find solace int he happiness of what he was able to be and create.” 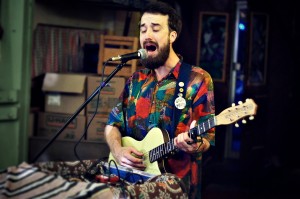 Luxem found out about the performer’s death the same way most of us did— by reading it through mournful status updates and links on Facebook. Like much of the world, Luxem found himself profoundly affected by the larger-than-life artist. “With his passing, that brought back revisiting of certain things. It’s a staple in my brain of how to construct songs, and how music can be used,” he says. “His overall demeanor and attitude is always intriguing because he’s uniquely himself all the time, no matter who he’s trying to be.” 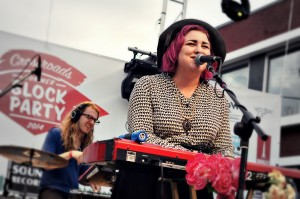 “We Could Be Heroes: A David Bowie Tribute” will feature a lot of local musicians who are also exploring their own demeanors and attitudes. Luxem will be joined by a sort of mashup of various bands, with musicians from Your Friend and Narkalark performing alongside him. Additionally, La Guerre’s Katlyn Conroy will be performing with her own group of Lawrence artists, many who jumped at the opportunity to honor the musician who influenced so many of their peers. “I feel like Lawrence is a melting pot of genres and ideals,” Luxem points out. “People in Lawrence, I feel, are very open to the idea of a lot of different images and having themselves represent a lot of different things… and that embodies the David Bowie spirit. You are a complicated creator and a complicated creature, and you have to ride that wave to the fullest extent. I feel like there’s a lot of really creative songwriting in Lawrence, and that’s a testament to the open-ended influence that Lawrence bands have.”

Beyond this performance, Luxem will be keeping Bowie’s influence tight in his musical career. “I’m always looking for a reason to perform, and his songs just feel good to sing. That’s the main reason for wanting to sing, is because it feels good.” he admits. “There are going to be a lot of posthumous albums that he set up, so there is more David Bowie to explore and experience. I’ll continue to explore his music. This performance is an amalgamation of his years and performance styles, but I always want to incorporate his music into my songwriting, or his own songs and reinterpret them.”

You can see CS Luxem, along with Katlyn Conroy and a host of other Lawrence musicians, reinterpret David Bowie’s styles this Saturday at the Granada. A portion of the proceeds will benefit children living with cancer at St. Jude’s Children’s Hospital.