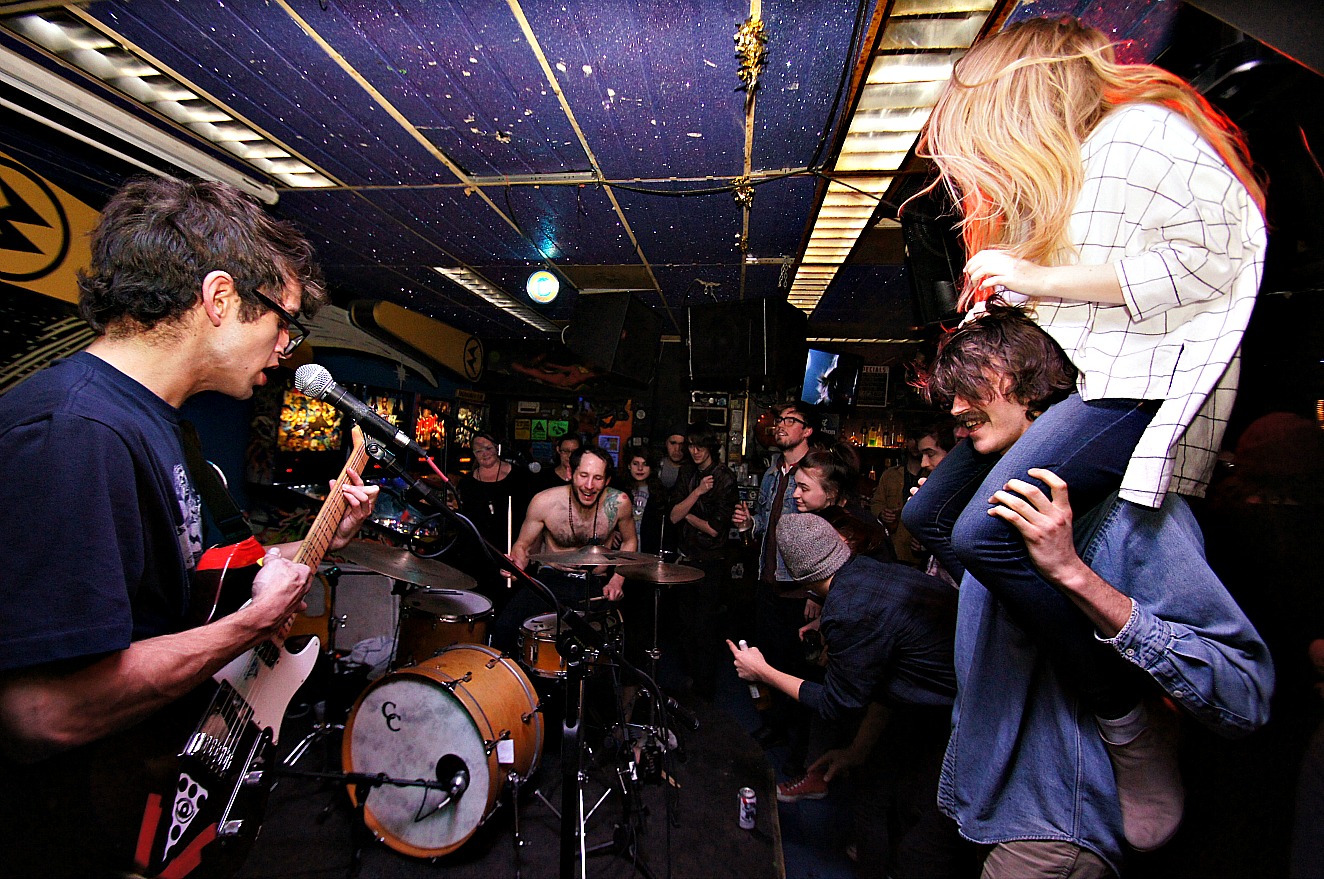 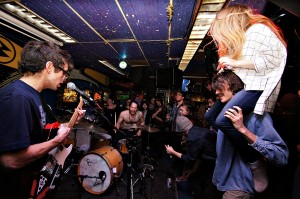 Chalk it up as one of the wildest Replay shows of the year.

As journalists, we don’t like to follow the same story over and over again… but Arc Flash is making it hard to avoid that rule. Every show we see from the space punks seems to get wilder and wilder. Friday night’s Replay set was exceptionally psychotic, with a fan frenzy unlike any we’ve ever seen. It was one of those shows that made you belligerently proud to be a Lawrencian. 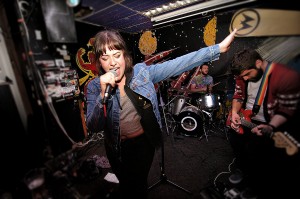 The craze began with Wendy Moira, a (still) fairly new punk band on the scene that has already built up a hoard of admirers due to their unruly stage manners. The guitar is fevered furor that never lets up, the drummer is constant calamity, and the vocalist is intimidating and charming at the same time.

It felt like Leggy, an Ohio band, really stole the show during their set. They’re no strangers to Lawrence (or the Replay), and have formed such a tight bond with musicians here that they’re in the midst of a tour with Arc Flash and Psychic Heat. The drummer for those bands steps in with Leggy when they’re on tour (Mark Osman is the James Franco of local music after all… he’s in everything). 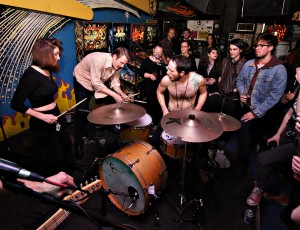 But the turmoil culminated in an explosive excitement when Arc Flash fired up their set. The band is delightful enough that even a drunken and brazen performance is still top notch. You’d never EVER want to follow a band like Arc Flash. They’ll positively derail an audience and throw all inhibitions out the window. Fans could barely keep off the stage, and eventually just started crawling around the floor, beating on the drums, and overall fucking with the band.

You want to know what mass hysteria over a band looks like? Go see Arc Flash at their next show (another Replay set this coming weekend). They play every week, and nobody has tired of them yet… and judging by the raging ruckus they tend to stir up, that won’t happen ANYTIME soon.

Sing and sway with this catchy Mat Shoare track