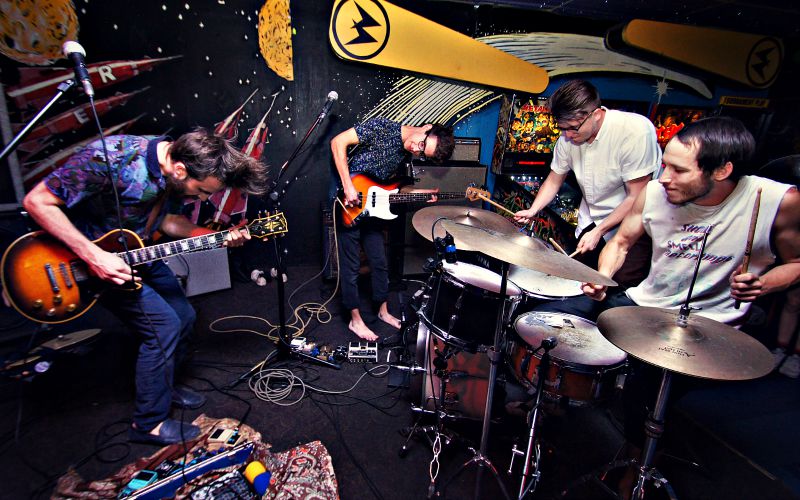 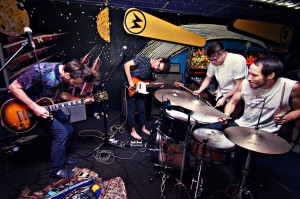 It wouldn’t be a proper Lawrence summer if we didn’t check in with CS Luxem. We found him in his natural habitat at the Replay this weekend and realized just how much his music has developed over recent months.

The video below shows him starting on a slower-paced song with deliberately repetitive and entrancing qualities, but the song eventually transcends into a high-paced and out-of-control frenzy. This is very indicative of his work now, and it almost feels like he’s setting an audience trap. You might initially show up to sway along, but before long he’s got you jittering and jiving all over the place. 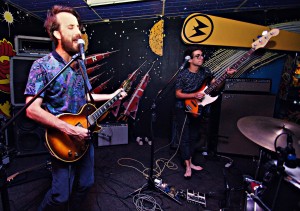 Luxem is always experimenting with tempos, and anymore experimenting with lineups. We enjoy his large core of musicians he tends to access, but this songwriter’s act has always worked best as a three-piece (although guest drummer Nicholas Stahl did appear for a song)… almost as though he’s got more control on the outcome when the perfect trifecta of musicians are onstage. He’ll need that control, considering the coordination he has to master. Whatever he’s doing on the guitar is a feat in itself, but if you lower your gaze to the ground you’ll notice his loafers equally as busy on the pedals.

Dream pop for the summer: The Blackbird Revue

"Thanks For Everything." Drakkar Sauna plays final show in LFK