Here’s one of the hardest working musicians in Lawrence 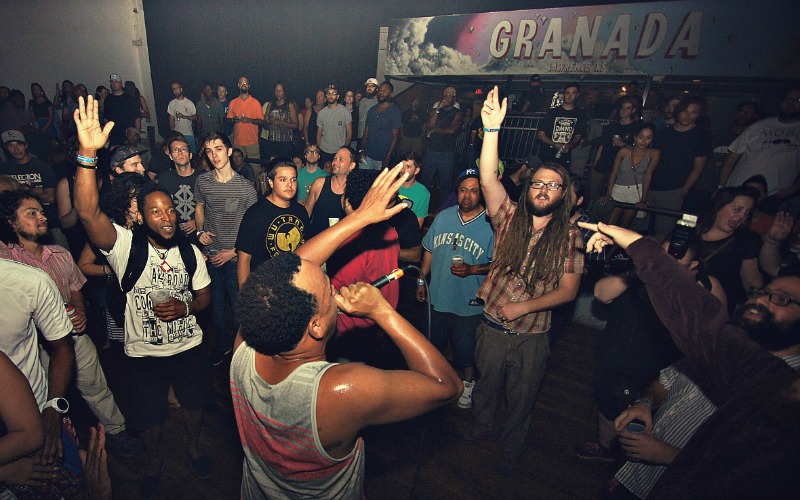 Here’s a fella that puts your busy days at work to shame.

On Saturday, Sean Hunt (you know him as Approach) earned his title as one of the hardest-working rappers in the area. He started by spending the day in the Lawrence Public Library’s Sound + Vision studio for a new series they’re launching (stay tuned). 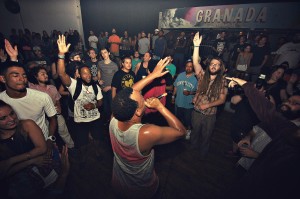 After that, it was off to the Granada to open for Talib Kweli. Approach just recently debuted Lincoln Marshall, his new collaboration act with MilkDrop. It was nothing short of astounding because when Approach performs, he puts his whole body into it. This guy started off strong, spinning and sprinting across the wide Granada stage. After a couple of songs, he was so unsatisfied with the audience’s reaction that he dove into the crowd and performed a few songs from the floor. A circle of fans formed around him, throwing their hands in the air and gleefully cheering along as he continued his high-energy pacing and flawless rapping. 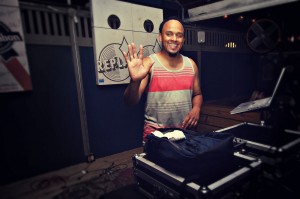 Approach didn’t even get to stick around for Kweli’s set because it was time to pack up and move down the street to the Replay, where he DJ’d into the early morning hours. This set was also pleasing to revelers on the dance floor as they (once again) threw their hands in the air in approval.

Does Approach sleep? Does he eat? We’re not sure. But we are certain that his endless hustling and hard work is the reason why he is hands down one of the most celebrated artists in this community.