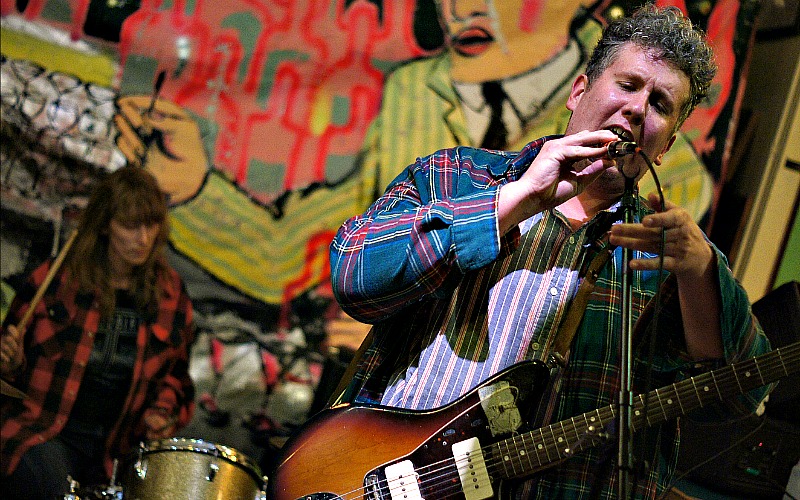 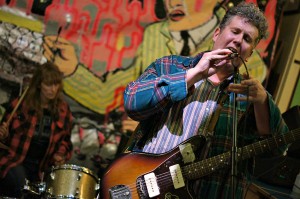 If you missed Bloodbirds, take comfort in knowing that they missed you, too.

Life happens. Babies are born. Bassists move away. But for one night, everything came together perfectly as the members of Bloodbirds found themselves in a familiar place once again. The garage rock trio got back together for a sludgy set at Love Garden on Friday evening.

You could tell these rockers missed the action because they came back with a ferocity. They touted music from a recently released album (although the tracks were recorded two years ago), but also broke out some old hits and even a couple of covers. They were so on point, you could hardly tell that they had taken such a long break. Here’s a classic example of how the band works the audience, as well as themselves, into a frenzy over the course of one song: 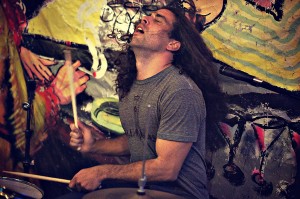 Bloodbirds were joined on this whim of a show by a whim of a band. Eye Contact debuted on this night, but it may also be their final show until they find a new drummer. The current one is moving away this month, but for now let’s appreciate what an absolute MONSTER he is behind the drums. The heavy distortion and racing bass lines this band nailed down had to compete for the spotlight with this wild-maned drummer: 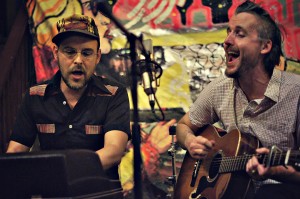 The ever-iconic Drakkar Sauna also treated Lawrence to a rare appearance. They huddled around their instruments, various pieces of percussion strapped to their feet, and indulged LFK in all things whimsical and folky.