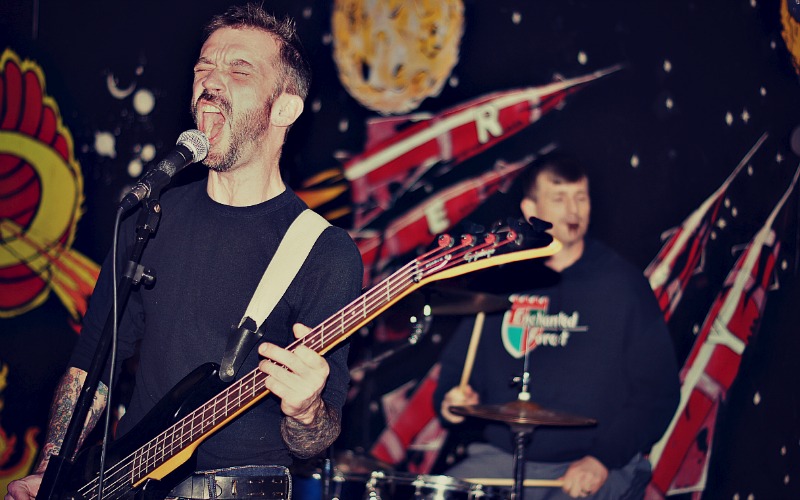 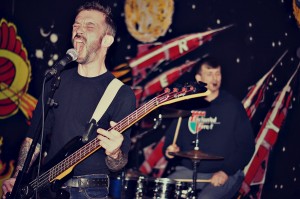 “This next one’s called I hate myself and I wanna die.”

Ponyboy went away for a little while. We don’t know where they’ve been, but it must have been a dark place.

It’s been a few months since the sludgy grunge duo’s last show. We all thought they had officially called it quits. But on Thursday night, they returned to the Replay with a different feel to their set. Before the break, they were fairly saucy. But the band now has a much more somber attitude. 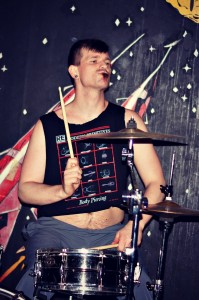 The lyrics are tortured and heartbreaking, but the rhythms are peppy enough to get stuck in your head. Thank God for those catchy bits, or else we’d all just surrender to sadness. Countering those mellow lyrics with more upbeat rhythms is no accident. That’s a deliberate move from frontman Charles McVey. He’s very smart and knows what he’s doing, and one of the few musicians left in town who comes off as a true artist. He plays impressive solos on his bass that make you never question why there isn’t a boring old six-string onstage. McVey’s growls and screams are really all the rage.

He’s got one of the more solid drummers in the area backing him up. David Zey’s big brawny frame owns that kick drum, and on this night he beat the drums so hard that a stick broke and flew out onto the front of the stage. He’s the kind of drummer you could listen to sound check for hours.

The set was packed with nothing but new songs and ended on a surprise Sabbath cover. Here’s one song we took to called “I hate myself and I wanna die.”