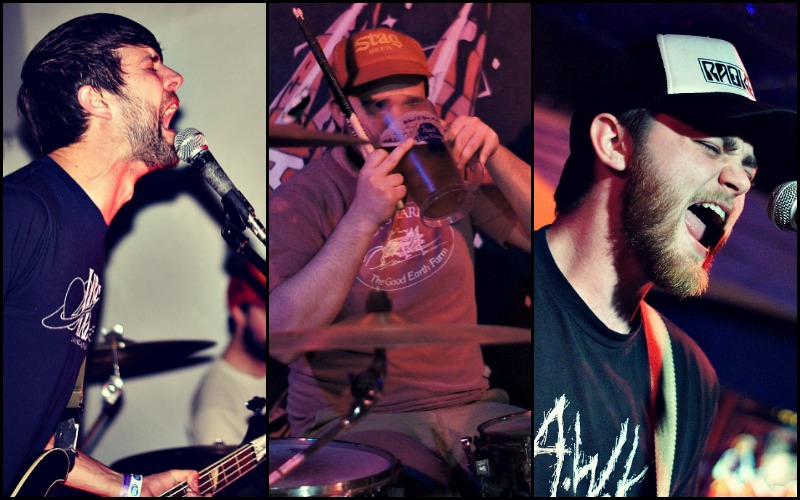 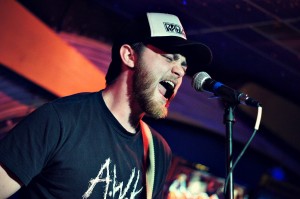 At just shy of 24 minutes, Gnarly Davidson’s debut release is either a full length, an EP, or a single. It is one track (broken into four parts according to their bandcamp page) of all out raw power and in your face shredding. The self-dubbed “beer rock” three-piece deliver the vocal one-two punch of Mitch Jones’ growl and Sam Gunnarson’s all-out scream. For the benefit of this review, I’ll refer to the song in its four-part format, but the continuous 24 minute version plays just like their live show: high energy and head banging fun. 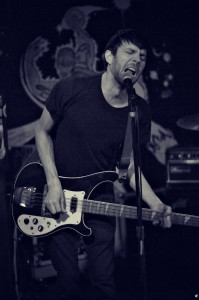 The ferociousness of Gnarly Davidson (I love typing this name) begins with the feedback transitioning to a nasty riff. The thunderous drums shake with the bass guitar and soon all three guys are chugging along, until Jones’ voice slams the train right off the tracks and into the fucking sky. “You got what you wanted, now burn” he howls. The first part buzzes it’s way into part II, letting Gunnerson take over the vocals. His familiar, aggressive yell fights with cymbal crashes and a furious guitar shaking the song apart.

Part III lets Jones’ take over again, but the guys quickly let the instruments do all the work with a hard rocking jam. This slows (barely) to a sinister guitar beginning the nearly 11 minute closer (and if you’re keeping track at home, the full 24 minute track has a five minute and change instrumental break; incredible). “So now I’ll calculate the difference between luck and fate” Jones sings when the vocals come back on part IV. The dudes don’t stay quiet for long and the head banging can commence as the guitar brings back that riff from part I and the band has come full circle. “You came in like a howling winter, all dressed in white/Came in like a ghost of December, and led me to the light.” It’s a wild ride all the way. 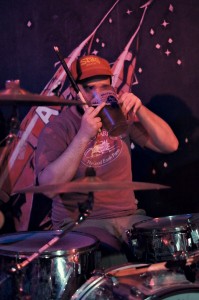 To be completely honest with you, I recently saw Gnarly Davidson twice in six days. They have the best name and best band to boot. The dudes are already experienced rockers in the Lawrence scene and have now blazed a new trail.

Yes, yes, a millions times yes. Sign me up. I’ll take all these guys have got.

Photo Gallery: The World Is A Beautiful Place & I Am No Longer Afraid To Die / The Hotelier